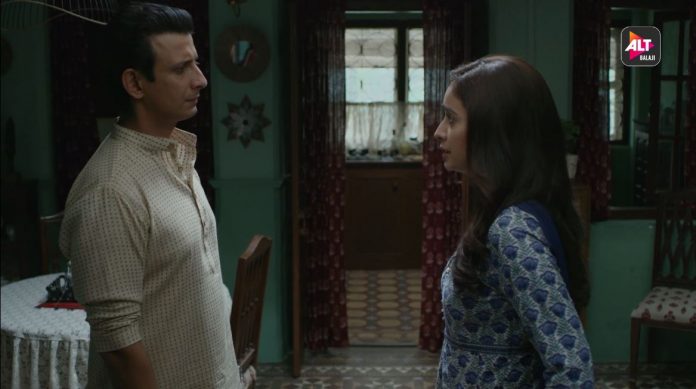 Baarish Alt Episode 14 Anuj gets arrested Anuj shares his problems with Zeenia and Saurabh. They scold him for taunting Gauravi and not responding to her gesture well. Zeenia asks him to meet Gauravi and sort out their issues. She asks him not to complicate his own marriage because of Rohit and Asmi. Anuj meets Gauravi to apologize to her. He realizes that he should have not hurt her. She asks Anuj to let Rohit and Asmi talk, since lack of communications increases the misunderstandings. She wishes that Anuj also realizes his mistake. She feels distant from him. Anuj and Gauravi bring Rohit and Asmi. Anuj feels she is happy in a relation with Manit.

He doesn’t spend time with her. Asmi thanks Gauravi for taking an initiative to unite Rohit and her. She asks Gauravi to mend her relation also. Gauravi asks her not to stress. Rohit promises the family of keeping Asmi happy. Gauravi doesn’t want to talk about Anuj. They both long for each other. Shreya gets angered to see Rohit and Asmi’s pictures. Rishi asks her not to be after those losers and focus on her life. Shreya tends to take drugs to forget her sorrow. Gauravi tries to stay happy in the state of pregnancy. She didn’t reveal it to Anuj. She talks to her baby in womb. Anuj cries for Gauravi.

She wishes the best for him and misses him. He also misses her. He wants her to stay happy with Manit. Gauravi stands under the rain. She hopes that the rains will change Anuj and her relation. She doesn’t know about the storm coming. Later, Manit shares an information with Gauravi. He tells her that Anuj is involved in diamond smuggling. She gets a huge shock.

Manit tells her that Rakesh is framing Anuj. Gauravi wants to alert Anuj so that he gets saved from the mess. Gauravi calls up Anuj to meet him. Anuj gets hopeful that they will be uniting. He gets ready to do anything to get her back in her life. He wants to reconcile with her. Manit asks Gauravi to make Anuj quit his job at Rakesh’s place.

They both head to meet Anuj. Anuj doesn’t get surprised. He doubts that Gauravi has come to reveal about her affair with Manit. Gauravi tells Anuj about Rakesh’s crime of diamond smuggling. Anuj doesn’t believe the rumours. He asks her to get the evidence before blaming Rakesh. Manit tells that he will soon get the evidence. Anuj asks Gauravi not to stain Rakesh’s name. Anuj asks her if she would quit her job at Manit’s office. He expresses his disappointment about their friendship.

Manit understands their problems. He takes her home. He asks her why isn’t she going home. She doesn’t want to tell the family about her problems. He makes a plan with Manit to get Anuj saved from Rakesh’s trap. Manit doesn’t think its easy to catch Rakesh. The police investigations go on. Anuj learns about the diamond smuggling. He realizes that Gauravi and Manit were right to warn him. Anuj gets caught by the police. Rakesh stays safe.

Reviewed Rating for this particular episode Baarish Alt Episode 14: 4/5
This rating is solely based on the opinion of the writer. You may post your take on the show in the comment section below.