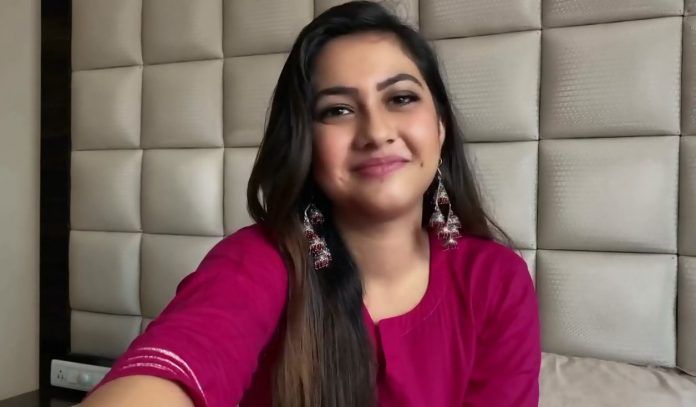 Tujhse Hai Raabta Latest Episode New entries twists Rane and Dekshmukh families come to Nasik to attend Sharad and Priya’s marriage. The marriage gets postponed when a fellow mate gets high fever. Malhar asks everyone to maintain social distancing to fight Coronavirus, just as a precaution. He asks the hotel staff to look after Anupriya well. Anupriya gets depressed. She can’t believe that Sarthak is giving her wrong medicines, which would make her lose memory.

Anupriya wants to delay the talks. She thinks to confront Sarthak later. She gets Kalyani’s saree in her bag and misses her. Kalyani reaches her room. She wants to attend the marriage and get free from the quarantine. She gets Anupriya’s call and happily converses. She expresses her frustration. She wants to know if Anupriya is fine. Anupriya tells her that their relationship is really strong, that she longs for her, but she doesn’t remember much. Kalyani asks her to stay happy. Anupriya tells her that Aao Saheb will be troubled to handle all the duties.

Kalyani hides the fact that she has got divorced with Malhar. She shares the hotel room with Malhar just to hide the truth. She doesn’t want anyone to know it. She asks for Pallavi, who is busy in decking up for the functions. She enjoys her time in the hotel. Aao Saheb complains about the roof leakage. The hotel staff explains her about the smoke detector system working. She asks them to get her room cleaned.

She wishes that the pandemic gets away soon and normal lives resume. She gives the good news to Kalyani that Anupriya’s memory will get back if she stays happy. She asks Kalyani to pose happy with Malhar, for the sake of Anupriya’s peace. Kalyani gets angry on Malhar, who isn’t caring for her. She then speaks to Sharad and Priya and promises to have rocking wedding preparations. Sharad reacts weirdly on seeing Kalyani. She tries to find out Malhar. She learns that he is with some girl. She gets jealous. She calls up Sarthak to know about Malhar. Sarthak is worried for Anupriya and shares it with Kalyani.

She doesn’t want him to worry for Anupriya. He tells her about Sharad’s bachelors party. He informs that Malhar has gone with the dancer Mallika to settle her in the room. Sharad tells Priya that Kalyani resembles Divya. She doesn’t believe it. He shows her Divya’s pictures. He has already invited Trilok in his wedding. Kalyani imagines Malhar flirting and romancing Mallika. She doesn’t accept that she still loves Malhar. She doesn’t want to think about him. Kalyani thinks there is a thief in her washroom. It happens to be Malhar.

He gets beaten up by her. She then questions him. He tells her that she is carrying his phone. She apologizes to him. She asks him if he had gone with Mallika. He asks her not to suspect him. He tells her that everyone knows about their divorce. Sharad invites Trilok on the call. Trilok is glad that Sharad’s wedding got postponed. He wants to get close to Kalyani. Malhar tells Kalyani that he is going to stay in another room. He grows Kalyani jealous unknowingly.