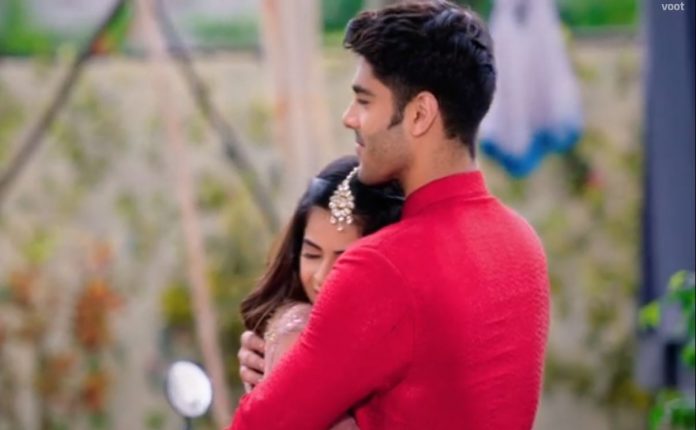 Shakti 16th July Heer shell shocked by Preeto’s cheat Heer gets devastated to see Chameli in disguise of Soumya. She wanted to know why did Soumya leave her for so many years. She can’t believe that Chameli and Saaya cheated her. She asks them about Soumya. Virat asks her if she isn’t Soumya. She tells that Soumya didn’t return for her sake, its a trap. She is much shocked. Virat doesn’t understand the game.

He recalls Nutan calling him. Nutan frees herself and calls Virat to inform him about Chameli and Saaya’s plans. Virat tells Heer that its a plan to emotionally blackmail her to cancel her marriage. She confronts Chameli for cheating her. She questions her unexpected betrayal. She doesn’t want to believe Chameli again. Preeto meets Saaya. She admits that she convinced Chameli to cheat her. Heer is much shattered to know that Preeto is behind everything. Heer confronts Preeto and Saaya for acting as family and backstabbing her like enemies.

The family reaches there and finds Heer questioning Preeto. They want to know Preeto’s deeds. Heer tells them that Preeto had used her weakness to stop the marriage. She feels that Preeto hates her so much that she can’t see her happy. She tells that Virat truly loves her. She regrets that Preeto ruined her happiness. Harak worries on seeing their clash. Heer doesn’t want to forget Preeto again. She hates Preeto and refuses to forgive her. She declares that she will marry Virat on the decided date and time. Heer apologizes to Virat.

She asks him if he will marry her. Virat tells her that she has called off the marriage in front of his family. She apologizes for getting fooled by her family. She is ready to apologize to his family. Preeto asks Harak to do something. She tells that she can’t bring Soumya back, she did the drama for Heer’s betterment. Preeto breaks down. Virat tells Heer that he will marry her. He cheers her up. He doesn’t want her to run away. She tells him that she will wait for his baraat. Soham is glad that Virat loves Heer so much.

He thinks Heer has chosen the right guy for her. He is sure that Virat will always keep her happy. Heer tells Soham that Preeto cheated her, while Virat is still supporting her. Soham asks her to start the marriage preparations. Parmeet calls up Preeto. Virat returns home and announces that the marriage is happening. Parmeet warns Preeto about Heer’s mistakes. Preeto knows that Heer’s life will get ruined after marriage. She wants to stop the marriage some how. Heer dances on the dhol music. She wants her family to be happy and proceed with the preparations. Soham wants the elders to apologize to Heer. She doesn’t want them to apologize.

Reviewed Rating for this particular episode Shakti 16th July Heer shell shocked by Preeto’s cheat: 4/5
This rating is solely based on the opinion of the writer. You may post your take on the show in the comment section below.