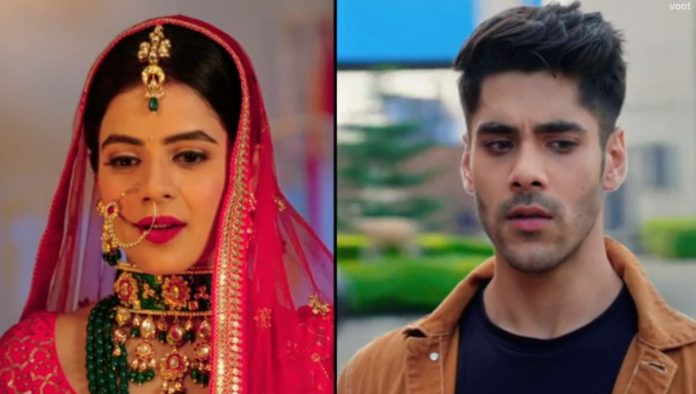 Shakti Tonight Virat shaken by Heer’s identity 17th July Preeto sheds tears for Heer. Harak tells her that they will have to tolerate this, if they have lost the fight. He accepts that he has lost. Heer happily gets mehendi applied on her hands. Harak tells Preeto that she are bearing the punishment for their deeds. Preeto recalls slapping Soumya on knowing her identity and throwing her out of the house. She recalls Saaya’s curse. She shatters.

Harak tells him that Virat isn’t Harman to accept Heer, when Heer breaks down, then they have to be prepared to shoulder her in pain. He tells that they will learn to strengthen Heer. Preeto thinks there is still one way. She calls up the kinners. Heer wakes up in the morning and is happy that Virat will get the baraat for her. Harak and Preeto call Virat at the temple. Heer gets decked up. Virat and Heer have a moment in their dream. They imagine their post marriage life. Virat reaches the temple and greets them.

He wants to know the reason for their call. He asks her if she is trying to stop the marriage. She calls Saaya and other kinners there. The kinners surround Virat and irritate him to the level that he shouts out his hatred for kinners. He wants the kinners to stop the drama. Saaya, Chameli and others doesn’t let Virat go for the marriage. Heer misses Soumya and Harman. She gets Harman’s blessings. Virat understands that Preeto has called them to trouble him. He tells that he won’t stop, he will go and marry Heer.

Chameli asks him to choose one of the kinners. He asks them to stop the nonsense. He tells that he is sympathizing with them because of Heer. Heer thanks Mahi for supporting her. Mahi expresses her love for her daughter. Rohan and Soham prepare to do the rituals for Heer. The brothers have an emotional moment. Soham tells him that he will always protect her from every problem. He is sure that Virat loves her a lot.

Virat asks Preeto how can she tolerate the kinners insulting him. Preeto then reveals the shocking truth to him that Heer is one of the kinners, she is also a kinner. Harak and Preeto reveal the truth to Virat, the big reason that they have been stopping him from marrying Heer. Virat thinks they don’t love Heer, and still trying to stop the marriage by saying such a disgusting thing. He wants the kinners to remember their limits. He asks them to stay away from the kinners. He criticizes the kinners.

Rohan asks Heer to face the problems herself, since he won’t be with her in her in-laws house. Virat asks the kinners not to touch him, he hates them. Preeto asks how will he spend his life with a kinner. Virat asks what does he mean. She tells him that its truth that Heer is a kinner. Virat is shattered with the truth, that changes his life and also his feelings for Heer. Heer awaits Virat, being dressed as his bride. What will Virat decide? Keep reading.

Reviewed Rating for this particular episode Shakti Tonight Virat shaken by Heer’s identity 17th July: 4/5
This rating is solely based on the opinion of the writer. You may post your take on the show in the comment section below.