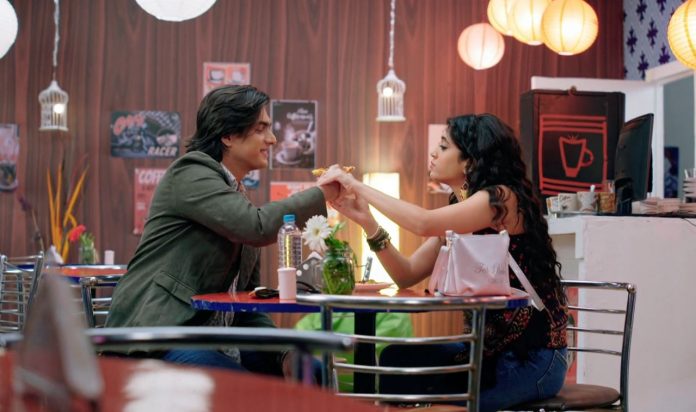 YRKKH Kartik Tina affair promo 18th July 2020 Sita gives a clarification to Goenkas for her decision to hire Tina. She tells them that Tina is like a storm, which may be beneficial for them in the form of light if given a good direction. She adds that she wants to support the girls in finding employment, when they are exceptionally talented. She wants Tina to work hard and find an aim in life.

She thinks this will be good for Naira as well, since Tina will stop bring shame for the family. Kartik and Naira don’t think Sita should give a job to Tina. Sita asks Naira to pass Tina’s phone number so that she can speak to her. Naira gets into another fix. Sita gets adamant and gets the contact number. Naira doesn’t answer the call. Sita leaves a message for Tina and blackmails her so that she joins the job at her office.

Naira tells Goenkas that Sita is blackmailing her for the job, else she has threatened to not support Goenkas financially. Kartik and Manish wonder what would Naira do now, since the matter is going out of their hands. Dadi asks Naira to save the house, which is the last sign of her husband. She doesn’t want to lose her house or mortgage it temporarily. Manish understands Dadi’s sorrow. Naira too feels bad for Dadi. She tells Kartik that she is doing everything for the family, but didn’t intend to hurt Sita’s sentiments.

She feels Sita is making her helpless to become Tina once again. She wants Kartik to support her like he always does. Kartik knows her good intentions and also her tremendous efforts. He tells her that he will support her, but she needs to be careful in her plans. She gains strength from him. He tells that he has to find a backup plan, another investor beforehand, if Sita refuses to give them a loan. He is also troubled and wants to meet Manish’s expectations.

Kartik gets busy in meeting the investors, while Naira heads to Sita’s office to annoy her further. Naira as Tina creates a big scene at the place so that Sita fires her right away. Naira gets to see Sita’s patience in handling Tina. She embarrasses Sita in front of her employees. Even then, Sita just sees her talent in her work. She wants Tina to reform and bring pride for the family. Goenkas stay stressed about their financial status. They think to keep the house mortgage if Kartik and Naira fail to get any loan.

Sita asks Naira to sign the work contract, but Naira refuses outright. She tells her that she will make her own contract for the job. She tries to frustrate Sita so that the latter regrets for giving her a job. She gets to meet Sita’s son, who acts to be very valued and grounded. Sita tells her about Kundan, who displays her ethics and morals all the time. Naira doubts him by his strange behavior. Sita and Kundan have a talk about funding Goenkas’ business.

Kundan doesn’t think that Goenkas have any scope to regain their lost place in the business circle. He asks Sita to not make any investment in Goenkas group. Naira gets worried on hearing his advice. Sita tells Kundan that Goenkas are really a good family, she has met them and found them confident to win in this tough situation. She wants to invest in their company and make a good deed by supporting them. Kundan advises her against it. Naira doesn’t want Sita to come in his words and cancel the loan.

She misbehaves with Sita once again to anger her. Sita wants Tina to turn obedient and patient. Naira storms out of the office. Sita follows her. Naira meets Kartik at the cafe and shares her feelings. She tells him that she felt too bad to disrespect an elderly lady. She also tells about Kundan, who is against funding Goenkas. Kartik tells her that he is also trying to arrange help for the family business. He lightens her mood. Naira wants to be positive. She hopes Sita funds the company.

They share a pizza and also a cute moment. He takes care of her. Sita reaches there and finds Kartik with Tina. She suspects them to be having an affair. She decides to meet Naira and reveal Kartik’s affair. Sita rushes to Goenka house and creates a huge drama over Kartik’s disloyalty, which comes as a shocker for them. Kartik gets helpless to reveal Naira’s truth to her. What will happen next? Keep reading.

Reviewed Rating for this particular episode YRKKH Kartik Tina affair promo 18th July 2020: 4/5
This rating is solely based on the opinion of the writer. You may post your take on the show in the comment section below.