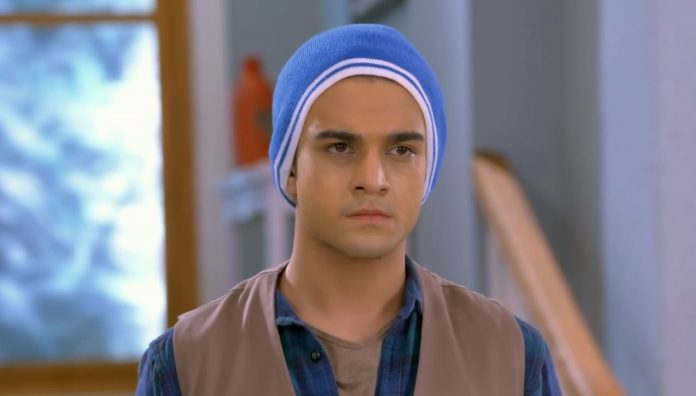 She is happy that the children are happy. Chobey gets to hear their talks. He gets angry knowing Dida is fixing Ranbir and Prachi’s alliance. Dida praises Prachi. She wants to unite the lovers. Pallavi asks what will they do of Maya. Dida doesn’t think Ranbir will marry Maya. Sarita is also worried because of Maya. Dida asks her not to think so. She tells that she will buy a saree and give shagun to Prachi. Sarita dances and shares the good news with Shahana. She tells that Prachi and Ranbir’s marriage is fixed.

Shahana can’t believe this. She wants to give a surprise to Prachi. Maya’s mum looks for her. Chobey tells her that his reputation will be ruined if the party knows about Ranbir’s deceive to them. He tells that they are rich because he is in politics. He doesn’t want his image to get ruined. He tells that he has sent the mall staff girl to the mental asylum. He wants to send Prachi to jail, knowing she has an affair with Ranbir.

He asks her to threaten Prachi and stop her. She knows his mad rage. He tells her that he will kill Kohlis and Prachi’s family if they cheat him. She gets worried. Ranbir and Prachi have a moment. Maya turns jealous. She tells Ranbir that she wants to tell something. Ranbir asks her to go ahead. He tells Maya that he will come to her house and get punished by her, he can publicly apologize to her, but she shouldn’t involve her dad in their matter. Maya feels bad. Prachi thinks he has gone mad.

Dida and Pallavi see Prachi keeping an eye on Ranbir and Maya. They find Prachi jealous. Dida goes to buy the saree. Pallavi tells her that he will call Abhi and inform him that Ranbir has found a girl for himself. Dida tells her to tell Abhi that the girl is his daughter, since he regards Prachi as his daughter.

He tells her that he is more like a goon than a hero. She tells that her dad will be glad to know his wicked side. Ranbir speaks ill about himself. Maya tells that she loves bad boys. Pallavi teases Prachi to be her Bahu. Dida and Pallavi tell Ranbir that they have heard Prachi and his love confession. Ranbir tells them that they shouldn’t believe anything random. He tells that his plan failed once again, Maya loves him. Maya rushes when she sees Rahul. She gets happy to see him. Prachi keeps an eye on them. She asks Aryan to just follow Rahul. Aryan asks who is he. She tells that he will soon understand the story.

Reviewed Rating for this particular episode Kumkum Bhagya Preview Tonight Twists 21st July 2020: 4/5
This rating is solely based on the opinion of the writer. You may post your take on the show in the comment section below.