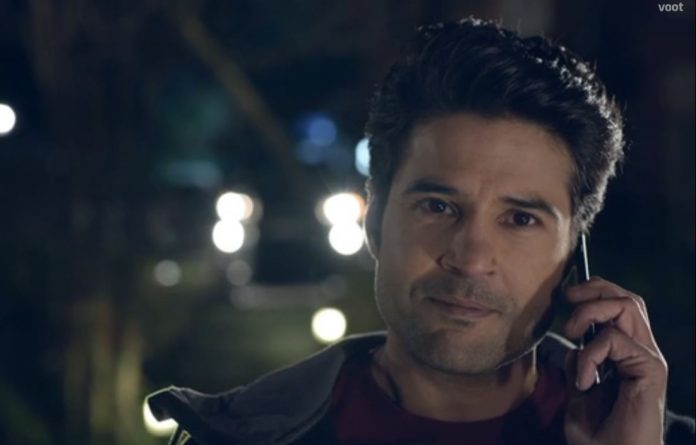 Marzi Voot Exclusive Episode 5 Nothing to lose Nitin advises Sameera to be careful in her plans, since its risky for her life. Sameera tells that its Anurag’s plan and she will be just answering him. Nitin tells that he is ready to help her, even when he is suspended from his job. Sameera apologizes to him. He tells her that he is already stuck in big trouble. She gets him in her plans. They decide to meet outside the hospital.

She asks him about Isha. He lies to her. He sends a voice message to Isha. Rashmi gets her checkup done. She tells the doctor that she was feeling unwell since the morning. Doctor tells her that there are some wounds. She does the ultrasound and tells her that the baby is fine. Rashmi tells her that her husband Ajay isn’t in the city. The doctor advises her not to take chances with the baby. Rashmi realizes that someone has taken advantage of her.

She asks the doctor to do her blood tests, on suspecting Anurag. Sameera reaches Isha’s house and tells her about Nitin. She finds Isha lying to her. She catches her lie and confronts her. Isha doesn’t want Sameera to get depressed knowing about Nitin and her. Sameera asks Isha to admit her affair with Nitin. Isha cries to apologize to her. Sameera feels Isha had snatched Nitin from her. Isha tells her the truth. Sameera feels disgusting.

She realizes that Nitin broke up with her for this reason. Isha asks Sameera not to hate her. Shaan finds the sisters arguing and crying. Sameera asks Shaan to ask Isha about it. Isha apologizes to Shaan as well. Sameera sheds tears on being cheated by Isha. Rashmi learns about the test results. Doctor tells her that there is no trace of drugs in her blood stream. Rashmi gets confused. Nitin waits for Sameera. She scolds him for hiding about his affair with Isha. She feels that she deserved the truth. Nitin apologizes to her.

Subodh invites Rashmi in his daughter’s birthday. Rashmi asks him about the drugs trace findings. She asks him about the drug symptoms. He asks her if any new case has come. She doesn’t think to tell him. Sameera gets overdrunk to forget Nitin and Isha’s cheat. Anurag goes to meet his mum. He hides the some memory cards in the house. He checks some videos secretly. Rashmi speaks to Subodh. She tells him that everything isn’t fine. She wants to share her doubts. Isha apologizes to Shaan. He tells her that he has always given her the freedom, but she has done wrong to cheat him. He doesn’t want to forgive him.

Sameera gets dangerous in her plans. She has nothing to lose now. She thinks to trap Anurag in her plans. She gets drunk and meets Anurag at the cafe. He asks the reason for calling him for a meet. She reminds him that they had dinner at the same place that night. She provokes him. He tells her that she is too drunk. He asks her to stop humiliating herself and go home. She wants him to stop his drama. She tells him that he has won and broke her down, he should be celebrating his victory. He tells her that she had filed the case on him and ruined his name.

He suggests her to stay away from him if she accepted her defeat. Sameera leaves from the cafe in the drunken state. Anurag goes after her. She asks him to drop her home. He asks her if she trusts him. She asks him if he is scared of her and every woman whom he cheated. She asks him if if anything wrong happened with him in his childhood. She injects the drugs on his neck. He feels heavy in his head. She rushes him in the car.

She brings him to some under construction building. Rashmi finally confides the truth to Subodh. He gets angry knowing Anurag had raped Rashmi. He tells her that he will not leave Anurag. Rashmi tells him that they have to trap Anurag by investigating the case further. Subodh agrees to help her. Rashmi asks him to go home for his daughter’s party. Subodh tells her that his duty comes first. He tells her that she won’t get tired in her fight now. Subodh promises to not let Anurag go. Anurag gets conscious and finds himself tied up. Sameera asks him the reason for his hatred towards women. She reminds him the drugs he had administered to her.

He asks if she had drugged him. He calls her mad. She asks him not to be scared of the truth and admit it. Rashmi tries to get evidences against Anurag. She tells him that she didn’t find any evidence, but right now, Anurag’s phone is tracked in the middle of the jungle, which is really odd. She thinks to check about Anurag. Sameera tells that when nobody is able to help her, she got the help from the internet. She threatens to kill him. He tells her that she won’t be spared by the police. She scares him.

He accepts that he had raped Falak and then provoked Barkha for suicide. Sameera tells him that she had planned to get him caught by the police. Anurag tells her that the plan can backfire anytime. He frees himself from the ropes. Sameera runs for her life. Anurag chases to kill her. Rashmi reaches there on time, when Anurag was hurting Sameera. Sameera tells her that he was trying to kill her. Anurag blames Sameera. Rashmi scolds him for raping her. She tells that she tracked his phone. Anurag loses his cool.

Rashmi tells Sameera that she can’t arrest Anurag right now, since the drug traces will be found in his blood. She doesn’t want Sameera to get blamed. Anurag makes a leave. Rashmi tells Anurag that if anything is found at her home, then he is finished. He takes her warning light. Rashmi and Sameera share their sorrow.

Reviewed Rating for this particular episode Marzi Voot Exclusive Episode 5 Nothing to lose: 4/5
This rating is solely based on the opinion of the writer. You may post your take on the show in the comment section below.