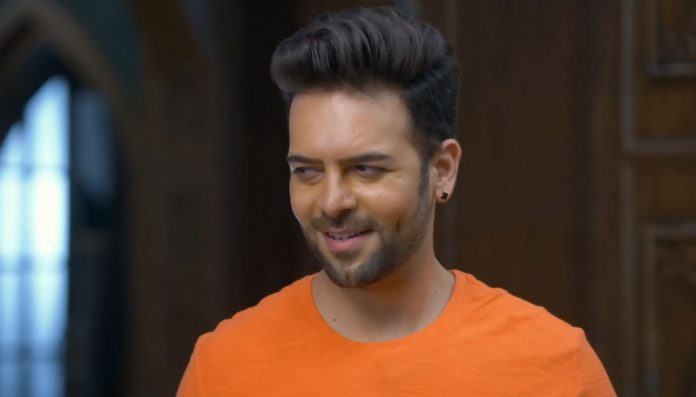 Kundali Bhagya Rana accuses Preeta 22nd July 2020 Prithvi hurts Preeta and makes an escape. He thinks to enter the storeroom and hide there with Rishabh. Shrishti finds Preeta hurt and asks what happened to her. She gets angry on knowing that the masked man has done this with her. Preeta asks her to calm down. She tells that the kidnapper will not run far, since she has hurt his leg by the flower vase. Karan and his family look for Rishabh.

Prithvi gets a relief that they left. He is much hurt. He hides Rishabh and scolds him. He is angry on Luthras and Preeta. He wants to end the game by making a winning streak. He tells that he will not lose, he will always win by using his next plan. He tells that its time to have his back up plan in action. Preeta and Shrishti get a vital clue in the form of Prithvi’s ring. Preeta tells Shrishti that its the engagement ring which she gifted to Prithvi. She tells her that Karan maybe right, Prithvi maybe the masked man. Shrishti gets angry on Prithvi.

She tells that Prithvi didn’t return the ring after the engagement broke, it means he is here. Preeta tells that she won’t spare him if he is doing so wrong by kidnapping Rishabh. She gets desperate to find the truth. Preeta and team finally find Prithvi. They get to save Rishabh. Sherlyn feels everything got over. Preeta asks Rishabh if he is fine. Rakhi cries for her son. Preeta tries to bring him to consciousness. Shrishti asks Sherlyn to help her in catching the masked guy. Sherlyn gets helpless. Karan and Mahira reach there.

Sherlyn asks Prithvi why didn’t he run away when she told him. She asks him to push her and run away. Karan cares for Rishabh. The masked man pushes Sherlyn and tries to run. Preeta stops him and shows the ring to confront him. She asks him if he is really Prithvi. She scolds him for hurting Rishabh so much. She tells that she will unmask him and get him punished. Mahira doesn’t want Sherlyn to get trapped. Sameer goes to call up police. Preeta tells that she has promised to show the kidnapper’s face. She wants him to believe her. Sherlyn fears the worst outcome.

They unmask the kidnapper. They get a huge shock on finding Rana instead Prithvi. Karan asks Rana who is he and why did he do this. Karan slaps him. He beats him for kidnapping Rishabh, Preeta and him. Sherlyn gets a big relief on seeing him. Rishabh tells them that the kidnapper wanted him to sign the papers. Sherlyn identifies Rana. Rana tells Preeta that its his ring. Sherlyn thinks where did Prithvi go. Sameer wants for the cops. He calls the inspector and informs that they caught the kidnapper. Prithvi gets glad and makes a leave.

He misleads the inspector. He recalls that he has changed his clothes with Rana and made the plan to get Rana caught instead him. He wanted to clear Preeta’s doubt on him. He asks Rana to save himself from Luthras and police if he can. He wants to run away and save himself first. He postpones his plan to ruin Rishabh. He bribes Rana for taking the risk. He tells that he will pay double and make his life easy.

Rana agreed to him for the sake of money. Prithvi is thankful to Sherlyn for alerting him at the right time. He feels free that he is still a hero for Preeta. He thinks none can catch him. Rishabh beats up Rana. He wants to know who is the enemy, who paid him for the kidnapping crime. Rana agrees to tell the truth. Mahira asks Sherlyn about Rana. Sherlyn knew that Rana can’t be trusted. She thinks he is going to name Prithvi as his boss. Rana shockingly names Preeta as his boss. He accuses Preeta for planning the kidnapping.

They think he is signing towards Sherlyn. Luthras don’t believe that Sherlyn can do this. Rana tells that its the truth, Preeta had paid him. Luthras get a shock. Preeta and Shrishti get a bigger shock.

Reviewed Rating for this particular episode Kundali Bhagya Rana accuses Preeta 22nd July 2020: 4/5
This rating is solely based on the opinion of the writer. You may post your take on the show in the comment section below.