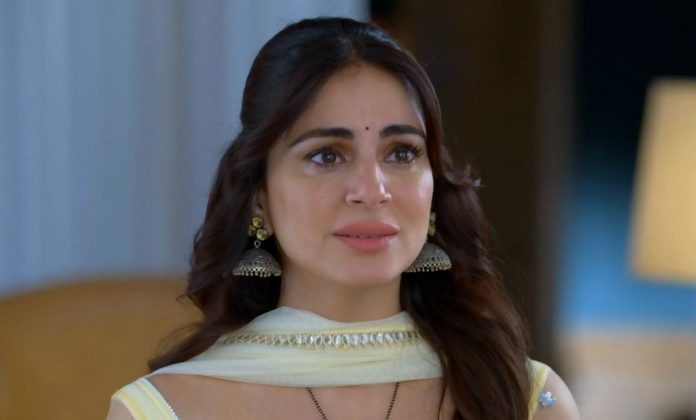 High Five Spoilers Promo Tellyreviews 24th July 2020 Kundali Bhagya Zee TV Upcoming today Karan blindly believes Mahira. He really thinks that Preeta tried to stop his marriage and went to the extent to kidnap Rishabh. He hates Preeta for the next unexpected crime. Mahira tells him that she was afraid to lose him, since he didn’t keep his promise before. She reminds that he promised to marry her but didn’t, because of his family problems. Karan tells her that he remembers everything, but this time he will definitely keep his promise and marry her. He invites Preeta in the wedding, trying to see if she really cares for him.

He tells Preeta that she has to standstill and watch the wedding rituals, if she really has no feelings for him. Preeta accepts his challenge and is ready to be part of his wedding. Mahira doesn’t want Preeta in her wedding. Karan and Preeta go through an emotional turmoil. They have feelings for each other, but the misunderstandings have drifted them apart.

Bondita may become the reason for the family to lose the opportunity of conducting the Mahapuja in their house. Trilochan stays stressed that she may commit some mistake and put him into big trouble. Binoy wants Trilochan’s pride and prestige to stay unharmed. She asks Saudamini not to do anything against Bondita. Anirudh tries hard to solve Bondita’s problem.

Trilochan and Anirudh try to help Bondita so that their family doesn’t face any disgrace. Trilochan gets influenced by Anirudh’s words that every problem comes with a solution, just they have to find it. Anirudh thinks the herbal remedies will help Bondita. Trilochan’s solution is a critical one. He doesn’t think Bondita would be able to carry the process. He also wishes that Trilochan doesn’t get hurt after losing the Mahapuja opportunity, that would bring prosperity in the family.

Heer can’t accept Soumya’s identity truth. The crisis breaks her down. She didn’t expect Virat to ruin her life and punish her because of Soumya’s truth. She decides to end her life, holding Soumya responsible for her sorrow. Preeto conceals the truth that Heer also belongs to the kinner community. She doesn’t want Heer to commit suicide on knowing the truth. With much difficulty, Preeto convinces Heer to move on in life. Heer and Virat cross their paths once again. What will happen next? Keep reading.