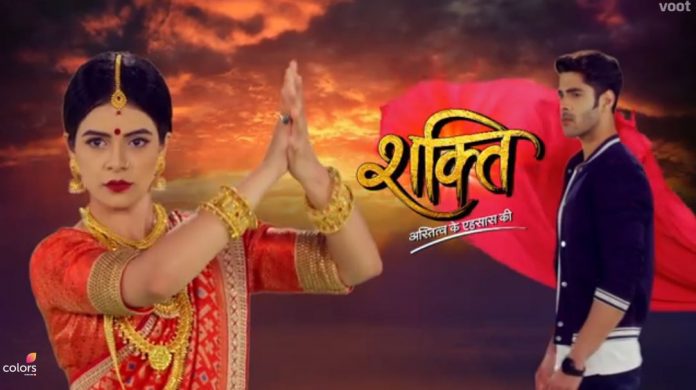 Shakti Update 27th July Heer shocking kinner avatar Heer runs out of the house in much anger. Soham is also raged on hearing the truth. He recalls Soumya and throws her picture. He shows his hatred towards kinners. He hates her a lot. He feels she didn’t deserve to be called his mother. He expresses his anger. Rohan stops his madness. Soham tells him that he can’t accept Soumya in his life in his mother’s place. Rohan slaps him.

Rohan can’t blame her. He owes a lot to her. Shanno likes the fights in the house. She wishes that Soumya was there to see all this, how the children are hating her on knowing her kinner identity. Nutan reaches Saaya and tells that Heer learnt about Soumya’s kinner identity. Saaya worries for Heer. Heer runs on the road madly. Rohan calms down Soham. Virat’s words affect Heer a lot. She thinks of him. She misses him. Virat also thinks of her. He feels this should have not happened with him.

Heer thinks everyone lied to her and cheated her. She doesn’t know why is Soumya a kinner, why did Soumya ruin her life. She thinks to die. She can’t live without Virat. A robber reaches her and threatens her. He asks for her jewellery. She gives her jewellery. She snatches his gun and runs madly. Parmeet comes to meet Preeto, but gets welcomed by Shanno. She tells that she doesn’t want to have any relation with Singh family. Parmeet sees the sorrowful ambiance around.

Soham tells her that Soumya won’t get accepted in the house, if any kinner dares to enter the house, then he will kill that kinner. He promises Parmeet. Shanno knows that Soham will become Heer’s big enemy. Heer reaches the temple. She gets remorseful on the truth of Soumya. She tries to end her life. She wants to prove herself right. Saaya will come to rescue Heer’s life.

Reviewed Rating for this particular episode Shakti Update 27th July Heer shocking kinner avatar: 2/5
This rating is solely based on the opinion of the writer. You may post your take on the show in the comment section below.