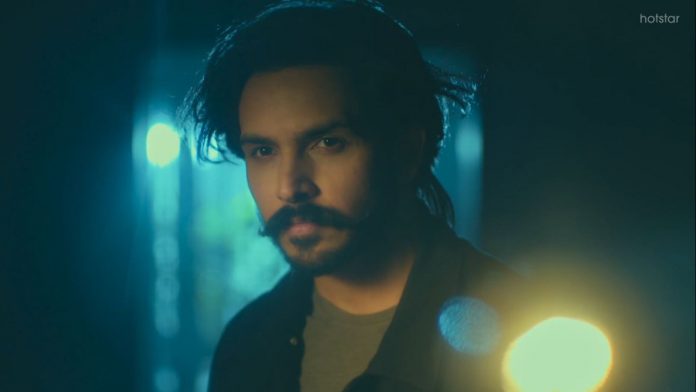 Yeh Jadu Latest Rehan enters as Aman’s savior Roshni tries to find a way to save Aman’s soul from leaving the world. She prays for him and gets a solution through the Ayana book. The birds get the book for her to help her out. Roshni gets sure that the book contains a solution for Aman’s life. She wants to prove that her love for Aman is true, she worships Aman and would snatch him from the fate. She gets the book to the family. They together hunt for the possible solution.

She tells the family that she is helpless to reveal about Parveen’s background, her sister Nasreen and Nasreen’s son Rehan, who is also a demi-jinn like Aman. She tells them that Rehan is much powerful like Aman. She praises Rehan’s powers and is sure that he would save Aman. She tells Roshni that she can find out Rehan’s location by the Jinn book. She informs Roshni about Rehan and asks her to just rush. She tells that they have less time to save Aman’s soul. Roshni hurries and reaches Rehan’s house. She doesn’t get a good welcome by Nasreen, who attacks her to get revenge. She hates Parveen and her entire family.

Roshni begs her to save Aman. She tells that Aman’s life is in danger and just Rehan can save him by drawing the magical potion out of the ground. She tells Nasreen that its not time to settle scores. Nasreen gets bitter. She doesn’t like to help Roshni. She angers Roshni with her insulting statements. Roshni gets compelled to attack her. She asks Nasreen to call Rehan. Rehan reaches there to save his mum from Roshni. He misunderstands her. He punishes her by his powers. Roshni gets helpless and tells him that Aman’s life is in danger.

She pleads him for help. Rehan gets emotional on hearing Aman’s name. He agrees to help Roshni. He uses his powers to pull out the magical potion from the ground. He asks Roshni to pick the bottle fast else it will disappear. He adds that he won’t be able to get the potion again. Roshni gets obstructed by Nasreen, who wants Aman to die. Nasreen stops Roshni from picking the potion. The black jinn arrives to take Aman’s soul with him. Before Roshni returns home, the Jinn takes the soul with him. Roshni loses Aman. She heads to strike a deal with the Jinn.

Reviewed Rating for this particular episode Yeh Jadu Latest Rehan enters as Aman’s savior: 4/5
This rating is solely based on the opinion of the writer. You may post your take on the show in the comment section below.