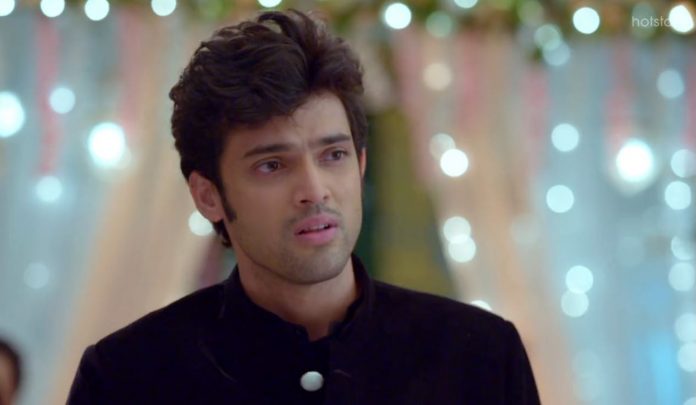 Kasautii Starplus Update Moloy confronts Anurag 17th August 2020 Prerna dearly misses Samidha. She feels Samidha has brought her happiness back. She learns to smile again all thanks to Samidha. Samidha gets hiccups and feels someone is missing her. She meets Priyanka to know if she is missing her. When Priyanka tells that she didn’t think of her, Samidha thinks its Prerna who is missing her. She asks Priyanka to call Prerna right away so that she can talk to Prerna and stop her hiccups. Priyanka agrees to her wish. She calls up Prerna to make her talk to Samidha.

Prerna gets glad to know that her feelings have reached Samidha’s heart. She admits that she was missing Samidha a lot. Samidha’s hiccups stop in a moment. She expresses her wish to meet Prerna again. Prerna invites her home. She tells that Samidha can come any time along with Priyanka, who still has decoration work going on. Prerna feels happy to have her. She misses her daughter. She thinks Samidha fills her daughter’s place.

On the other side, Kaushik feels guilty that Kuki is suffering because of his mistake. He calls her up to know if she is feeling okay. She asks him to just express his feelings and not keep silence else she will hang up the call. Kaushik asks her if she is over the sorrow of rustication. He tells her that he knows she is innocent, he trusts her, he will try to solve the mess. He doesn’t confess that he is the one who leaked the exam question papers from his phone.

He lies to her and acts friendly. Kuki asks him to imagine her sorrow. She can’t think of any way to prove her innocence. He asks her to have faith that everything will be sorted. She thanks him for showing faith on her. Kaushik drops the revenge plans. He feels sympathy for her. Meanwhile, Prerna and family welcome the guests in Shivani and Ronit’s Sangeet ceremony. Komolika wants to turn Prerna jealous.

She asks Anurag to pretend to be happy and in love with her. She compels him again. He tells her that he is forced to smile when he is with her, but he is good at the drama dragged since eight years. He can’t be his own when he is with Komolika. Prerna doesn’t feel jealous, since she hates Anurag now. She thinks he doesn’t deserve her time or memories. Mr. Bajaj feels uneasy about the family. He doesn’t like going abroad by leaving his family behind. He cancels the deal which could have given him big profits. He shows his emotional side again.

He informs Prerna that he isn’t able to leave for London due to a strange feeling about his family. He wants to return home to Prerna. Prerna asks him to return home and speak to her, she may help him get rid of the dilemma. Anurag looks for Sneha. Moloy too wishes to meet Sneha. He wants to clear Prerna’s misunderstanding about Anurag, so that at least Basus can meet Sneha. He knows that Prerna can never come back in Anurag’s life and time has passed now. He tries to talk to Prerna about Sneha.

Prerna tells him that whatever Anurag did with her, she doesn’t have any complains with Moloy, who is a fatherly figure for her. She shows utmost understanding, respect and faith on Moloy. Moloy gets pleased and wants to ask about Sneha. Veena hinders their conversation. She doesn’t want Moloy to spoil Prerna’s mood. Similarly, Anurag tries to clear Kuki’s misunderstanding. He apologizes to her for signing the rustication form without checking it once. He tells that he will have the enquiry done soon and call off the rustication. Kuki doesn’t believe him. She thinks he is taking revenge on her.

He tells her that he can never wish anything bad for her, she is still the same little girl who he loves a lot. She doesn’t think he is still the same Anurag, who could do anything for Prerna’s love. She tells that she will get a clean chit after the proper enquiry of the case. Prerna gets mad seeing Anurag with Kuki. She wants him to be away from Kuki. Anurag expresses his hatred for Prerna to hurt her further, so that she becomes more strong mentally and moves on in life. He wants to see her successful and strong.

Moloy learns about Anurag’s biggest cheat. He confronts Anurag about attempting to kill Prerna and also losing Sneha forever. Anurag confesses his plan of protecting Prerna from Komolika’s madness. Will Prerna ever know Anurag’s huge sacrifice? Keep reading, like, share and comment your opinion below.

Reviewed Rating for this particular episode Kasautii Starplus Update Moloy confronts Anurag 17th Aug: 5/5
This rating is solely based on the opinion of the writer. You may post your take on the show in the comment section below.