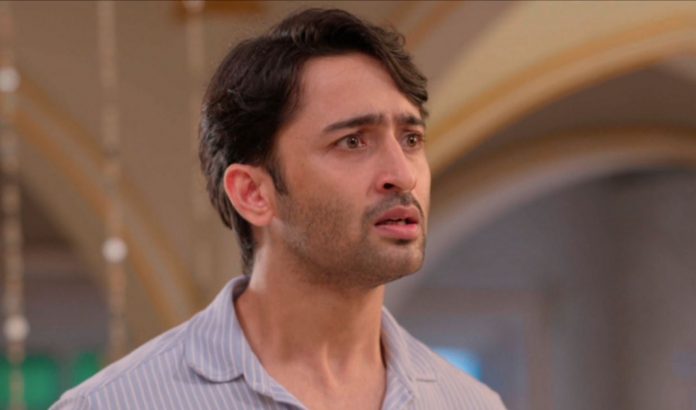 Star Plus Rishtey Pyar Ke Abir’s weirdest stunner 17th Aug Nirmala questions Rajvansh family about Mishti. She wants police to arrest Mishti. Rajshri enquires about Varun. Nirmala tells that he has some important work. Rajshri exposes Varun’s lie by showing him live on the tv screen. She tells that Varun has gone to meet the blackmailer and very soon everyone will be knowing his truth. Nirmala gets confused. She wants to know why are they framing Varun.

Meenakshi asks her to watch Varun’s confession. Mishti and Kuhu try to fool Varun and make him confess the crime. Varun suspects that someone is behind the plan. He doesn’t confess anything. He acts clever. He admits that he has to marry Ketki and the day is special for him, he is ready to pay any amount to the blackmailer and get rid of tensions. He tells that he wants to head home and marry Ketki. Mishti knows that he is acting cleanly. Varun tells that he will leave if none comes to collect the amount.

He doesn’t confess the crime of murdering Karan. Mishti gets helpless to run in front of him and stop him, even when she had promised to wait for Abir’s arrival. She takes the risk and stops Varun. He realizes that it was Mishti who was blackmailing him till now. He takes her lightly.

He knows that she can’t prove anything without his confession. She asks him to admit that he has killed his brother. He tells her that she is herself responsible for it. She tells him that she has defended Karan’s attack, but she didn’t kill him. She reveals that Varun has killed Karan to snatch the property and business. She knows Varun is more evil than Karan. She asks him the reason for not saving her from Karan if he was really present at the site. She seeks her answers.

He doesn’t want to answer anything that works against him. He tells that he loved Karan a lot. She asks him not to lie and admit his crime. Nirmala gets angry on Mishti who is framing Varun with the wrong blame. She doesn’t want to lose her other son. Kaushal informs Abir that Mishti is confronting Varun, she is in trouble. Mishti questions Varun about Karan’s broken watch. She tells that the watch is a proof that he had been at the accident site, he didn’t save her and instead killed Karan.

She tells that he will get punished for his crime. Varun loses his cool when Mishti provokes him further. He confesses that he has killed Karan for the sake of property. He tells that Mishti won’t get saved either. He assaults her with an intent of killing her. Abir reaches there on time and saves Mishti. Abir and Mishti get victorious. They prove Varun’s crime and get him arrested. The family celebrates happiness with Mishti’s return. Meenakshi wants Mishti to stay happy. The family sings, dances and unites happily. They want to be together at all times. Abir promises to never leave them.

Abir gets a dream of Rajshri informing him about Mishti’s pregnancy. He lives his joy in the dream. He soon wishes that his dream turns true. He wants Mishti to bring bundles of joy in the form of a new member in the family. He tries to discuss about planning a child with her. Abir and Mishti perform the puja and look ahead for Janmashtami celebrations at home. Abir makes a prayer that he soon becomes a father. He is much relieved that there is no problem in his life now. He thinks its the best time to plan a child. Abir gifts her a Bal Gopal to give her a hint.

Mishti and Kuhu promise Parul that they won’t fight and decorate the Jhanki together. Meenakshi is sure that their relations will not turn sour. Kunal gets a good news that he is being awarded with the Best Businessman of the Year. Kuhu wants her pictures to appear in the interview. Abir finds them very excited. Abir raises an objection to Kunal’s success and shocks him. Kunal is ready to leave any achievement for Abir’s sake.

Mishti can’t believe Abir’s weird behavior, which is much against his caring personality. She asks him not to upset the family. Abir plays a prank on Kunal and family. He thinks he has fooled everyone by his acting. Later, Abir and Mishti spend good time together. The family celebrates Janmashtami. Kuhu makes a blunder and upsets Mishti again.

Reviewed Rating for this particular episode Star Plus Rishtey Pyar Ke Abir’s weirdest stunner 17th Aug: 5/5
This rating is solely based on the opinion of the writer. You may post your take on the show in the comment section below.