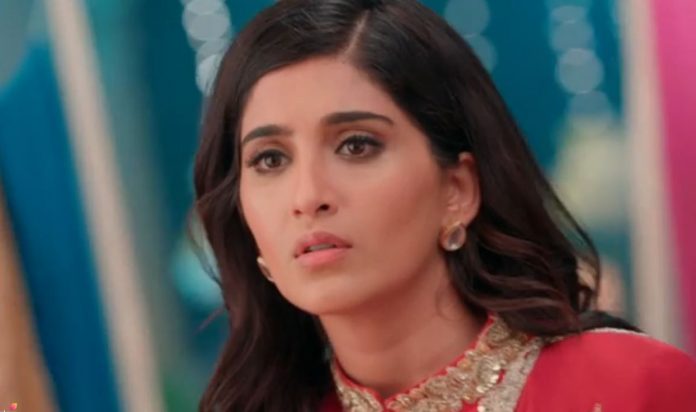 Choti Sardaarni Upcoming Meher falls for Sarabjeet Rane tries to spy on Vikram. Vikram speaks to Aditi and asks her to come soon, the pizza is already delivered. He gets some bad smell from the pizza. Param talks to Yuvi on the video call. He feels that Meher is the best mumma. He wants to prove it to Yuvi. He shows his understanding towards little Karan. Yuvi wishes that his mum was also like Meher. Meanwhile, Meher feels love for Sarabjeet. She respects him a lot. She hugs his shirt and recalls their moments.

Sarabjeet comes to give her a rose. She gets happy to spend time with him. She imagines him. She feels she has fallen in love with him. She is glad that he has become her life. Her dreamy romance comes to an end when he really comes and dances with her. She realizes that he is really there and feels awkward. She tries to conceal her feelings. Sarabjeet realizes that she is feeling for him. He tells her that he is talented to handle her every time she falls down. She learns that Karan is suffering from fever. Meher and Sarabjeet rush to take care of Karan.

They try to reach Aditi and get medical help. Param tells Meher about his plans to meet Yuvi. Sarabjeet apologizes to him. He asks him to postpone his party with friends. Param asks him why is he lying and snatching his happiness. He turns raging and misbehaves with them. She asks Meher to keep her promise. Meher tells Param that Karan will cry if he screams. Param tells that his friends will laugh on him.

Aditi asks Meher and Sarabjeet not to panic, Karan’s fever will subside soon. Meher worries for Param, who feels lonely. Meher cries on seeing him crying. She apologizes to him. Param calls her a bad person and goes away. He locks himself in the room. Sarabjeet goes to convince him with love. Param tells that they have no time for him. He doesn’t want to be with them. Meher tells Sarabjeet that they didn’t keep their promise, Param isn’t wrong on his front, they should do anything to keep their children happy.

Kulwant’s sons want to find out if Vikram is Manav. Aditi reaches Vikram’s house. She finds Vikram at the door and hugs him. Vikram suspects that someone is hiding in his house. Rane hides from him and enters the storeroom. Sarabjeet and Meher plan a surprise for Param. They make sure that Param gets his lost smile back. Param gets surprised by the lovely decorations for his party. He likes them dressed as the cartoon characters. Meher wins Param’s heart again. Param loves the party. He wants them to pamper him. Karan needs their attention too.

Meher attends Karan. She tells Karan that she will spend the rest of the day with Param. Param asks Karan not to cry. Meher puts Param to sleep. Sarabjeet worries for Karan’s health. Meher stays awake at night to look after the baby. Sarabjeet and Meher succeed in taking care of both their children, who mean their world. Sarabjeet tells that they won’t face any problem now. How will Vikram ruin their happy family? Keep reading.

Reviewed Rating for this particular episode Choti Sardaarni Upcoming Meher falls for Sarabjeet: 4/5
This rating is solely based on the opinion of the writer. You may post your take on the show in the comment section below.