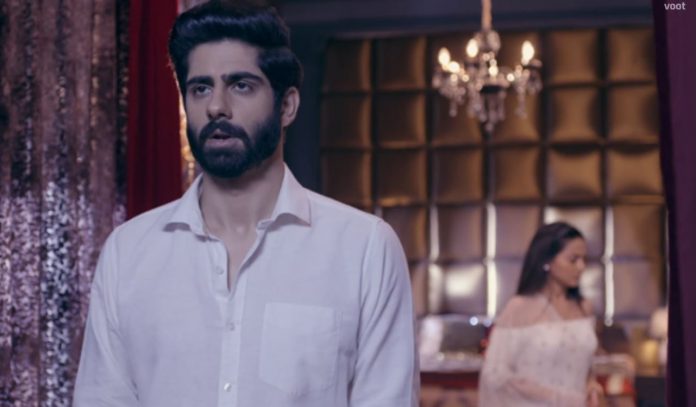 Ishq Mein Marjawa Spoiler Riddhima falls in danger Riddhima tries to enquire about Ragini. She fails to get her answers after questioning almost everyone in Vansh’s family. She finds them hiding a big secret. She doesn’t know what’s hidden, if Vansh has really killed his ex-fiancee. She can’t believe that he runs illegal business and is also a cold-blooded murderer. She thinks if Kabir wanted to expose Vansh’s murder crimes as well. She connects the dots and realizes that Vansh has really killed Ragini and then put up her statue to satisfy his ego.

She wants to find a way to inform Kabir about her latest finding about Vansh. She fails to call him, when Ishani comes in between and hinders her plan. Riddhima gets worried when Ishani calls Vansh to confront her. Riddhima makes a lame excuse, which makes Vansh suspect her lie. He asks Ishani to respect Riddhima. He then asks his sister to keep an eye on Riddhima, since her behavior is really getting odd. Riddhima doesn’t give up.

She finds Ishani spying on her. She gets an idea to inform Kabir about Vansh. She pretends to write poetry and seeks Siya’s help. Siya hands over her phone to Riddhima. Riddhima texts Kabir the message in poetry. Kabir receives her message and realizes that she wants to inform him about Vansh’s crimes. He doesn’t delay in knowing her code message. Riddhima so wishes that he comes to meet her by understanding the secret message in the poetry. Kabir knows that she has taken a big risk to message him and schedule a meeting.

He tells Mishra that he will risk his life to meet Riddhima, who would be waiting for him. Kabir regrets to put her in danger. Riddhima realizes that Vansh can kill anyone when his rage erupts. She stays strong and wants to play the game well. Ishani snatches the phone to check whom did Riddhima message. She finds the poetry and doesn’t find it interesting. She updates Vansh about Riddhima’s new side coming up, that of a poet. Vansh gets more suspicious of her. He thinks Riddhima is more of a mystery for him. He gets into a romantic moment with Riddhima. He doesn’t fall for her, since his main aim is to decode her truth.

He tells Riddhima that she is really complex like him, he is finding it really difficult to understand her reality. He tells that she is really multi-talented, she is a physiotherapist, a party planner and also a poet. Riddhima bonds with Dadi. She tells Dadi that she will be going to perform the puja. Dadi permits her to visit the temple. Riddhima gets ready to meet Kabir. Vansh spies on her. He finds her leaving the house. He wants to know the secret friend of Riddhima. He looks ahead to find Riddhima’s truth, but will he succeed or will she come up with another convincing lie to trick him? Keep reading.