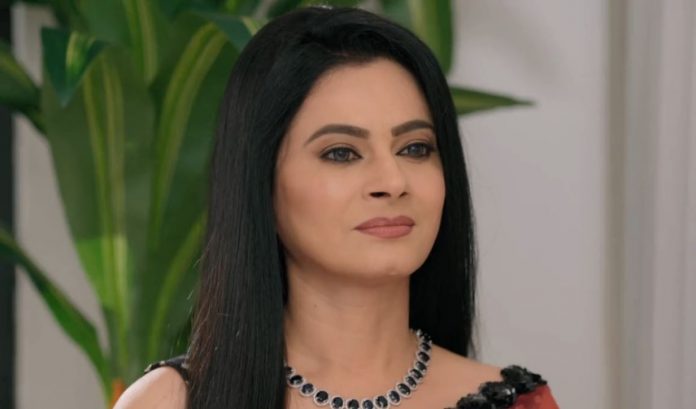 Anupama Preview Rakhi breaks Shah family 21st August Anupama reaches Rakhi’s house to talk about Paritosh and Kinjal’s marriage. Rakhi tells her that she is a working woman and doesn’t have time to entertain guests in the morning hours. She tells that she is much busy. Anupama tells her that they are mothers first and then something else. She asks Rakhi to talk to her if she cares for Kinjal’s happiness. Rakhi agrees to speak to her. Anupama first apologizes to her and begins the talk on a calm note.

She knows that whatever had happened was wrong. She tells Rakhi that she will forgive her for the humiliation move and not mention it again. Rakhi shows her lavish house and staff. Anupama tells that she has come for the sake of her children’s happiness. She knows Rakhi loves Kinjal a lot and reacted like that to secure her future. She admits that she had to quit her education when she got married, but she will not let Pakhi and Kinjal suffer.

She promises that Kinjal’s dreams won’t get ruined after the marriage. She tells that she will never involve Kinjal in the kitchen tasks, Kinjal would be free to pursue her career. She tries hard to convince Rakhi. She lowers her esteem to apologize to Rakhi. Rakhi tells Anupama that she can agree for the alliance by forgetting the clash, but she has a condition. Anupama asks about it. Kinjal learns about Rakhi’s condition. She calls Paritosh to inform about Anupama’s arrival.

Paritosh feels that Anupama is ruining his happiness. He gets rude. Kinjal tells him that he should learn to respect his mother. She tells that Rakhi didn’t agree for their marriage, she can talk to Pramod and convince him, but she won’t marry until Rakhi gives her nod. She reveals how Anupama had apologized to Rakhi. Paritosh asks the result of the meeting. Kinjal reveals Rakhi’s condition, which looks almost impossible to fulfill. Paritosh thinks he won’t be able to marry Kinjal now. He loves Kinjal a lot and wants things to get fine.

He gets a panic attack. Baa cries for the house’s sorrow. She wishes that Paritosh gets his happiness. She wonders where did Anupama go in a rush. Meanwhile, Samar finds a pack of cigarettes in Pakhi’s school bag. On confronting her, she lies to him that it doesn’t belong to her. He suspects that she is smoking secretly. He tells that he would bring the matter in Anupama’s notice and then she will see what to do. Pakhi doesn’t want her parents to know about it. Samar doesn’t let her fool him. Samar finds Baa crying.

He consoles her knowing she is worried for the family. They get a shock on seeing Paritosh collapsing after a panic attack. They take care of Paritosh. Anupama returns home thinking of Rakhi’s condition. She thinks to talk to Vanraj and convince him. Vanraj forgets his files and returns home. He wishes that he doesn’t get to see any drama again. Vanraj and Anupama get worried on seeing Paritosh’s state. They learn about Kinjal’s call to him. Anupama gets tensed when Paritosh confronts her for visiting Dave mansion. Paritosh reveals that Anupama sacrificed her self respect to apologize to Rakhi.

Still, he isn’t happy and takes it in a negative sense. He feels Anupama has lowered his esteem too. Vanraj feels the same that Anupama had put the family respect at stake by apologizing to Rakhi. Paritosh blames Anupama for complicating things. He reveals Rakhi’s condition for the alliance, that Vanraj needs to politely apologize to her. Vanraj finds Rakhi disgusting. Vanraj tells them that he would lose anything but not sacrifice his self-esteem. He is ready to sacrifice Paritosh’s happiness. He tells Anupama that he will never apologize to Rakhi. Anupama fails to convince him and gets rebuked instead.

She bears the taunts from family yet again. Paritosh feels Vanraj won’t mend his ways, he is quite selfish and practical. He gets disappointed when his dad doesn’t support him. He gets into a clash with Vanraj, who orders him to leave the house if he wants to marry Kinjal. Paritosh angrily decides to leave the house. Vanraj stops Anupama from stepping out of the house for her son’s sake. Will Anupama lose Paritosh? Keep reading.

Reviewed Rating for this particular episode Anupama Preview Rakhi breaks Shah family 21st August: 3/5
This rating is solely based on the opinion of the writer. You may post your take on the show in the comment section below.