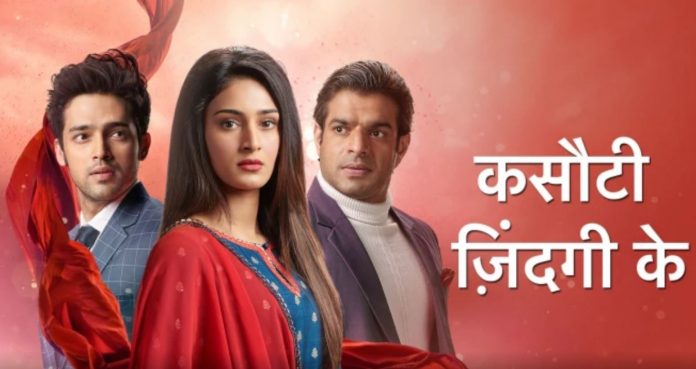 Kasautii Today Update Anurag Prerna against all odds Anurag and Prerna have a moment, which gets witnessed by Mr. Bajaj and Komolika. Anurag and Prerna recall their good memories. Anurag worries for her when she gets hurt. Mr. Bajaj breaks their moment. He doesn’t want Anurag to change Prerna into a weak woman again. He does the aid to Prerna’s hand. He tells that she is changing due to her emotions for Samidha. He tells her that he cares for her a lot, he has got her after facing many difficulties, he doesn’t want to lose her. She hears his confession.

He covers up for his words. He tells her that he doesn’t want her to lose herself, she has found a strong Prerna in her, she should always stay strong. He tells her that he doesn’t want Anurag to take advantage of her emotions. He has groomed her into a strong, confident and successful businesswoman. She tells him that weak Prerna is dead and she is just strong now, she will never cry.

On the other hand, Komolika demands an answer from Anurag. She asks him if his love for Prerna is revived. He tells her that he always loved Prerna and will always do, there is nothing like love revival, she can never end his love for Prerna. He tells her that she can’t do anything to stop him, since he didn’t promise in their deal conditions that he would stop loving Prerna. He tells that his feelings for Prerna are so genuine that he is speaking from his heart. He asks Komolika to handle her insecurities.

She reminds him that Prerna is Mr. Bajaj’s wife now. He doesn’t think there is anything in the namesake relation. He tells that even their marriage is a pretence, there is no real love or happiness derived. He believes that Prerna hates him due to his shocking attempt to kill her. Komolika thinks to make him hate Prerna by presenting the truth of Prerna and Mr. Bajaj’s marriage. She wants Anurag to get heartbroken after seeing Prerna and Bajaj’s romance. She thinks their romance will make him believe that Prerna has moved on.

She plans to create a situation in which she can show Prerna and Bajaj romancing. She wants Anurag to weep and come back to her. She spills the drink on Prerna’s dress and offers help. Prerna doesn’t want to fall into her trap. She goes to change her dress. Komolika informs Mr. Bajaj that Prerna was crying a lot. She sends him after Prerna and locks them up in the room, hoping they would romance. She rushes to get Anurag at the same time.

Mr. Bajaj enquires if Prerna is okay. Prerna tells him that she is cleaning the dress after the juice spilled over it. She tells that she isn’t crying, she is absolutely okay and coming in few minutes. Mr. Bajaj realizes that Komolika trapped them. He finds the room locked. He thinks to confront Komolika. He gets help from Nivedita. She tells that some servant would have locked the door. He tells that Prerna is inside the room.

She thinks to lock up Prerna and spend time with him. Nivedita rushes to lock Prerna once again. She doesn’t see that Anurag just went inside the same room. She locks Prerna and Anurag unknowingly. Komolika looks for him everywhere. Prerna confronts Anurag for catching her in the washroom to kill her. She accuses him. Anurag finds her accusations really strange and silly. He laughs hearing her. Prerna tells him that he has come to take revenge since she ruined his business. He lets her weave funny stories.

Prerna shares her sorrow about Sneha, which brings her close to Anurag. They together shed tears for Sneha’s loss. Komolika, Bajaj and Basus find Prerna and Anurag close unexpectedly. Komolika and Bajaj grow insecure. Mr. Bajaj hires the detective to find out Ronit’s truth before the marriage. He hopes to stop Ronit and Shivani’s marriage. Anurag too intends to do the same for saving Shivani’s future. Will Komolika be able to save her plans? Keep reading.

Reviewed Rating for this particular episode Kasautii Today Update Anurag Prerna against all odds: 2/5
This rating is solely based on the opinion of the writer. You may post your take on the show in the comment section below.