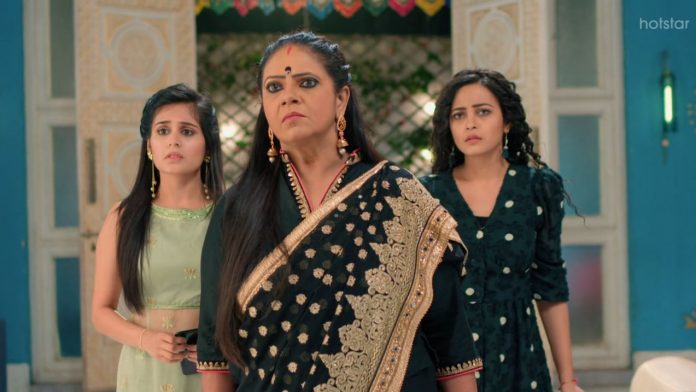 StarPlus Rishte Pyaar Ultimate twists for Mishbir Kuku Abir and Kunal try to end the fights between their fights. They fail to reach any positive conclusion. Abir tells Mishti that she scolded Kuhu a lot, its her mistake as well. Mishti asks him if he is blaming her. She is upset that he always supports Kuhu knowing she is wrong. She tells that he protected Kuhu on knowing about the threatening letters. She tells him that Kuhu should apologize to her and until then she will not forgive her.

Abir fails to convince her. Kunal too gets kicked out from his room. He fails to convince Kuhu and goes to Abir. He tells that the sisters are fighting a lot, its really messed up. Abir decides to leave the house. Kunal agrees to his plan to teach them a lesson. They sent a message to their wives that they are leaving the house, since they don’t want to get into their fights, they can’t tolerate it anymore, they are fed up of their never ending issues.

Mishti and Kuhu get worried, since they would have to answer Meenakshi about them. Meenakshi wants to know about Kunal, who urgently needs to attend a meeting. Kuhu worriedly lies to her. Mishti also keeps up the lie. Mishti and Kuhu lie that Abir and Kunal have gone for a meeting with the US clients. Meenakshi asks them to accompany her to the temple to make prayers for the family peace. Mishti and Kuhu don’t end the blame game.

Meenakshi tells that they both were responsible for the fights. She reaches the temple and finds Rajshri near the market area. She finds her sons with Rajshri. She sees them lifting the grocery bags and paying for it. She gets angered seeing her sons working for the in-laws. She asks Mishti and Kuhu if they didn’t know about Abir and Kunal. Mishti and Kuhu had no idea about it. They tell Meenakshi that Abir and Kunal didn’t inform them anything.

They decide to stay with Maheshwaris. Vishwamber enquires the matter. Abir doesn’t reveal anything. He tells that he came to stay with them willingly, there is no such problem. Abir and Kunal try to help the house ladies in kitchen work. Rajshri scolds Jasmeet for her mistake. Meenakshi warns Mishti and Kuhu against their home breaking fights. She takes them to Maheshwari house to see her sons. She gets a misunderstanding that Rajshri is scolding her sons badly.

Abir and Kunal reveal that they are fed up of Mishti and Kuhu’s fights, they left the house and came to stay with Maheshwaris. Vishwamber and Rajshri feel ashamed of their daughters and apologize to Meenakshi. Meenakshi tells that people are asking if her sons have become Ghar jamais. Abir tells that his decision is final, he won’t return home until Mishti and Kuhu’s ends end. Kunal also wants them to ceasefire. Abir and Kunal refuse to go with Meenakshi. Meenakshi get enraged and leaves her Bahus in Maheshwari house. She tells Mishti and Kuhu to return to Rajvansh house only if they convince their husbands to come along.

She doesn’t want to accept them if they can’t keep the family united. Mishti and Kuhu get scolded by their family, who want them to calm Meenakshi’s rage first. Varsha feels Kuhu has dragged the matter a lot. Abir and Kunal think just Maheshwaris can help them in this situation. Rajshri knows that Meenakshi can turn into an angry Saas again. Abir tells Kunal that they know their mother’s anger, what limits she can cross when she gets upset on her Bahus. He fears that their wives will be ousted from Rajvansh house.

He wishes Mishti and Kuhu to get sense and not rage up Meenakshi further. Meenakshi informs Vishwamber that she will really kick out her Bahus from the house if they don’t patch up soon. Vishwamber wants his daughters to not ruin their family values. Will Mishti and Kuhu bring Abir and Kunal home? Keep reading.

Reviewed Rating for this particular episode StarPlus Rishte Pyaar Ultimate twists for Mishbir Kuku 21st August 2020: 3/5
This rating is solely based on the opinion of the writer. You may post your take on the show in the comment section below. 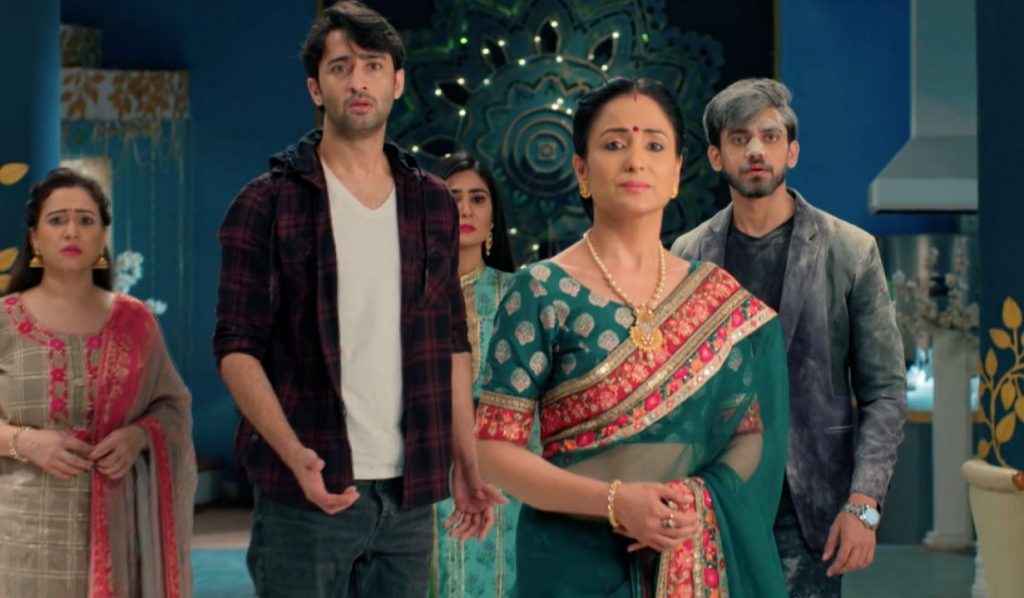