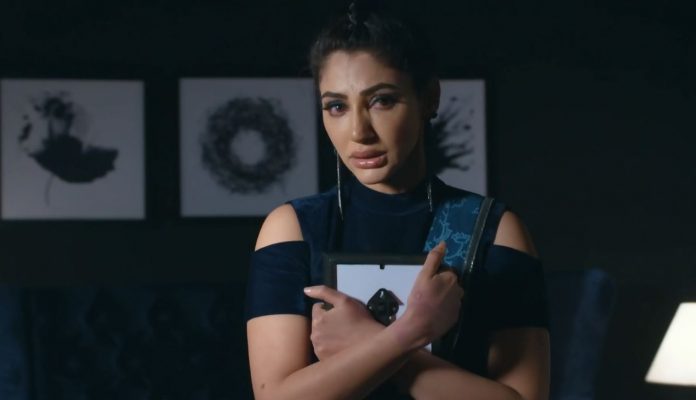 Kumkum Bhagya Rhea suicide attempt shocks Aaliya Upcoming Preview 21st August 2020 Ranbir tells Aryan that he had asked Maya for ten lakhs and she arranged it with difficulty. He actually wanted to help Prachi and sacrificed his esteem for her dignity. Aryan tells that its love that Ranbir had gone to the extent of taking help from his enemy Maya. Rhea overhears their conversation. She feels bad that Ranbir loves Prachi.

Sanju wants to know what’s happening and against whom. He doesn’t get his answers. He knows that Rhea will cause a havoc. He thinks to call up Aaliya and know the matter. Aaliya doesn’t answer his call. He gets angered since Aaliya and Rhea never answer the call when he needs their help. Prachi gets his call on Aaliya’s phone. She gets to hear Sanju’s nonsense. She is confused. Abhi and Aaliya come home. Abhi laughs on Aaliya’s horror expressions. He tells that she has seen a ghost.

Aaliya recalls Rhea’s words that she wanted Pragya as her mom. She loves Rhea a lot. She can’t share Rhea with the woman she hates the most. She hates Pragya a lot. She thinks Rhea’s love for her is more than her hatred for Pragya. She thinks to tell Rhea the truth that Pragya is her mom. She doesn’t want to keep Rhea away from her mom. She wants to fulfill Rhea’s wish. She thinks of Rhea’s ultimate happiness.

Sanju asks Prachi to keep talking to him. Prachi tells that she got the wrong phone, its someone else’s phone. Sanju jokes about Aaliya. Prachi doesn’t hear Aaliya’s name. He learns that its Prachi on the other side. He likes talking to her. He thinks Aaliya will have Prachi’s phine if the phones got swapped. Prachi wants to inform Pallavi about the phone swap. Rhea is much hurt that Ranbir loves Prachi. She decides to commit suicide and end her life. She gets on the terrace line to jump down. Aaliya saves her in the nick of time.

She tells that she doesn’t know if she will meet her mom ever. Sanju calls Rhea to inform her about Aaliya’s phone. He tells that Prachi and Aaliya’s phones got exchanged. Aaliya speaks to Sanju. He asks how did her phone go to Prachi, she had answered his call and he got lucky. Aaliya gets relieved when she learns about the network problem. He tells that he has come to her house to give the money. Rhea knows that Aaliya loves her a lot. Aaliya promises to always love her. She consoles Rhea. She doesn’t think to tell Rhea about Pragya. She feels she has the sole rights on Rhea. They go to meet Sanju. Sanju hands over the money.

Rhea tells that Ranbir had already got the money from his aide. Sanju tells that Ranbir didn’t catch his aide. He explains them about Ranbir’s plan. His aide tells him that he had the money. Ranbir tells Aryan that they have to keep the cash back in the office locker before the next event starts. He reveals his plan of taking his friend Neil’s help. He is glad that Prachi is proved innocent. He hopes that none knows his plan. He tells Aryan that he applied for loan, he will keep the cash back and then repay the loan monthly.

Aryan knows that Ranbir is in love and he is mad. Aaliya asks Sanju to trust her, she will give the money to him later. Sanju laughs on her slapping move. He makes her apologize for the slap. She asks him to go away. Aaliya and Rhea realize that Ranbir had arranged the money himself, and tricked the family. Aaliya rushes to office to check the new event cash. She finds the bag empty. Her doubt gets certain when she checks the CCTV footage and finds Ranbir taking the office funds. She wants to trouble Pragya and Prachi by a new game.

Reviewed Rating for this particular episode Kumkum Bhagya Rhea suicide attempt shocks Aaliya: 2/5
This rating is solely based on the opinion of the writer. You may post your take on the show in the comment section below.