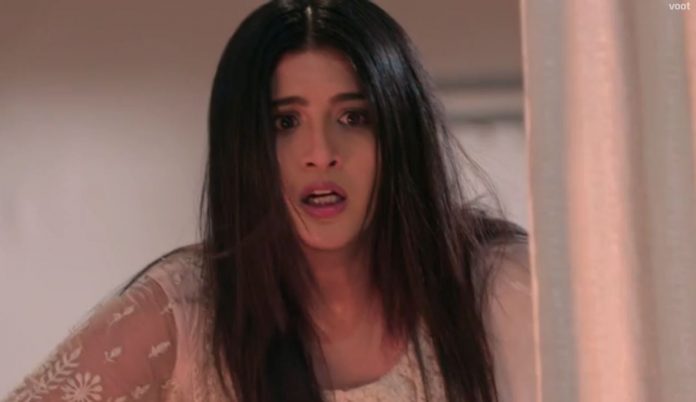 Choti Sardarni Fire incident twist shocks Meher 27th August 2020 Sarabjeet teases Meher to hear her love confession. Meher tells him that she will go and see Param and Karan. Param spends time with Karan. He gets Kulwant’s call again. Kulwant insists him to give the phone to Meher. Param asks Meher to talk to Kulwant, who called many times to ask for her.

Kulwant informs Meher that Vikram Diwan is Manav, she has confirmed this, Vikram is the same Manav, he has come back to get his son Karan. Meher is much hurt to know this truth. She cries when Kulwant advises her to stay away from Manav. Kulwant tells Meher that Vikram would be coming home any time, she should better keep the doors locked. Vikram arrives at the same time. Meher gets shocked to see Vikram, knowing that he is her Manav.

Vikram greets her and finds her shocked. On the other hand, Robby asks Harleen to accept Karan, if she can accept her dad’s illegitimate daughter. Harleen tells him that Karan isn’t related to her, she can never accept him. She tells that she feels sorry for Sarabjeet, who loves Karan so much, he never questioned Meher about the baby’s father. She is scared of the day when Karan’s dad comes to claim him.

She fears that Sarabjeet will be shattered. She tells Robby that Meher should guarantee that Karan will be with Sarabjeet all life. She doesn’t want Sarabjeet to face injustice. She is also worried for Param’s future. She tells Robby that Karan is unlucky for the family. Meher and Vikram get into a moment. The truth just reached her ears. She thinks if he is really Manav, if he lost his memory. She asks Vikram to come in. She goes to call Sarabjeet. Vikram gets to see Sarabjeet’s house.

Aditi asks him not to get suspicion on him. Param meets him and identifies him as Manav. He recalls meeting Manav before. He reminds him their meeting by wrapping himself by a ribbon. He asks Vikram to free him from the tangles. Vikram behaves differently by cutting the ribbon and freeing him instantly. Param tells him that he has done wrong. He tells that he had untangled him nicely last time. Aditi asks Vikram to apologize to Param. Vikram gifts him a toy car and pleases him. Sarabjeet asks Vikram to feel comfortable.

Vikram compliments him for his lavish house. Sarabjeet invites him for breakfast. Vikram tries to connect to Meher’s heart, knowing he resembles her ex-lover Manav. Meher wants to go away from him. She gets reminded of Manav again and again. Aditi tells that Vikram just eats inter-continental food. Sarabjeet asks his chef to prepare whatever Vikram wants to have. Meher speaks to Kulwant. Kulwant tells Meher that she is worried for her. She repeats her words that Manav has returned as CBI officer Vikram.

Meher tells her that Vikram can’t be Manav. Kulwant tells that Manav didn’t die, he was lucky to survive, he was saved by Surya. Meher asks Kulwant not to trouble her. Meher goes to her children. Param tells Karan about Sarabjeet’s friend Vikram. Aditi asks Vikram to focus on his goals. Vikram tells her that he has to investigate in a way that none knows about it. She learns that Vikram had fixed a spy cam and mic in the toy car. He tries to hear Sarabjeet and Harleen’s conversation. Harleen doesn’t want to meet Vikram.

Sarabjeet insists her to meet. She refuses to him. Param tells Sarabjeet that Vikram gifted him the remote toy car. Vikram gets to see Sarabjeet’s dad. He asks Aditi about Guddi’s picture. Aditi lies to him that the picture belonged to one of her patients. She doesn’t want him to know her secret. Vikram gets to see the passcode of Sarabjeet’s safe when Meher unlocks it in Param’s presence. Vikram gets angered when the camera battery gets down. Param puts the car on charging. Sarabjeet asks Meher to come downstairs. Meher feels bad seeing Sarabjeet with Karan. Sarabjeet gets the play script.

Aditi tells him about the period drama. Meher recalls Manav and Vikram. She feels Vikram can never be Manav. The sparks from the charger catches the place. Meher beholds Karan sleeping, when he gets surrounded by the fire. Meher is much shocked and shouts for help. She can’t lose Karan. Sarabjeet, Aditi and Vikram hear her screams. She turns brave to enter the fire and save her child facing the blazing obstacles. Vikram runs into the fire before Sarabjeet and saves Karan.

Reviewed Rating for this particular episode Choti Sardarni Fire incident twist shocks Meher 27th Aug: 5/5
This rating is solely based on the opinion of the writer. You may post your take on the show in the comment section below. Also, get notified of the new posts on your mail by checking into the option.