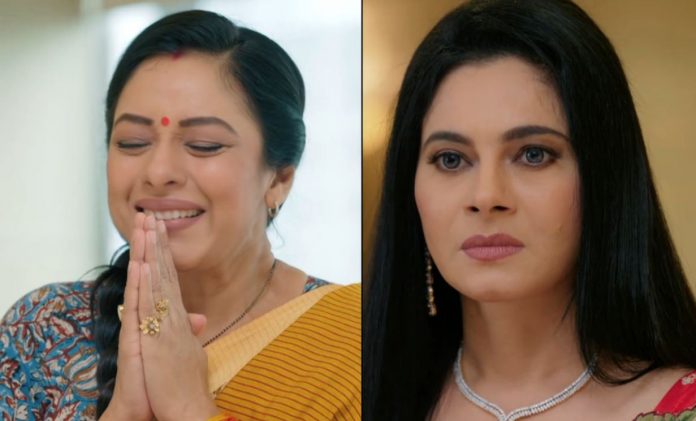 Anupama Update Rakhi foul secret plans Spoiler Alert Anupama has taken the big challenge to convince Rakhi. Rakhi gets demeaning Anupama by taunting on her poor status. She makes fun of Anupama, who fell down in front of everyone in the club. Anupama is proud that she fell down, which signifies that she is strong enough to get back.

When Rakhi insults her, Anupama tries to explain Rakhi that Indian food also made a place in the International cuisine. Rakhi belittles Vanraj and Anupama’s family. She tells Anupama that Kinjal shops from London, she spends lakhs of money on her friends. Anupama is glad that Rakhi is rich and is raising her daughter well. She tells that money isn’t everything, Kinjal would be happy to spend money in parties, but the money can’t buy her love, Kinjal finds love in Paritosh.

Rakhi doesn’t like to hear this. She tells that they are very different. Rakhi tells Anupama that they can never be the same. Anupama tells them that they both are mothers, they have undergone the same pain of delivering their children, all the mothers undergo the same labor pain, they feel her children’s pain, its nothing different. She tells Rakhi that their love for children is immensely same, also their emotions.

She adds that their children can make them forever away from their lives. She asks Rakhi to think if Kinjal doesn’t keep any ties with her in future, getting depressed with her stubbornness. Rakhi fears that Kinjal may really elope with Paritosh and marry him. She doesn’t want it to happen. Anupama tells Rakhi that their motherly emotions are also the same, they should better think of their children, instead crying for them when they go away. Rakhi gets a reality check. Anupama wants Rakhi to accept the alliance, so that the children stay happy.

She feels everything is fair when it comes to a mother’s love for her child. Paritosh, Kinjal, Vanraj and family are stressed thinking about Anupama and Rakhi’s meeting. They wish that the meeting goes well and Anupama convinces Rakhi. Kinjal gets too restless. She reaches Shah house to meet Paritosh. Baa wants to stop her at the door. Paritosh gets excited to meet Kinjal. Baa stops them from hugging. Paritosh and Kinjal have a moment of romance. Anupama tries to make everything good. Everyone hopes that Anupama returns with the good news.

Anupama’s words affect Rakhi. She requests Rakhi. She asks Rakhi to give her answer. Rakhi tells her that its her yes, she also wants Kinjal’s happiness. She accepts Paritosh and Kinjal’s marriage alliance. This gives much happiness to Anupama. Rakhi gets surprised when Anupama hands over the homemade sweets. She asks Anupama was she sure of convincing her. Anupama tells her that she was much hopeful to fulfill her dream.

She tells Rakhi that they will soon be relatives. Rakhi agreed just to break the marriage alliance for once and all. She is okay to get Kinjal and Paritosh engaged, but wants to hinder their marriage. She hides her real intentions. Anupama feeds her the sweets. She rushes to meet Vanraj and share the good news. Vanraj and Anupama’s happy moment as Paritosh’s parents irk Kavya. Kavya can’t see them happy and together. She decides to snatch Vanraj from Anupama. 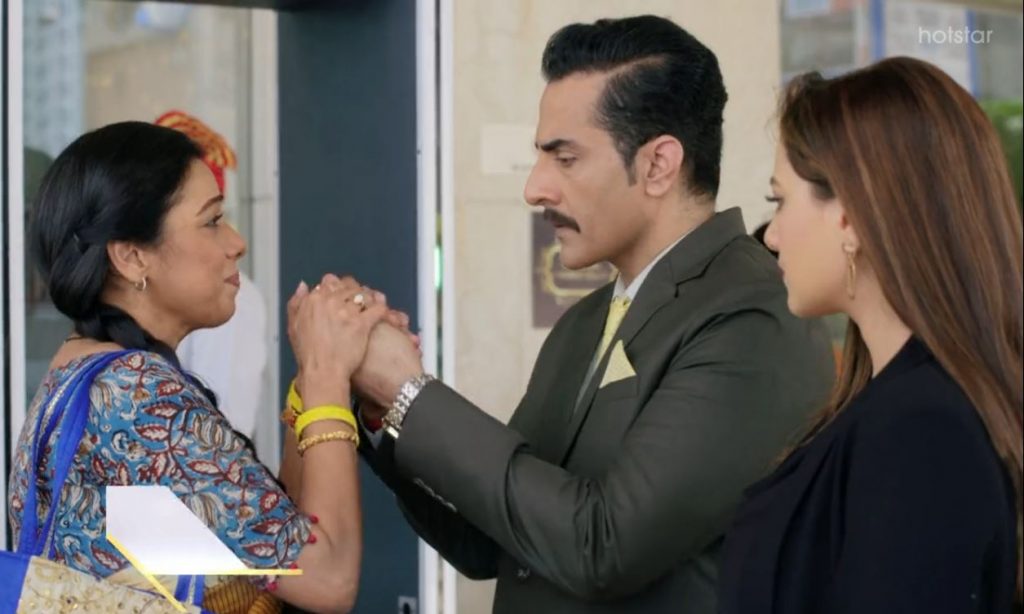 Reviewed Rating for this particular episode Anupama Update Rakhi foul secret plans Spoiler Alert: 5/5
This rating is solely based on the opinion of the writer. You may post your take on the show in the comment section below.