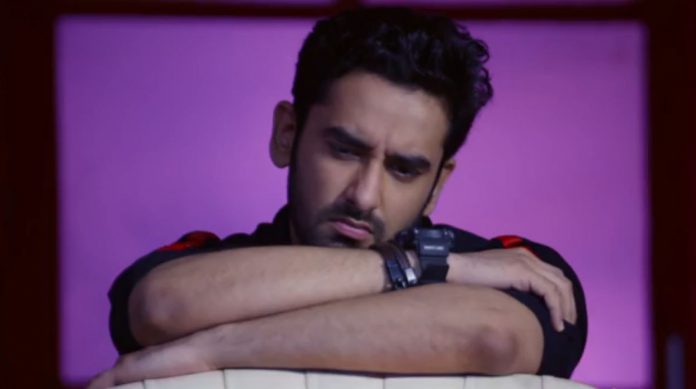 Ishq Mein Marjawa Update Riddhima shot by lover Kabir Vansh makes a plan to scare Riddhima so that her partner believes that her life is in danger and comes to save her. He reveals his plans to Angre. He doesn’t intend to kill Riddhima. He tells Angre that its not necessary for him to kill her as much as its to catch her hidden partner. He knows she is just a spy working on someone’s orders. He isn’t hurt by her deeds. He doesn’t even wish to win her trust.

He just wants to put an end to her mission for once and all, which could happen only if he changes her thinking. Riddhima tries to run away from the mansion to save her life, but he hinders her. He doesn’t want her to spoil his huge plan. He reminds her promise that she would be accepting his request whenever he asks for anything. He tells her that he will forgive her for burning his mum’s picture, only if she agrees to spend the evening with him.

Riddhima gets compelled to stay back in the mansion. She lives in fear that he is about to kill her any moment. She starts imagining him chasing her to kill. Her fears reach new peaks. Vansh enjoys to see his plan working in the form of the fear on her face. He wants her to really believe that she is going to die, so that she takes a desperate move and calls up her partner. He wants Angre to catch the intruder whenever he makes an entry.

Meanwhile, Kabir enters VR mansion just when Vansh is expecting him to come. Vansh sends Angre at the gate, but Kabir manages to hide before itself. Kabir attacks Angre to clear his way. Kabir finds Vansh’s plotting on seeing the zero security. Kabir sneaks into the mansion to rescue Riddhima. Vansh wants Riddhima to wear his gifted dress and make the moment special. Riddhima gets reluctant. She is just helpless to obey his instructions.

Vansh is left mesmerized to see her. Vansh and Riddhima’s special date begins, while she expects him to stab her to death. Vansh dances with her, while Kabir reaches them to break the moment. He finds it odd that Vansh is romancing her, when he had threatened her life. Kabir swears to save Riddhima from Vansh like her protector. Someone who wanted to harm Riddhima again and again in the mansion, reaches Riddhima again with a deadly aim. Kabir decides to shoot down Vansh and kill him before he hurts Riddhima.

Vansh feels sorry to hurt Riddhima to get her partner out in the open. He takes her upstairs. Kabir lays his aim at Vansh, while the other sniper also wants to kill Vansh. Riddhima gets certain that Vansh is going to kill her. She spots the sniper shooting at Vansh and also Kabir. She takes the bullet on herself while saving Vansh’s life. This comes as a major shock for Vansh, who didn’t expect her to risk her life for his sake. Kabir feels guilty that she is injured because of him. He blames himself, staying away from her.

He finds Vansh rushing her for the medical aid. The sniper catches Kabir, only to make a big revelation. Kabir’s fake tears end and he comes to his real avatar. He shows his true face. He accepts that he has planned to cheat Vansh and Riddhima. He pities Riddhima who needed to be sacrifice in order to save himself from Vansh. He doesn’t reveal the identity of his crime partner. Kabir reveals that Riddhima was his real aim. Vansh gets Riddhima treated for the bullet injury.

He is still in disbelief that she had saved his life by risking her own. Kabir doesn’t have any emotions or empathy for Riddhima. He just wants to win in his game with Vansh. He wants to make Vansh lose at any cost. Kabir’s dark side finally unveils, as we have mentioned in our last post. The twists today had been unexpected. Kabir showed his ugly dark truth so soon, but better to watch without much drag. Vansh falls in indefinite love with Riddhima. The love equations changes between the three now. Kabir has proved to be the villain in the story. Keep reading to know more about the show.

Reviewed Rating for this particular episode Ishq Mein Marjawa Update Riddhima shot by lover Kabir: 5/5 Very Interesting
This rating is solely based on the opinion of the writer. You may post your take on the show in the comment section below.