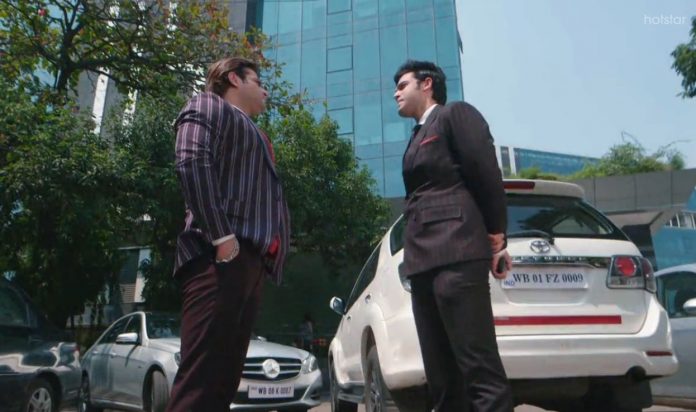 Kasautii Zindagii Kay Update 11th September New entry Komolika wants Nivedita to verify the papers. Prerna misses Samidha a lot. She thinks she is ready to give anything for Samidha’s sake, who wants her to fulfill the promise. She remembers her promise to protect Samidha’s happiness which lies in the orphanage. She doesn’t want to disappoint Samidha.

Samidha has already given her good wishes and laid hopes on her. Prerna wants to return to Samidha with a good news. She is ready to make a deal with Komolika. She goes to Komolika and overhears her conversation with Nivedita. Nivedita warns Komolika against taking Prerna’s business share unethically, which will really upset Anurag. She tells that Anurag will not leave them if he knows the truth.

Komolika tells her that everything will be done until he comes to know about it. She is sure to handle him, just like she has handled him in the past. She admits that she has tricked him and got the demolition orders on his behalf. Prerna learns that he is innocent, he really doesn’t know anything of Komolika’s plans. Komolika tells that Anurag has always helped Prerna and ruined himself.

Prerna thinks if she has heard it right. She can’t believe it that he was helping her secretly. She asks Komolika for the papers. Komolika asks her to sign the papers if she wants to save the orphanage. Prerna asks her to get the orphanage papers first. Komolika sends Nivedita to get the folder. She praises Prerna for sacrificing the business for Samidha’s sake. Prerna tells that she is happy with the deal, since she is going to get Samidha. She asks Komolika to keep the money and business.

Moreover, she warns her against hurting Samidha. Komolika boasts of herself that she has won Anurag. She warns Prerna to stay away from her husband. Mohini likes to see Prerna getting insulted. She wants to support Komolika. Prerna checks the orphanage file. She wonders Anurag was right, he didn’t sign the demolition papers, Komolika has got the orders passed on his behalf. She thinks Anurag has really saved her life for no selfish motive. She realizes she is wrong about him. She tries to evaluate his deeds.

She thinks to solve the mystery of the past when he tried to kill her. She is sure that he would have left her to die if he wanted her dead. She realizes that Anurag wants her fine, which means he isn’t bad-hearted. She decides to find out the secret hidden by Anurag. She has no problem that she has given away Bajaj city project stake to Komolika. Prerna wants to reach the truth soon.

After Komolika and Prerna’s scene, Anurag and Mr. Bajaj come into picture. Anurag gets bitter towards him. He doesn’t want Mr. Bajaj to snatch everything from him. He tells that he will never lose Prerna, who is just of him. Their heated argument results in a bad situation. Mr. Bajaj realizes that Anurag is eyeing Prerna again.

He recalls Anurag’s words and understands his message. He doesn’t want to lose Prerna. He feels Prerna isn’t safe with Anurag. He wants to protect her and keep her away from Anurag. Anurag gets his emotions revived. He misses Prerna in his life. Also, Chandrika makes an entry in the orphanage on knowing about the demolition twist. She learns that Prerna has saved the ashram. She knows that Prerna is Samidha’s biological mother. She wants to unite them. She meets Prerna to reveal the truth, that fate has already brought mother-daughter together. Will Prerna learn that Samidha is Sneha? Keep reading.