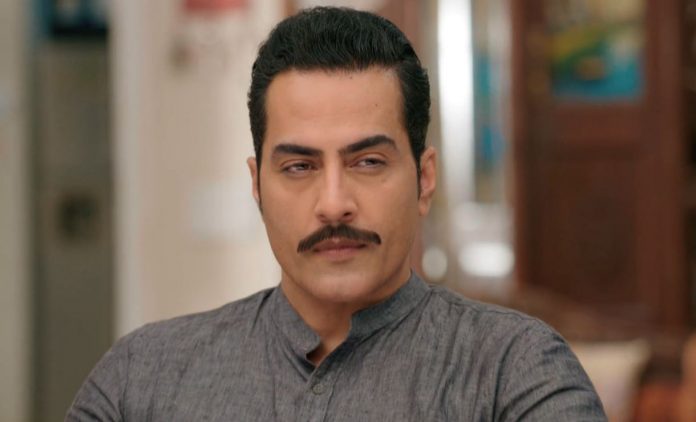 Anupama Update 12th September Vanraj against Rakhi Rakhi pleases Kinjal by telling Shah family that she wants to hurry up with the engagement. Paritosh and Kinjal are really happy that their engagement is going to happen within two days. They can’t expect anything better than this. They have a romantic moment, which soon breaks by Samar. Samar pulls Paritosh’s leg about getting married soon. Paritosh is desperate to marry his love.

He can’t imagine his life without Kinjal. Paritosh and Kinjal express their happiness. They go to hear the elders’ discussion. Rakhi wants Shah family to call off the alliance themselves. She tells them that they can keep the engagement soon, else they can push it to the next year. Anupama doesn’t want too much delay. Rakhi reminds them about Paritosh’s fragile state for which Anupama had come to request her.

She tells them that she doesn’t want to hurry for Kinjal’s relationship, but she is just considering how Anupama pleaded. She tries to show them down by her verbal comments. Vanraj understands her meaning well, being the only wise person in the family. Anupama doesn’t understand Rakhi’s wicked intentions. Rakhi brings Kavya in middle of the conversations to enrage Vanraj further. She then strikes at his ego so that he calls off the engagement.

Anupama suggests that they will keep the engagement soon for the sake of children’s happiness, they can keep the function at the nearby community hall. Paritosh is happy that Anupama kept her word. Rakhi puts them into a fix by asking them to keep the engagement ceremony at the club, where expenses will fall around 15 lakh. She shows her richness by asking Vanraj to take a favor from her. She tells them that she can manage their transport and clothes as well. She tries to demean them by taunting on their poor status.

Kinjal agrees with him. He understands Rakhi’s plans and fails her by getting Kinjal on his side. Kinjal just wants to get engaged to Paritosh. Everyone congratulates each other. Pramod also agrees with Vanraj. They go to see the community hall for the function. Rakhi plays her next move. She asks Anupama to keep Kinjal happy. She tells that she can’t see Kinjal suppressing her emotions.

She asks Anupama to buy a diamond ring for Kinjal, which she wishes for. She tells that cost of the ring. Anupama didn’t know that the cost would be 5 lakh. She gets worried to break this demand to Vanraj. She assures Rakhi that she will keep Kinjal happy. Meanwhile, Samar shares the good news with Nandini. She hugs him in excitement. He tells her that everything went well, Rakhi was posing some problems as per her nature, but his family managed. Anupama fears that her family would be paying a big price to get Paritosh’s happiness.

She fears that Rakhi will not spare them easily if anything goes wrong in the engagement. She doesn’t want to disappoint Rakhi and Kinjal. She wants Paritosh to stay happy. She is ready to do anything for his smile. Paritosh wants to buy the ring for Kinjal. Anupama decides to arrange 5 lakh for Kinjal’s ring.

Reviewed Rating for this particular episode Anupama Update 12th September Vanraj against Rakhi: 5/5 Interesting
This rating is solely based on the opinion of the writer. You may post your take on the show in the comment section below.