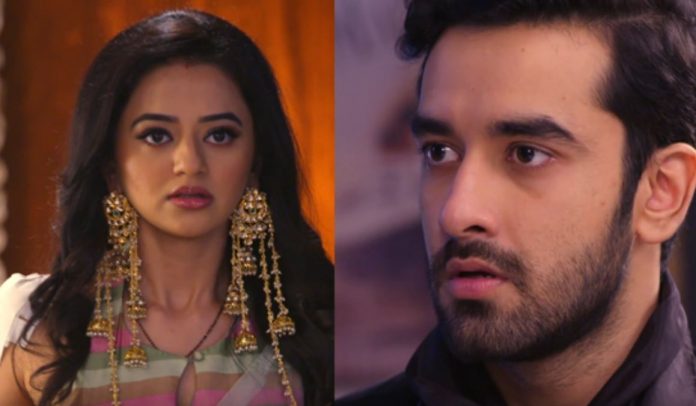 Ishq Mein Marjawan 2 16th September Riddhima sees Kabir Kabir calls up his aide to speak to him. He wants to know if Riddhima got killed or not. He tells that its necessary that she gets out of his plans, since she may fail him. Riddhima panics once again. Vansh makes her relax. He tells her that he understands her fears. He thanks her for saving his life. She knows he will do anything to find the enemy.

She wants him to check at the right place, that’s his house. She wants to expose his family member who is cheating him. He wants her to forget the yellow gloves man. Anupriya knows Vansh’s anger well. She tells that Riddhima has blamed the family, but maybe she is right. She tells him that Riddhima was attacked by someone, she will be panicking. Vansh finds Anupriya supporting Riddhima. Anupriya tries to know from him what did Riddhima tell him.

He tells that Riddhima has seen someone wearing yellow gloves. She asks him to win Riddhima’s trust and then end her fears. She was equally angry when Riddhima blamed Ishani. She is grateful to Riddhima that she saved Vansh. She supports Riddhima. Riddhima stays disturbed thinking about the enemy. She wears her saree. Vansh happens to help her in cladding the saree. He apologizes for not knocking the door and entering the room.

Riddhima agrees to take his help. She asks him how does he know this skill. Vansh closes his eyes and doesn’t see her. He tells her that he is skilled, he can do anything. He helps her in tying the saree. They have a romantic moment. Vansh’s dialogues and their chemistry speaks volume in the scene when a romantic song plays. Vansh finally opens eyes when he is done with the task. He realizes his feelings for her. He controls his feelings. He tells Riddhima that he can do a lot of things which she can’t imagine.

He takes the responsibility to find the yellow gloves masked man. He asks her not to doubt Ishani. He promises to find the enemy. He asks her to come up with any detail she gets. He is sure that the masked enemy will try to attack her again. Ishani tries silly things to torture Riddhima. She adds chilli powder in Riddhima’s tomato soup.

Riddhima consumes the soup and runs to get water. She enjoys watching Riddhima in pain. Ishani doesn’t let her drink water. She punishes Riddhima for blaming her and snatching Sunny. Riddhima knows she has to unwind many secrets hidden in Vansh’s­ family. She mentally prepares herself.

Furthermore, during the prayers, Riddhima meets the family. Aryan taunts Riddhima for her hallucinations. Ishani too taunts her for her madness. Riddhima stays silent while they accuse her. Dadi makes Vansh stay with Riddhima.

Vansh shows his devotion since his prayers have saved her life. Riddhima wants to find the masked enemy some way. Kabir enters the mansion to meet his aide. She wishes to get any hint to find out the culprit. The servant D’souza gets to see the yellow gloves masked man in the storeroom and tells Riddhima. Kabir reaches the storeroom to meet his partner.

He asks if Riddhima is dead. Riddhima reaches the storeroom to check the enemy. She doesn’t want to leave the chance and go to inform Vansh. She goes to find out herself. Kabir tells that Vansh should trust Riddhima again. She decides to take some weapon with her. Kabir asks the person to find someone in the house, who they can blame for the shootout. Riddhima comes face to face with Kabir. She didn’t know he is going to come to VR mansion. She gets surprised, while Kabir succeeds in hiding his partner. Keep reading and comment below.

Reviewed Rating for this particular episode Ishq Mein Marjawan 2 16th September Riddhima sees Kabir: 4/5
This rating is solely based on the opinion of the writer. You may post your take on the show in the comment section below.