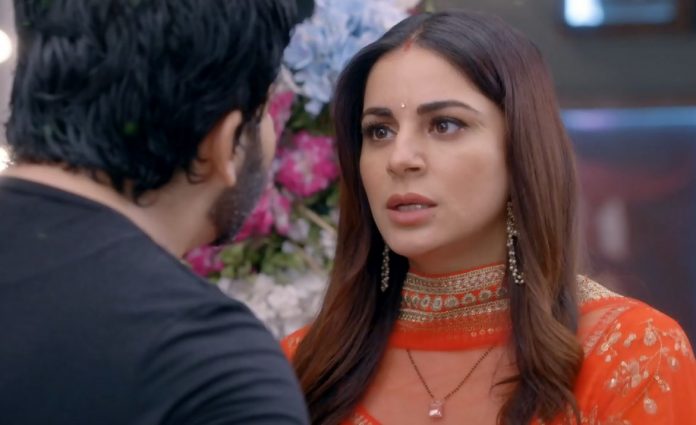 Kundali Bhagya 15th September Preeran united moment Preeta was trying to help Karan. He throws attitude. He thinks she is throwing attitude and commanding him. He is much angry. He stays outside and gets drenched in the rain. He feels much cold. Preeta worries for him. She rushes to help Karan. She wants him to take her help and come inside the room. Karan hopes that she calls him. She thinks he will fall sick. He expects her to open the window and talk to him.

She stops on seeing him waiting. He knows that she will not help easily. He covers himself to stay safe. Preeta wants him to ask for help, so that he doesn’t taunt her. Karan gives up. He runs to take her help. They have a moment. Mahira vents anger on Sameer. She doesn’t want to spare him. Karan and Preeta open the window together.

They get romancing and recollect their old times of happiness and togetherness. Karan boasts that he has shut the window all alone. Preeta tells that she has done everything. They both argue like always. She tells that she isn’t in any mood to fight. She wants him to change the shirt. Mahira spies on them again. She happens to overhear their conversation. She hears Karan’s silly talks. She misunderstands that they are getting close. Karan flirts with Preeta. He tells that she isn’t able to control herself on seeing him.

Preeta asks him not to weave any false stories in mind. Mahira cries thinking they are celebrating their wedding night. She gets too upset. She doesn’t want to spy more or hear anything. She leaves. Preeta tells Karan that she doesn’t want to see him, but he should change. She tells that she isn’t interested in him. Karan and Preeta have romantic moments. He shows off his handsome looks to prove that she is interested in him. Mahira thinks the rains will create more romance between Karan and Preeta. Karan fights with Preeta for getting his bed back. They quarrel forever. Preeta cares for him like a good friend.

She finds him suffering. He gets a fever after the rains. Preeta takes care of him. She doesn’t want him to suffer. She loves him as her world. She gets emotional recalling their moments. Later, Preeta prepares for the first rasoi ritual. Sarla teaches her to make sweets and win everyone’s heart. Sherlyn and Mahira want to add bitterness in the relations before Preeta tries to get harmony. Preeta acts strong in front of them to defeat them. How will Preeta stand against the evil duo? Will she prove herself right to Karan? Keep reading.

Reviewed Rating for this particular episode Kundali Bhagya 15th September Preeran united moment: 4/5
This rating is solely based on the opinion of the writer. You may post your take on the show in the comment section below. 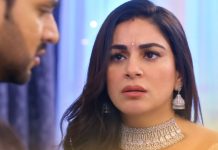 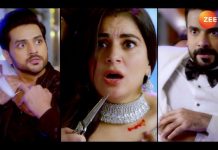