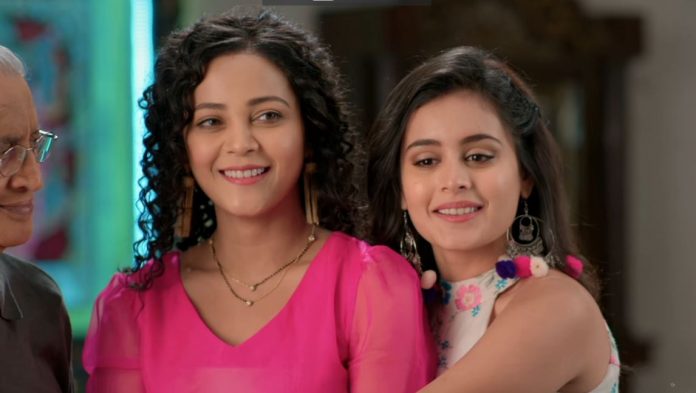 Abir knows that she is compelled to do this. Meenakshi has forced Kuhu for this by bribing her with the property. Meenakshi has promised to keep Kunal and Kuhu happy and securing her life. Kuhu takes the opportunity to secure the future. She is helping Abir and Mishti just for her selfish motives. She thinks they will always be indebted to her. Later on, Abir and Mishti visit the adoption centre. They learn that someone has called to cancel their adoption request. They find out who had called on their behalf.

They learn that Mrs. Rajvansh has called to cancel their application. The lady informs that they have given the baby to some other couple. Abir suspects Meenakshi had made the call. Abir and Mishti return home and confront Meenakshi for ruining their happiness. They ask Meenakshi if she had called the adoption centre. Kuhu admits that she had made the call to cancel the adoption, since the baby will come home through surrogacy now.

She tells Mishti that she will give them a child by surrogacy, Meenakshi’s wish will be fulfilled. Abir asks Kuhu why did she not ask him once before taking this step. He tells her that she will not be the same after delivering the baby, she will gain weight and also get weakness. Kuhu tells him that she wants to help Mishti, she isn’t selfish. Kunal supports Kuhu. He feels proud of her. He asks Abir to agree with them.

Furthermore, Maheshwaris learn about Kuhu’s decision. They are shocked to know that Kuhu agreed. They try to explain Kuhu that she won’t be able to give the child to Mishti and Abir after delivery. Rajshri tells that Kuhu will get emotions of a mother and not part away with the baby. Kuhu tells that it won’t happen, she will not change her decision, she will become the surrogate. Moreover, Meenakshi thinks to give away some property to Kunal, who is handling her entire business. She wants to please Kunal and Kuhu.

Abir suspects her intentions. He is angry that she has forced Kuhu. She denies the blame. She tells that she is very happy with Kuhu and wants to gift her something precious. Abir tells her that he doesn’t accept the surrogacy idea, he will leave the house along with Mishti. He heads to the Ngo and stays upset. Mishti meets him and cheers him up romantically. Kunal and Kuhu try to convince Abir and Mishti by an emotional way. Abir and Mishti are much confused. They finally agree for the surrogacy. They get united. Their equations will change after the baby comes in their lives.

Reviewed Rating for this particular episode Yeh Rishte Hai Pyaar Ke Kuhu stunning act accepted: 3/5
This rating is solely based on the opinion of the writer. You may post your take on the show in the comment section below.