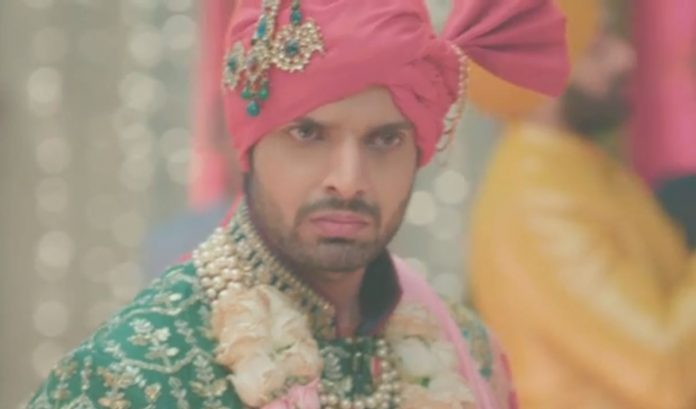 Choti Sardarni 22nd September Update Vikram past strikes back Bittu and Rane get misled by Vikram. They think Manav is travelling in the car. They decide to shoot him. Param wants to go to Serbia as well. Sarabjeet tells him that he can’t take him along. He promises to get his little sister from Serbia. Param gets happy and him to go with Meher. Sarabjeet clarifies to Meher. He tells that he lied to Param to console him. She tells him that Param will get sad when they come back without a baby.

Param tells Harleen that Sarabjeet and Meher are going to Serbia to get a baby. Harleen thinks they are going on a honeymoon. She is happy for them and congratulates them. Meher tells Harleen that they aren’t going on a holiday. Kulwant stops her sons from shooting Manav. Bittu tells her that Manav is really alive. She tells them that she learnt Vikram’s plan, he has done everything to trap them.

She tells them that she had a doubt on Vikram and she verified Vikram’s plans as well. She reveals that Vikram was posing as Manav. Sarabjeet and Meher reveal the problem to Harleen. They want Harleen’s blessings to overcome the problem. Harleen feels Meher is always tested by the fate. She blesses Meher to win over the problems.

She wants Meher to come back soon. Sarabjeet tells that he can’t leave Meher alone in Serbia. He asks Harleen to have faith, everything will be fine. Vikram hopes that Kulwant and her sons fall in his plan. Vikram gets called by his mother, who gets emotional that its his marriage today. Vikram heads to home for the sake of his mother. Param spreads the news that Sarabjeet and Meher are going to get a baby from Serbia.

She tells Sarabjeet that he should stay back for the sake of their children. She tells that their sons need him. Sarabjeet wants to accompany her. He tells that he will not let her go alone. She wants him to think of little Karan. He tells her that she can’t convince him for this. He promises to always be with her. He tells that he can never go away from her. He exclaims that he can never agree if she asks him to get separated from her. Param chooses a name for his sister. Meher feels bad to lie to him. Sarabjeet and Meher prepare to welcome the Baraat.

They get decked up. They welcome Vikram and his family. Vikram wants Kulwant to get trapped in his plan some how. He dances in his baraat. Sarabjeet doesn’t give any chance to Vikram to complain. Vikram and Kulwant get into an argument. She confronts him for sending the fake video to her to prove that he is Manav. She tells that she didn’t do anything wrong, she is waiting for Manav, she isn’t scared of his coming. She asks him when is he bringing real Manav.

Moreover, Vikram gets mesmerized to see Aditi in the bridal get up. Sarabjeet and Meher recall their marriage moment. They have an eyelock. Vikram feels lucky to get Aditi’s love. They exchange the garlands. Vikram gets flashes of his marriage with Meher. Kulwant is happy that Vikram is getting married and will be out of Meher’s life forever. Sarabjeet and Meher perform the rituals of the marriage. Param unites his parents, by tying up them in the ritual. He wants to bring them together.

Consequently, the past strikes back when Vikram gets his memory back during the marriage rounds, while Sarabjeet records the entire marriage. Vikram tells Meher that he is back, he is her Manav, none can come between their love. Kulwant is shell shocked that he has recalled her crime. Meher and Sarabjeet are also stunned to see Manav.

Reviewed Rating for this particular episode Choti Sardarni 22nd September Update Vikram past strikes: 5/5
This rating is solely based on the opinion of the writer. You may post your take on the show in the comment section below.