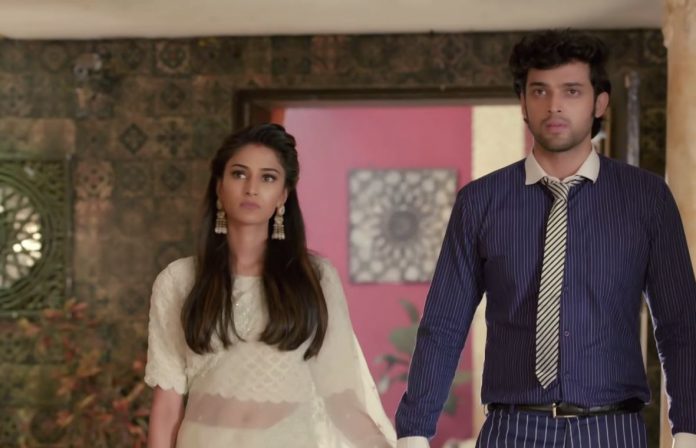 Kasautii Zindagii Shaadi Mubarak Upcoming twists today Yeh Jadu Hai Jinn Ka Roshni gets a doubt on Jhumru. She tells Aman that Jhumru’s house got burnt just when Rehan and Shayari reached there. Aman believes Jhumru, since he can connect to his sad story. Roshni tells that Jhumru maybe bad, that’s Armaan doesn’t like him. She wants Aman to find the reason. Aman tells that Armaan will be becoming a Kaala jinn, the reason is enough for him to turn evil. Jhumru is happy that at least Aman is mislead by him. He plays a trick to kill Armaan, or at least send him away from the Khan family. Roshni too suspects Jhumru like Rehan did. Will Roshni find out his truth?

Anurag gets mad at Komolika knowing she had tried to kill little Sneha by bribing Chandrika. She tells him that she has done everything to break down Prerna. Mohini isn’t aware of Komolika’s evil. She advises Komolika to kill Prerna. Komolika reveals her plan to kill Prerna and get rid of her forever.

Anurag learns Komolika’s dangerous intentions. He rushes to save Prerna’s life. Anurag and Prerna fall in danger once again. Mohini didn’t expect Komolika to harm Anurag ever. She overhears Komolika’s conversation when she orders her goon to just kill Anurag if he comes in between to save Prerna. Mohini gets against Komolika, whom she has obeyed since years just for her hatred towards Prerna. Mohini realizes that Prerna is the right girl for Anurag.

Tarun insults Preeti like he always does. Kusum takes a stand for Preeti. She wants to slap Tarun hard so that he gets his sense. She has always received respect from Preeti. She feels sorry for Preeti who went out of the house to gain self respect. She is sure that Preeti will succeed in her business. Tarun emotionally blackmails Preeti to accept his 25 day challenge. He wants her to fail in the challenge and come back home to obey his commands like before.

He tells her that he will not let her work or earn again in her life if she fails to prove herself. Rati passes taunts on Preeti. She instigates Tarun against Preeti further. Kusum knows that both Tarun and Rati are selfish and disrespectful. She tells Preeti not to accept the challenge. On Tarun’s threatening, Preeti accepts the challenge. She is determined to work hard and win the battle for her self esteem.