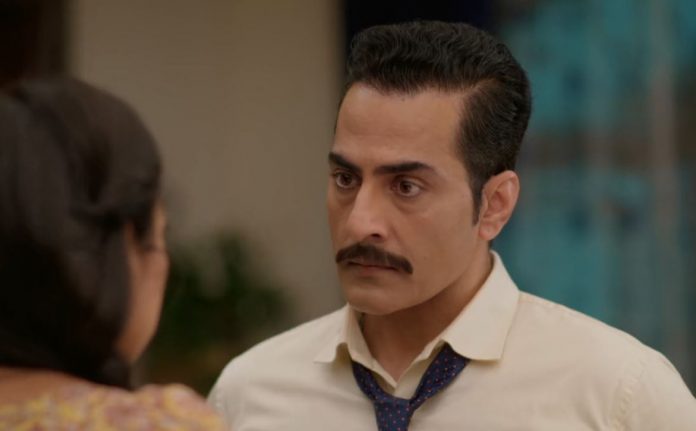 Anupama 3rd October Written Update Kavya instigates Vanraj Paritosh doesn’t want Samar to get upset all the time. Samar asks him why didn’t he notice that Anupama isn’t around during his engagement. He asks Paritosh to become like Vanraj, but not hurt Anupama’s sentiments. He feels its wrong to ignore Anupama. Baa finds Kavya with Vanraj in every picture. Kavya is happy to see the pictures.

Baa tells that Anupama isn’t there in the pictures, which isn’t a big problem, but Kavya’s presence is a problem. She tells that she can’t send the pictures to any relation now, since they will question about Kavya and Vanraj’s relationship. She wants to know why did Kavya stand close to Vanraj. She tells the relatives will question them about Kavya. She wants Anupama to get some sense and notice Kavya taking her place.

She feels Anupama has given this right to Kavya. She blames Anupama for making her embarrassed. Kavya tells that she didn’t do it intentionally. Baa scolds her for forcibly entering the house and snatching Anupama’s place. She tells that Kavya is planning to stay with them forever. Kavya doesn’t want Baa to insult her. Baa tells its her house and she will decide to stop her.

Kavya remarks that its Vanraj’s house, Anupama and Vanraj have given her a shelter. She doesn’t want Baa to question her. Anupama intervenes to stop them. Anupama asks Kavya to talk with respect. Baa asks Kavya if her parents didn’t teach her good manners. Kavya warns her to stop taunting her parents. Baa angrily wants to throw her out. Anupama rebukes Kavya for shouting on Baa. Kavya feels humiliated when Baa orders her to leave. She wants Vanraj to come and handle the situation. Baa takes Anupama along and tells her to just ask Kavya to leave.

Kavya tells Anupama about pest control work going on at the office. She wants to work from home till then. Anupama asks her to go to Nandini’s house until Vanraj’s house. She adds that Vanraj will come and calm down Baa’s anger. Kavya gets upset and packs her bag. Anupama doesn’t want her to take her bags. She just asks her to go for few hours. Kavya doesn’t listen and leaves the house. Nandini asks Kavya how did she come, if Anupama didn’t stop her. She praises Anupama a lot. Kavya tells that she is fed up of Anupama’s drama.

She calls Vanraj and complains about Anupama. She tells him that Anupama has ousted her from the house. She summons him to Nandini’s house for a meet. Vanraj agrees to meet her. He finds it odd to secretly meet Kavya. He hides from the neighbors and meets Kavya. Kavya tells him that Anupama has dared to throw her out of the house. Vanraj can’t believe it. He tells that Anupama doesn’t have courage to decide it alone. Kavya asks him if he doesn’t trust her. She reminds that he loves her. She proposes him for marriage.

He wants to talk to Anupama and take Kavya home. Kavya refuses to stay as a second woman in his life. She asks him to divorce Anupama and marry her. She tells that he shouldn’t stay in a loveless marriage. She also finalizes her divorce with Anirudh. Vanraj is tensed. He exclaims that Paritosh is getting married in a few days, he can’t take risk to accept Kavya. Kavya asks him if he won’t marry her ever. She confronts him. He tells that when he wanted to marry her years back, she wanted to focus on her career.

He adds that his children have grown up now, he can’t marry her at this time. Kavya tells him that their relationship is over. She calls it over and asks him to leave. Anupama is tensed to answer Vanraj when he comes back. Baa asks her not to worry, she will explain Vanraj. She stops Anupama from talking to Kavya. Vanraj comes home and gets furious on Anupama. He confronts her move to throw out Kavya in his absence. He yells at Anupama. He tells that she can’t take all the decisions. He asks how can she take his place in the family. Anupama wants Baa to help. Baa gets tensed seeing his anger. She changes her side.

She tells Anupama always does what she wants. Anupama gets into a bad situation. Vanraj behaves worse with her. He criticizes her. He tries to convince Kavya to return in his life. Anupama sheds tears of sorrow once again.

Reviewed Rating for this particular episode Anupama 3rd October Written Update Vanraj instigated: 4/5
This rating is solely based on the opinion of the writer. You may post your take on the show in the comment section below. 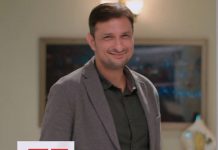