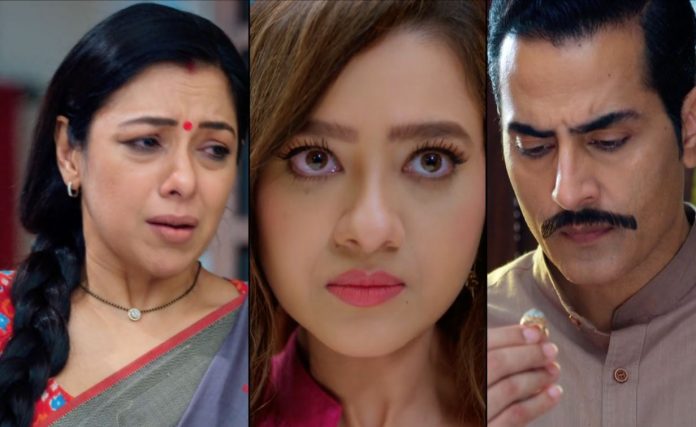 Anupama 7th October 2020 Written Update Vanraj’s dual marriage Vanraj is troubled by Anupama’s annoyance. He remembers Devika’s threatening. He doesn’t want to lose the family. He tells Anupama that he is feeling sorry for his wrong behavior. He wants her to understand him like always. He tells that she always tolerates his anger. He feels his identity is also because of her. He pleases her with sugary talks. Anupama asks him why is he changing his words, since he regrets to marry her.

She wants to get away from him. He sings a song to express his love. She hugs him emotionally. He folds hands to apologize to her. He tells that he will die if she doesn’t forgive him. They have a hug. She forgives him. He ends her annoyance. The family is worried that Anupama didn’t accept Vanraj’s proposal. Bapu ji tells Paritosh that Vanraj and Anupama will sort out their problems. Samar prays for Anupama’s happiness.

Vanraj gets Anupama back to the family. Anupama feels shy and smiles when Vanraj proposes her for marriage. Anupama accepts his marriage proposal. Kavya calls him repeatedly. Vanraj worriedly rushes to Nandini’s house to meet Kavya. She confronts him about proposing Anupama. He tells her that he was just playing a drama. She asks him to marry Anupama, but he has to marry her as well. She doesn’t want him to put him into security.

She asks him to give her rights of her wife as well. She convinces him with love. She has got his love and asks for the rights now. Vanraj agrees to marry her. He hugs Kavya. Kavya tells that he is much busy in his family duties. She tells him that she will make all the arrangements herself. Nandini misses to see them hugging. She tells that she is going to Anupama’s house to see the marriage functions. She thinks Kavya is busy in office work. She makes a leave. Vanraj thinks Kavya is his love, he will marry her and stay happy.

He wants to pretend happiness with Anupama to keep up a good family. The family makes plans to surprise Vanraj and Anupama on their anniversary. Anupama feels shy. She tells Vanraj that she fell in love at first sight with him. She asks him to accompany her to the temple. He tells her that he wants to make a prayer for their forever love. He hugs her unwillingly. Anupama is happy to make a new start. Kavya tells Nandini that she is going to marry Vanraj. Nandini is left in shock. Will Nandini inform the truth to Samar and Anupama? Keep reading.

Reviewed Rating for this particular episode Anupama 7th October 2020 Written Update Vanraj’s dual marriage: 4/5
This rating is solely based on the opinion of the writer. You may post your take on the show in the comment section below. 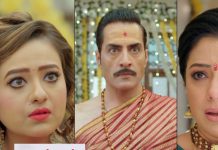