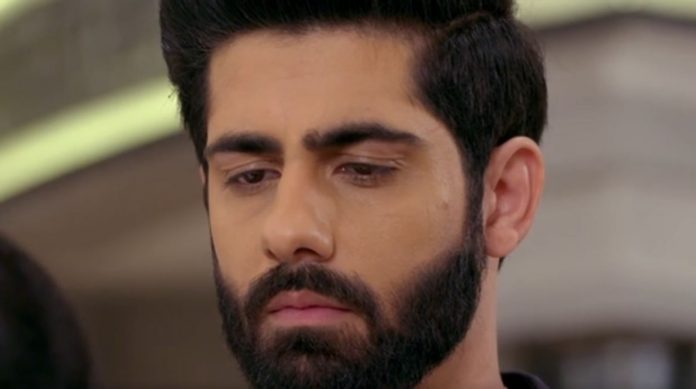 Ishq Mein Marjawan 8th October 2020 Written Update Review Riddhima gets much affected by Vansh’s annoyance. Vansh stops talking to her because of her blame on Anupriya. He can’t tolerate Riddhima accusing his loving mother. Anupriya cleverly comes up with a plan to keep Vansh engaged further. She plays a drama of goodness to make Vansh believe her more. She takes an advantage of Vansh’s faith. She wants him to forgive Riddhima for her silly allegation. Vansh finds Anupriya a big-hearted person.

Vansh finds Riddhima up to something. He questions her, but doesn’t get any answer from her. Riddhima doesn’t want to tell him anything until she gets the evidences in her hand. She knows Vansh and Anupriya’s relation is strong since many years. She can’t make Vansh against Anupriya with any baseless allegation. Riddhima tries to hide the box and takes it away to find a way to unlock it. Vansh cares for Riddhima. He wants her to listen to him and not risk her health.

Riddhima is thankful to him, while he is indebted to her. He doesn’t want to accuse his mother. He tells her that Anupriya has a beautiful soul, who wants him to forgive Riddhima. He wants Riddhima not to suspect everyone in his family. He wants her to start a new life with him.

Anupriya plans to use Vansh in her plan, so that Vansh gets the box to her. Vansh finds Riddhima’s behavior suspicious. Riddhima lies to him. She still fails to convince him. She tries hard to keep the box hidden from Vansh.

She thinks Anupriya is involved in Ragini’s murder also. She hides the box in Dadi’s room and is relieved. Dadi gives her some lessons of Vansh, which makes her think of Vansh. Riddhima realizes that she is in love with Vansh. Moreover, Aryan and Riddhima get into an argument. Aryan is angry that Riddhima had accused Chanchal. Chanchal and Aryan plot to trouble Riddhima to take revenge for the insult.

Aryan threatens Riddhima about Vansh. Vansh makes a leave from the mansion for his work. He sends a parcel for Riddhima to prove his love and faith towards her. Riddhima gets happy with the gift. She feels love for him. She thinks Vansh is very good-hearted, he can never kill anyone. She feels sorry for him that Anupriya is easily cheating him. Riddhima worries that Anupriya has sensed her planning.

Riddhima takes a big step. She shows her courage in saving the box from Anupriya. She loses the box and realizes that Anupriya was following her. She finds Anupriya worried for the box. She finds out Chanchal’s plans against her. She sees Chanchal and Aryan with the box. She wants to get back the box. Aryan conspires to make Vansh hate Riddhima. He wants Vansh to know what does Riddhima do behind his back. Riddhima waits Vansh. Aryan gives her another shock. He continues to trouble her.

Riddhima realizes that Anupriya doesn’t have the box. She decides to trick Anupriya. She goes to make a plan to uncover Kabir’s face. Riddhima fails to open the box. She finds an idea to spread the news to Anupriya and her son, so that they attempt to steal the box from her. Riddhima threatens Anupriya about exposing her. This makes Anupriya call up Kabir for help.

Anupriya asks Kabir to come home and get the box from Riddhima. Kabir is helpless to meet Riddhima again when Riddhima calls him to reveal her plan against Anurpiya. Kabir feels stuck. She tells Kabir that Vansh isn’t a bad person, his mum Anupriya is the devilish woman ruining Vansh’s life. She shares her suspicion on Anupriya and also adds that she will be getting evidences against Anupriya. Kabir is horrified.

Furthermore, Kabir takes a disguise to enter the mansion. Riddhima is already prepared to welcome Anupriya’s son. She suspects that Anupriya is still on contact with her son, they both are plotting against Vansh to kill him. Kabir is caught by Riddhima’s plan. Riddhima goes to unmask him and see his face. Kabir falls into her plan. She masters everything cleverly to stop him from running away. Riddhima attacks Kabir. Kabir gets terrified that his big truth will get known to her. Will Kabir get caught? There will be many twists in tomorrow’s episode. Watch out for the special episode of IMM 2 and keep reading here to get exciting and exclusive news bytes.

Reviewed Rating for this particular episode Ishq Mein Marjawan 8th October 2020 Written Update: Riddhima’s masterplan: 4/5
This rating is solely based on the opinion of the writer. You may post your take on the show in the comment section below.