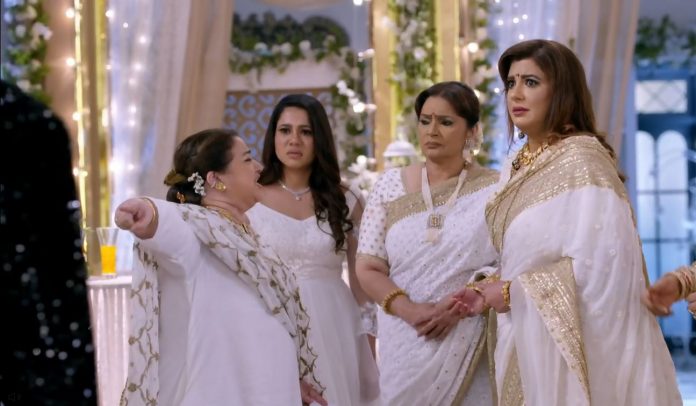 Kundali Bhagya 9th October 2020 Written Update Sarla accuses Mahira Sarla tells Karan that she had sent Preeta with Karan after his promise to keep her happy. She asks Kareena how will she justify Karan’s move. She doesn’t think Preeta did wrong. Bani doesn’t accept the marriage. Sarla tells that she doesn’t accept the marriage either, but the pairing is made from heaven, they are destined to be together.

She tells that Karan and Preeta have married each other by their wish, whatever their motives are. She tells that Karan is Preeta’s husband, he can’t marry Mahira, that’s the truth. She asks them why did they keep the reception if they didn’t accept Preeta. She tells that one has to obey the society rules. She doesn’t want Sherlyn to tell anything in between them. Mahira disrespects Sarla, who is fighting for Preeta.

She shows Ramona, who isn’t creating any scene. She insults Sarla further, which angers Rishabh and Karan. Mahira feels she deserves Karan more than Preeta does. She wants to marry Karan. She mentions that Preeta is not a good match for Karan. Sarla warns Mahira to be quiet. Mahira doesn’t want to get quiet. Sarla has no expectation from Luthras to support Preeta. She has a hope from Karan, that he will support his wife.

Karan tells Sarla that Preeta is missing, he can’t support her if she isn’t around. Sarla tells that Preeta can’t leave the reception. She wants to find Preeta. Karan shows the letter left by Preeta. Mahira reads the fake letter. Sarla denies to accept that the letter is written by Preeta. She checks the letter posed by Mahira. Mahira lies to them that Preeta has eloped to marry Prithvi. She tells that she has risked her respect to save Karan.

Rishabh and Karan can’t believe it. Sherlyn fuels the fire. Sarla tells them that the handwriting isn’t of Preeta. Karan calls it enough when Mahira calls Preeta characterless. Pandit tells Preeta that Pawan is a devil. He is scared of Pawan. He asks Preeta to just play along to get saved from Pawan. He is worried for his life. Preeta lies to Pawan that she will marry Prithvi once he regains consciousness.

Pawan tells Janki that Prithvi and he are just the same, they are like twins. He also likes Preeta. He tells that if Prithvi didn’t like Preeta, then he would have married her. Janki curses Pawan. He ties up Janki. Shrishti gets to see Preeta and Prithvi’s marriage rituals. She is panicking. Prithvi isn’t able to sit. Preeta tells Pawan that the groom must come to senses. Pawan is ready to keep her wish. Sarla gets into an argument with Mahira. Sherlyn wants Mahira to go after Karan and stop her. Mahira asks Sarla to prove her wrong.

Kareena asks Sarla to get her ideal daughter, Preeta back. Rishabh feels sorry for Sarla. Karan can’t tolerate Preeta’s insult. Mahira apologizes to him. Karan tells Mahira that he felt bad to hear anything wrong about Preeta. He is angry that Preeta insulted the sindoor. He knows that Preeta can never leave him. He doesn’t listen to Mahira. Mahira doesn’t want her plan to fail. Sarla tries to take Rakhi’s help.

Kareena tells that Preeta wanted to ruin their respect and left the house. Sarla feels its Rakhi’s mistake. She bears the insult. Sherlyn taunts Sarla. Sarla can answer Sherlyn. Kareena asks Sarla what does she want to say. Sarla wants to talk to Rakhi. Rishabh warns Sherlyn to stop misbehaving with Sarla. Sarla tells them that she knows Preeta’s handwriting well, the handwriting in the letter is different. Mahira worriedly comes up with a backup plan to prove Sarla a liar. Pawan tries to wake up Prithvi. Preeta burns the ropes to get free.

Shrishti wants to help Preeta. Sarla tells the family that Mahira would have written the letter, she would have kidnapped Preeta. She accuses Preeta. Shrishti steps in to save Preeta. She gets caught by crazy Pawan. Pawan feels the marriage will happen with all rituals since the bride’s sister has come.

Reviewed Rating for this particular episode Kundali Bhagya 9th October 2020 Written Update Sarla accuses Mahira: 4/5
This rating is solely based on the opinion of the writer. You may post your take on the show in the comment section below. 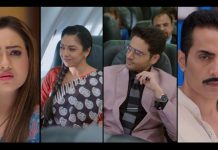 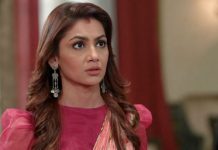 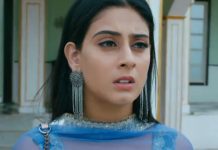