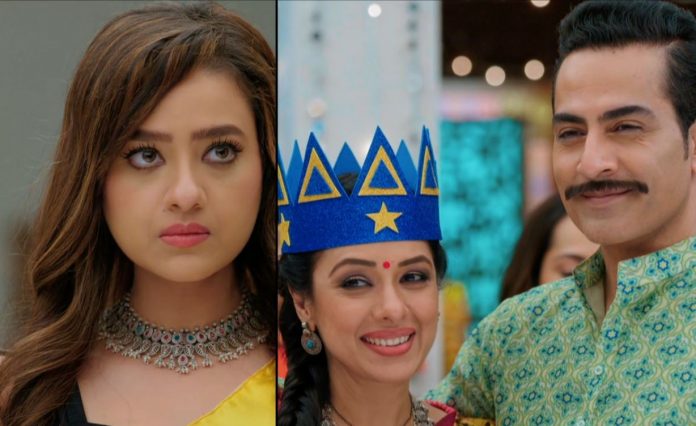 Anupama 9th October 2020 Written Update Wedding twist Baa doesn’t like Kavya’s arrival again. She insults Kavya indirectly. Kavya understands that Baa is taunting her so that she makes a leave. She gets upset. She wants to see Baa’s reaction when she becomes part of the family after marrying Vanraj. Kavya takes Baa’s blessings and apologizes for the argument. She doesn’t want to come in the family picture. She tells that she can’t become family if she comes in any picture. She apologizes to Anupama and Samar as well.

She tells that she loves their family and finds her rights on them so she had argued. Anupama forgives her. Kavya asks her to just forgive her for the past and future deeds. Anupama doesn’t understand her. Nandini is upset since she understands what Kavya means. The family plays musical chairs. Anupama asks Nandini why is she upset. Nandini makes an excuse. Samar feels sad for Nandini’s problem. Anupama cheers up Nandini. Baa cheats to win the game.

She gets out of the game. Anupama wants the family to give another chance to Baa. Baa gets tired and goes to rest. Nandini goes out. Samar asks her not to get too upset for little things. Nandini thinks to tell Samar about Kavya’s decision. She wants to tell him, but he goes on Anupama’s call. Samar fails to know the matter. Nandini knows he loves his mother a lot.

She doesn’t want to break her heart. Meanwhile, Devika messages Vanraj to threaten him further. She asks him to keep Anupama happy, else he would be going to the jail on her complaint. Vanraj is doing a drama just to get saved. He finds happiness with Kavya. He is with Anupama just for the sake of his family. Kavya tells Vanraj that she will always support him and handle his problems. Vanraj is glad and smiles. He is troubled to handle two wives at the same time. Kavya snatches Anupama’s seat by pushing her away.

Anupama finds another seat for herself and sits quickly before she gets out of the game. The family praises Anupama. Kavya feels bad. Kavya, Vanraj and Anupama have a close chase to win. Anupama can’t see Vanraj losing. Anupama and Kavya give their chairs to Vanraj. Baa taunts Kavya for pleasing Vanraj to get a raise in salary. Anupama and Kavya have a tough competition. Bapu ji asks them to make the round more interesting by having a war of words along with the game round. Anupama doesn’t want to say anything wrong to hurt Kavya.

Kavya is ready for the battle. She tells that they shall see who wins between them. Kavya finds Anupama an innocent woman who trusts anyone. Anupama tells that her faith is her strength, she will not forgive the one who breaks the faith. Kavya tells that everything is fair in love and war, one can break faith in love. Anupama tells that love comes in fate if its there, one can’t snatch love from someone else. Anupama wins the round and gets praised once again. Kavya becomes a loser. Vanraj makes Anupama wear the crown and calls her as his queen.

Anupama gets too joyed. She gets her pictures clicked with Vanraj. Kavya grows jealous and angry. She reminds Vanraj that she is also going to marry him, their marriage is also due soon, she will be becoming his bride as well. She wants Vanraj’s mehendi on her hands. Vanraj agrees to give her a good memory. Anupama and Vanraj celebrate their Sangeet before the wedding. Kavya imagines a performance with Vanraj. What will Kavya do now? Keep reading.

Reviewed Rating for this particular episode Anupama 9th October 2020 Written Update Wedding twist: 4/5
This rating is solely based on the opinion of the writer. You may post your take on the show in the comment section below. 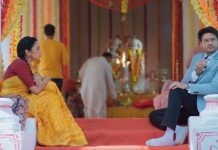 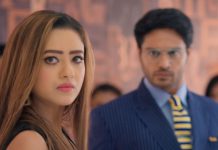 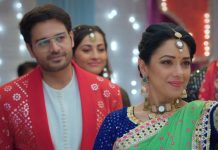