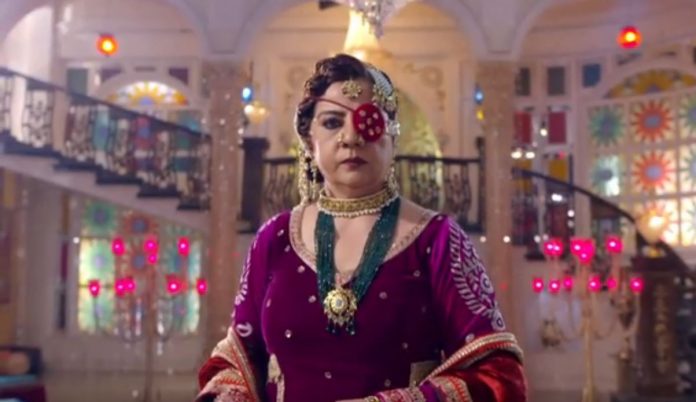 Barrister Babu 9th October 2020 Written Update Tara Bai’s entry Anirudh is determined to find Bondita and take her home safely. He gets a clue when he is on the way to search for her. Little Bondita acts generous once again to give away her slate to a girl. Anirudh discovers the important clue when he comes across that girl with Bondita’s slate. He questions the girl about the slate. To which she replies that Bondita had dropped the slate on the way. Anirudh is much glad to know that he is on the right direction in his search for Bondita.

He learns that Bondita was on the way to the train station with someone. Anirudh’s discovery goes on. He has already sworn to not go home and repent until he finds Bondita. He is sure to find her if his feelings are true. Anirudh wants to reach Bondita before she boards the train. He learns about Bondita, who is taken to Tara Bai for further training to become a star in Hira Mandi. Bondita questions the man about bringing her to the strange appearing place.

Anirudh imagines Bondita on the way and gets guided by her innocence. He tells Bondita that he is coming to her very soon, he will eradicate all the stains from her name. He promises to get her the deserved respect back. Anirudh tells that he will not break his promise this time.

He recalls the way Bondita was looking at him with hopes. He ws blinded by his ego and anger. He regrets his actions, which landed her in a big problem. He realizes she didn’t leave by her wish, someone had taken her by tricking her, just like Brijvasi. The brothel man wants her to get all the answers from his boss, Tara Bai. He takes Bondita to Tara Bai, who looks a scary figure to Bondita. Will Tara Bai change Bondita’s life? Will Anirudh reach Bondita in time and save her? Keep reading to find this post updated shortly with more detail.

Anirudh justifies Bondita isn’t an abandoned woman, since she has left him. He wants the villagers to tag him with all the bad names and insult him. The villagers tell that men can’t be disgraced like that. Anirudh argues with them about the partiality between men and women. He tells them that he was wrong to leave Bondita, he is the unlucky man who lost his wife. He tells them that Bondita just wanted love from Sumati, and respect from the villagers. He feels everyone did injustice with little Bondita.

He sheds many years of sorrow and regret. He feels Bondita never needed his pity or help, she is brave enough to support herself in the fight. Anirudh defends Bondita further, while Sumati gains consciousness to question him about Bondita. She tells Anirudh that she felt someone had come to take Bondita far from her. She doesn’t get tricked by Mami. She stops Anirudh from helping her, since he has abandoned her daughter. Sumati is upset that Anirudh didn’t support Bondita in the moment when the villagers insulted her. She accuses him for ending Bondita’s faith on him.

Anirudh apologizes to Sumati and begs her. Sumati doesn’t forgive him. She punishes him by her rudeness. She wants him to leave. She feels he has come to get rid of his guilt, not because he worries for Bondita. She accuses him for not turning up on time to save Bondita. Anirudh feels sorry and pledges to get Bondita back to Sumati. He takes a diya on his palm and pledges to bring her back.

Sumati melts her heart and wants to go along to find her daughter. Anirudh wants Sumati to trust him for the last time. He doesn’t want to risk her life. He tells that he will find Bondita soon. Bondita gets shifted to some place. He is sure to find her some how. Bondita’s slate drops in the jungle way. Sumati blesses Anirudh to get Bondita back. Anirudh begins his search for Bondita. Anirudh gets hints and realizes that Bondita has been kidnapped.

Furthermore, Trilochan learns about Anirudh searching for Bondita, and Bondita’s leaving the village. He regrets that he didn’t stop Bondita from leaving the house when Anirudh made her out. He cries out his pain on hearing the bad news of Bondita’s humiliation and escape from her village. His plans to welcome Bondita back shatter down. Anirudh gets a lead to follow and find Bondita.

Bondita learns about Anirudh and Saudamini’s relation forming after seeing their picture in a newspaper. She fails to read about their engagement. Anirudh reaches close to find her, but misses her. Bondita is taken to Kolkata before Anirudh reaches her. She is compelled to accept the brothel and is given a new identity. How will Anirudh save Bondita from the brothel? Keep reading for future updates and news.

Reviewed Rating for this particular episode Barrister Babu 9th October 2020 Written Update Tara Bai’s entry: 4/5
This rating is solely based on the opinion of the writer. You may post your take on the show in the comment section below.