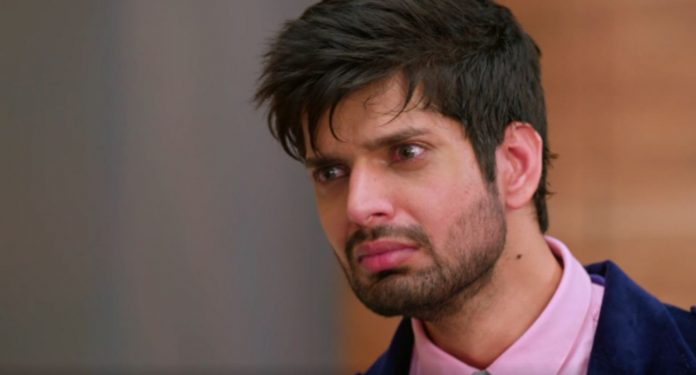 Choti Sardarni 12th October 2020 Written Update Manav slapped Meher doesn’t hug Manav on his request. She tells him that she is very happy for him. She used to hate Kulwant and her brothers for doing injustice with him. She tells him that Kulwant has tortured her a lot as well. She is happy that he got a happy now, he is getting love from parents and also got a good job. She feels his life is perfect.

Manav asks her why did she get distanced from him. He asks her to express her happiness. He tells her that he has come back from death just for her sake, he has to live his life with her. He tells her that she is his wife. She asks him to talk standing away. She reminds him that she is Sarabjeet’s wife. Manav feels heartbroken. He asks her if she is joking to punish him for being late. He doesn’t want her to get distant from her for any reason.

He tells her how madly he found her. He shows her dupatta he had stolen from her bathroom. He tells her that he is dying her love, he had come to Serbia to just get her love. She exclaims that she understands his feelings well, but she can’t help themselves now. She wants to explain him that their love was kiddish, she has moved on. He asks her what does she mean to say. She wants to explain him that she loves Sarabjeet now.

Meher gets serious when he holds her hand. She commands him to leave. He thinks Sarabjeet isn’t with her. He asks if she is scared of Sarabjeet. Meher tells him that Sarabjeet is like God for her. He reminds her that he is always with her, she doesn’t need to get afraid of Sarabjeet, if she isn’t happy with him. He thinks Meher was upset after his death news and married Sarabjeet. He wants to beg Sarabjeet to free Meher.

He tells that he will thank Sarabjeet for protecting her. Meher tells him that Sarabjeet gave her a new life and identity. She doesn’t think Manav has any place in her life. He tells her that she should trust him, he will fight the world to get her. Meher rejects Manav’s love. She mentions that she has moved on. Manav pleads her for love. He tells her that he will die without her. She clears that Sarabjeet is her love, they love each other a lot and have a small world with their children. He questions if their love was fake.

She tells that their love was also true, but Sarabjeet gave her a new life. Manav begs her to accept him. He didn’t expect her to abandon him. He breaks down. Meher tells him that its their fate, that separated them forever. Manav denies to accept the fate that drifts them apart. He tells her that she is just of him. She apologizes to him. Meanwhile, Martha and Angel get to hear Sarabjeet’s voice note. He clears Meher’s name from the case.

He tries hard to change Martha’s decision about the case verdict. Matwani tells Sarabjeet that Martha’s decision will decide Meher’s fate. Sarabjeet is sure that Meher will be safe. Martha and Angel meet him in the court. Angel offers jalebi to him. She sings praises of Meher. Martha decides to forgive Meher and Sarabjeet. Angel is glad that Meher has cured her illness. She is thankful to Meher. Sarabjeet wants her to thank the God. Martha decides to spare Meher from the legal case.

Moreover, Meher asks Manav to move on with Aditi. Manav refuses to her. He wants Meher back. Meher mentions again that she is Sarabjeet’s wife. He tells her that he will kill Sarabjeet if she tells that again. She loses her temper and slaps him on hearing such a bad thought. What will Manav do now? Will he really kill Sarabjeet? Keep reading.

Reviewed Rating for this particular episode Choti Sardarni 12th October 2020 Written Update Manav slapped: A very emotional episode. It will leave you in tears for sure. 4/5
This rating is solely based on the opinion of the writer. You may post your take on the show in the comment section below.