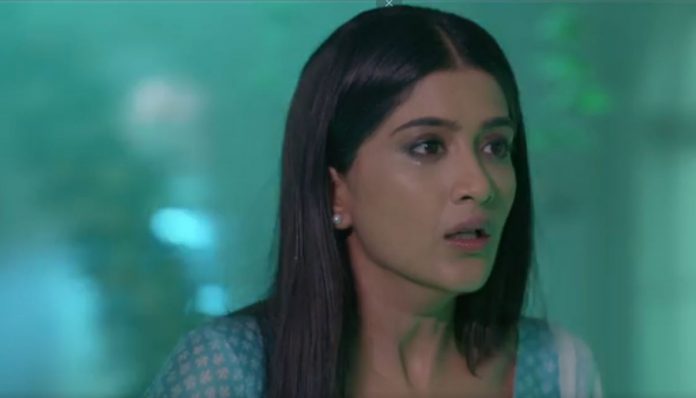 Meher declares in the news that Sarabjeet is stable and conscious now. This news brings tension for his enemies. Manav investigates Robby, who comes up with a story beforehand. Robby tells him that he picked the gun to sell it, since its an antique gun. He tells that he had to pay a big amount and wanted to sell the gun. He asks Vikram to believe him. He seems to have fooled Vikram. Vikram knows he is cooking a story. Seema enquires about Sarabjeet’s case. She asks Vikram to come back home for her sake.

She feels uneasy. Meher is worried that Manav’s plan is risky. Manav tells Meher that he will also be there along with his staff in civil clothes, they will save Sarabjeet from the danger. Meher doesn’t want any threat. Surya informs Vikram about Seema’s bad health. He summons Vikram home urgently. Manav asks Meher to stay with Sarabjeet. He tells that his plan is to just ensure Sarabjeet’s safety. He asks Meher to stay alert. He adds that his team is also there to help her.

The culprit reaches the hospital, while the well wishers pray for Sarabjeet’s long life. Meher thinks Sarabjeet is in risk, since he is really unconscious. She rushes back to Sarabjeet on seeing the power failure in the hospital. She goes to call Manav. Meher gets attacked by the culprit. Someone dresses as Manav to attack Meher. Meher senses the culprit’s presence. She wants to know who is it.

She shouts for help. She fails to get help from anyone. She defends the attack. Kulwant behaves weird at her home, which makes her sons alert. They want to know what she wants to do next. Meher gets into trouble. She shouts for help. She can’t let Sarabjeet die. She catches the culprit, who had come to kill Sarabjeet. Meher gets fainted down when the attacker pushes her aside.

Manav leaves for home. Nurse calls him to inform about a man entering Sarabjeet’s ward. He is shocked to know that the man has locked the gate from inside. He calls his assistant to get the news. He finds the assistant not answering. He gets worried for Meher and Sarabjeet. He had convinced Meher for the plan by making her trust him. He didn’t know that the plan can result into a worse thing. Meher gets worried for Sarabjeet’s life. She watches the attacker harming Sarabjeet. She gains courage to save Sarabjeet. She hits on the culprit’s head, while Manav reaches the hospital.

Meher finds Sarabjeet losing his breath. She makes him wear back the oxygen mask. She doesn’t want anything to happen to him. She attacks the killer with a knife. Manav fears for her life. He reaches Meher and saves her from the killer, unaware his identity. The killer gets exposed as Vikram’s dad Surya Pratap. He tries to kill Meher and Sarabjeet. Manav protects both Meher and Sarabjeet.

Meher’s shout for help reaches Sarabjeet. Sarabjeet gains consciousness and stops Surya from stabbing Meher. He holds Surya’s hand and fights him in the weak state. Meher ends up getting hurt. She shouts for help. Surya tries to suffocate Sarabjeet. Manav tries to break the door. He succeeds in breaking the door and stopping the killer. He bashes and fights the killer. Meher finds Sarabjeet in pain.

Manav wants to know the real face of the culprit. Sarabjeet names Surya Pratap as the killer. He shocks Meher and Manav by naming Surya. Manav can’t believe that his dear dad can commit such a crime. He unmasks the killer and sees his dad. He is shell shocked with this revelation. He never imagined that the truth can be so bitter. Surya has done everything for the sake of Seema’s life. He doesn’t want Manav to return to his old life by revealing his identity of Manav to Seema, who will end her life as well. Many questions arise in Manav’s mind. Meher too is curious to know the reason for Surya’s crime.

Surya apologizes to Manav. He asks Manav to never reveal the truth to Seema. He jumps off the window to commit suicide, since he fears his defamation. Manav is shocked and afraid to lose his dad. Why did Surya take the step to kill Sarabjeet and Meher? Is Surya protecting Seema from the arrest? Did Seema shoot down Sarabjeet? Were Surya and Seema trying to kill Sarabjeet for the sake of Manav’s love for Meher? Keep reading to get more of the unexpected.

Reviewed Rating for this particular episode Choti Sardarni 26th October 2020 Written Update Killer exposed: 5/5
This rating is solely based on the opinion of the writer. You may post your own take on the show in the comment section below.