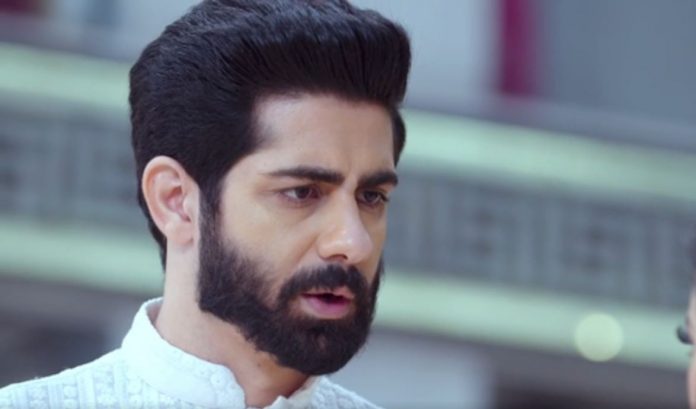 Ishq Mein Marjawan 27th October written update Vansh unpredictable move Riddhima gets saved from Vansh’s suspicion once again. Kabir leaves Riddhima’s room in time, but she ends up troubling Vansh by mentioning Ragini’s name. Riddhima doesn’t think she should admit that she knows Ragini’s truth. She just meant to say that she knows Ragini is alive. She didn’t wish Vansh to doubt her for mistrust. Vansh is constantly pushing himself to trust Riddhima and save his marriage. Vansh gets too unpredictable for Riddhima. She can’t believe him doing Ragini’s Shraddh.

She wants to know why is he performing the post-death rituals when Ragini is very much alive. Vansh wants Riddhima to take it as his life’s ugly chapter’s closure. He doesn’t want the dead people to come between his marriage. He tells that he has to break his ties with the dead people to show his care for the people alive. Keep checking this space for the live update. Also click the rating system below to help us know your choice and continue on this show updates.

Aryan retrieves the memory card which carries the footage recorded by him. He got the card near the fire when Riddhima had thrown it. Aryan succeeded to save the card from burning. The card still carries the evidence against Vansh. Chanchal was worried that Riddhima got threatening them. She is too afraid of Vansh’s anger. Seeing the memory card, she gets too relieved that none can harm Aryan now. Aryan got the evidences in his favor. He wants to teach a lesson to Riddhima now.

Meanwhile, Ishani gets troubling Riddhima with threatening comments. She has seen Riddhima going in Vansh’s car by hiding in the dickey. She didn’t know that Riddhima is still spying on Vansh. She didn’t record Riddhima’s act and regrets. She wanted to prove it to Vansh that Riddhima is cheating them for a motive. She knows that Riddhima never wanted to marry Vansh, she has married him and entered his life for her mission. She threatens to expose Riddhima’s mission to Vansh and get her thrown out of Vansh’s life. Riddhima takes her warning lightly. She thinks she has got rid of the memory card and Vansh is safe now. She is happy that Ragini is alive. She knows that Kabir can’t harm Vansh now.

On the other hand, Riddhima is huge surprised to see Vansh’s step to conduct Ragini’s prayer ceremony. She didn’t know that Vansh will try so hard to prove Ragini dead. She wants to know the reason for his move, why is he protecting Ragini from the world, if there is some enemy chasing Ragini. She wants to find out the truth.

Vansh tells Riddhima that he has done everything to secure their relation, since his past was always coming between them. He once again declares that Ragini is dead and now she will be out of his heart as well. He just wants to be true to Riddhima. Riddhima finds him lying for a reason.

She stays disturbed by his lie. Dadi accompanies Vansh in the puja. She tells Riddhima that Vansh has done everything for her sake. She asks Riddhima to get happy that Vansh is ready to move on with her. She doesn’t think Riddhima should get tensed or disturbed. She asks Riddhima to make a new start with Vansh when he is taking the initiative. Kabir learns that Vansh has kept Ragini’s Shraddh. Anupriya tells him that Riddhima is fooling them again to save Vansh, Vansh had really killed Ragini, Ragini can’t be alive as Riddhima stated. She tells that Riddhima is just protecting her husband and marriage. Kabir gets angered. Anupriya suspects Chanchal and Ishani.

Ishani alerts Vansh that Riddhima is spying on him again. He doesn’t believe her. He tells that he had checked the dickey himself. Ishani gives him the proof that Riddhima was hiding in the dickey. Vansh wants to see what proof she presents. Ishani fails to show Riddhima’s ring in the dickey. Vansh argues with Ishani to defend his wife. He tells that he believes Riddhima. He doesn’t give any right to Ishani to interfere in his relation. He asks Ishani not to trouble Riddhima.

Vansh shocks Riddhima by taking her to Ragini’s statue. He tells the surprise element. He asks her to break the statue to help him get rid of his past. Riddhima is scared seeing his behavior. He tells her that he will help her in ruining his past relation burden from his heart. He makes Riddhima shatter the statue into pieces. Vansh asks Riddhima to be happy that Ragini is out of his life. He gets doubtful after Ishani’s words. He questions Riddhima about his ring. Riddhima ends his doubt once again. She got the ring from the dickey in time and worn it as well.

Riddhima realizes that Vansh is doing everything for her. He proposes her for the new start. She wants to accept his proposal. Dadi announces the Karwachauth festive and wants both the newly married couples to keep the fast. Riddhima happily agrees, while Vansh advises her not to keep any fast. Riddhima wants to please him by her acceptance for his proposal. Kabir hinders Riddhima’s happiness by reminding their love vows. Riddhima meets Kabir to clear his misconception. She decides to move on with Vansh. Kabir turns revengeful against Riddhima’s growing fondness for Vansh. What will Kabir do now? Keep reading.

Reviewed Rating for this particular episodeIshq Mein Marjawan 27th October written update Vansh unpredictable move:4/5
This rating is solely based on the opinion of the writer. You may post your own take on the show in the comment section below.