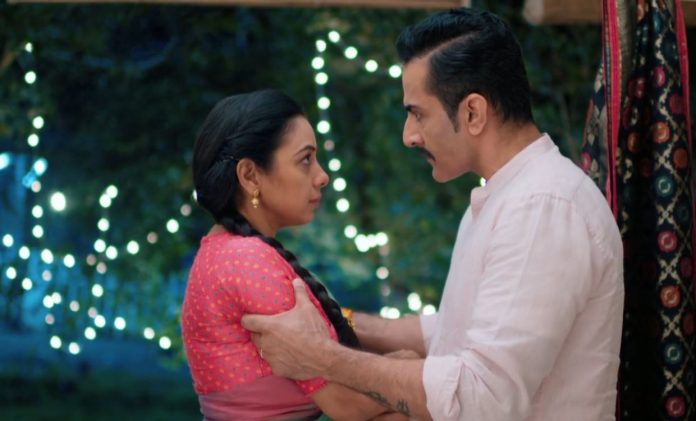 Anupama 3rd November 2020 Written Update Vanraj Anupama challenge Anupama confronts Kavya for the affair. She feels back stabbed by Kavya. She allows Kavya to marry Vanraj. She asks Kavya to take permission from Vanraj’s parents before the marriage. She frees Vanraj from her side. She doesn’t want to hurt his parents by telling the truth. Anupama finds Vanraj hiding there. She sees his shadow. Anupama wants Kavya’s house to have peace. She makes it clear that she doesn’t want to be with Vanraj now. Kavya feels guilty. Vanraj gets into an argument with Kavya.

He asks Kavya how can she be insensitive to discuss their marriage. He tells that he doesn’t want to give divorce to Anupama. Kavya demands an answer from him. She asks him to divorce Anupama if she has herself decided to free him. Meanwhile, Pakhi cries recalling the differences between Anupama and Vanraj. She wants to know what’s them matter that Anupama changed so much. Paritosh stops Samar from revealing Vanraj’s affair. He lies to Pakhi. She asks them not to treat her like a kid.

Samar wants to tell Pakhi that Vanraj is the world’s worst husband. Paritosh tells that Vanraj is guilty of his act. He asks Samar to respect their dad. Samar tells that he doesn’t believe Vanraj. He asks him to believe Vanraj if he wants. He is sure that Paritosh’s trust will also break soon, just like Anupama’s trust broke. Rakhi arrives home to meet Anupama. She doesn’t find any drama in the family.

She wants to light a spark to cause fire in Anupama’s relations. She asks Baa about the shock that Anupama fainted on her marriage day. She wants to tell about Kavya. Anupama meets Rakhi and stops her from telling about Kavya. Rakhi fakes concern towards Anupama. Anupama thanks her for the concern. Rakhi asks Anupama if Vanraj left her in the sick condition and went to Kavya. She wants Baa to explain Vanraj to give time to his wife. Anupama asks Rakhi to pick up values from them if she wants.

Rakhi fails to fuel the fire. She makes a leave. Baa wants to know from Anupama if there is anything. She can see the differences between Anupama and Vanraj. She asks if there is any fight. Anupama doesn’t answer her anything. She doesn’t reveal anything about Vanraj and Kavya. Baa senses that something is wrong. Moreover, Kinjal criticizes Rakhi for trying to know about Vanraj and Kavya.

Rakhi tells Kinjal that she already knew about their affair since a long time. She tells that she won’t be silent once she gets a proof. She wants to ruin Vanraj and take revenge on him. Furthermore, Vanraj angrily confronts Anupama. He tells her that he has explained her the truth. He lies to her that everything is over between Kavya and him. Vanraj shouts on Anupama, but finds no use. He calls Anupama wrong.

He counts his favors on his wife. He tells that he has given her a lot, but she is just seeing his small mistake. He apologizes for his mistake. He asks her to end the fight and move on. He lies to her again that Kavya isn’t in her life. Anupama doesn’t want him to act in front of her. She confronts him for meeting Kavya by lying to her. She knows that he was present there when she went to meet Kavya. She tells him that she has seen his shadow at Kavya’s house. She confronts him for his decision to marry Kavya.

She knows Kavya is in his life. She doesn’t want him to count his favors. She tells him that she has done a lot for him, but she never counted her favors on him. She leaves him speechless by her words. She questions him if he would have forgiven her if she had an affair with a stranger.

Vanraj is hurt to think of that. Vanraj asks her not to dare say that. Anupama makes him realize his mistake. Samar focusses on his career. He tells Anupama that he wants to earn money and support her. She gets emotional. Vanraj wants to fail Anupama. Anupama takes his challenge. He asks her to make her name and career, if she thinks she is better than any maid. He insults her.

Reviewed Rating for this particular episode Anupama 3rd November 2020 Written Update Vanraj Anupama challenge:4/5
This rating is solely based on the opinion of the writer. You may post your own take on the show in the comment section below.