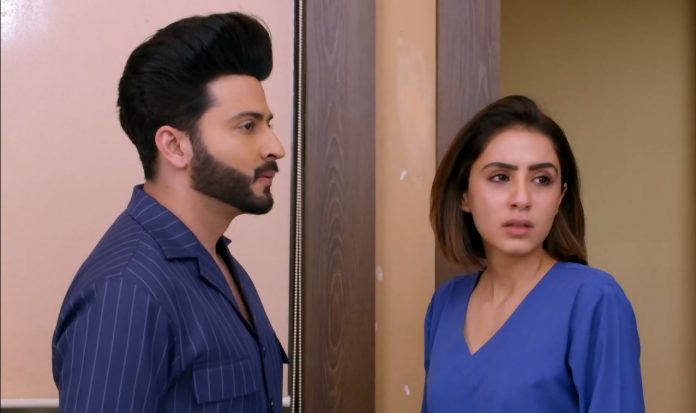 Kundali Bhagya 4th November 2020 Written Update Karan befriends Mahira Mahira and Ramona make a plan to get Luthra family’s sympathy. Mahira tells them that Ramona left her and now she has no place to go. She tells that she wanted to die. Prithvi is in disguise of a doctor. He thinks Mahira has played the game really well. He knows that Luthra family will take her home and welcome her. Kareena asks Mahira not to worry and come with them to Luthra house.

Sherlyn is happy. Rishabh asks Mahira to take care and get fine. Preeta takes care of Mahesh. She wants him to recover soon. She becomes his in-house doctor. She tells Mahesh that he should come back to them soon. She tells that they have been waiting for his return since long. She likes his daily progress. Sarla calls her up to tell her that Shrishti isn’t at home. She wants to know if Shrishti has come to meet her. Preeta has no idea about Shrishti.

She asks Sarla not to worry and wait for Shrishti’s return. She wants Sarla to take care of herself. She tells that Mu dikhai function got over, but stopped midway because of Mahira’s suicide attempt. Sarla and Janki are shocked to know about Mahira. Preeta tells that if Mahira told anything against Karan then he would have fell into a big problem. She tells that everything is okay as of now. Sarla doesn’t know that she should be happy or not.

Moreover, Rishabh tells Kareena that Mahira can’t come back home, the relations will change again, Preeta and Mahira can’t stay under the same roof. He requests Kareena to understand him. She tells him that Mahira is mentally fragile now. She asks him not to worry for Rakhi. Rishabh doesn’t think Rakhi will take this decision. Kareena tells that Mahira may attempt suicide once again. Bani tells Rishabh that Ramona will come and pick Mahira from their house soon. Rishabh asks them not to worry for Mahira. He tells that Karan is married to Preeta now.

Janki asks Preeta to remember that Mahira will be her Sautan. She asks Preeta not to take her words lightly. She warns Preeta in advance. Preeta asks Janki not to worry. Kareena tells that Rakhi would have supported Mahira, who went against Ramona. She asks Rishabh to know Mahira’s step to favor Karan. She wants Rishabh to give a chance to Mahira. She feels sorry for Mahira. She decides it that Mahira will come along. Preeta doesn’t know Mahira’s extreme behavior.

She feels Rakhi will never let Mahira get inside the house. She assures to Janki that she will protect her marriage. Sherlyn tells Karan that Mahira needs them. Mahira meets Karan and asks him to not take her home against his will. Bani and Kareena pity her. Rishabh feels angry that the family doesn’t understand him. Karan cares for Mahira. He asks Mahira to remember that they are best friends. Mahira hugs him. This annoys Rishabh more. Preeta promises Janki that she will send Mahira back if she comes. Mahira plans to become Karan’s love by hr manipulations. Will she succeed? Keep reading.

Reviewed Rating for this particular episode Kundali Bhagya 4th November 2020 Written Update Karan befriends Mahira:4/5
This rating is solely based on the opinion of the writer. You may post your own take on the show in the comment section below.