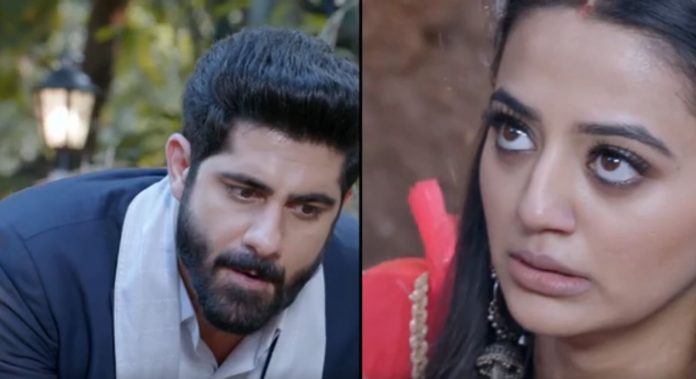 Ishq Mein Marjawan 5th November 2020 Written Update Riddhima pushed into grave Vansh loses Ragini. He understands that Riddhima has fulfilled his challenge and reached before him to take Ragini with her. He rushes back to home in another car arranged by Angre. He wants to check if Riddhima is there in her room or not. He loses his cool. He decides to punish if she is at fault this time. He wanted to get important information from Ragini, for which he had kept her protected since the last three years. He doesn’t want his enemies to harm Ragini.

He never knew that Riddhima is also working for his enemies. Riddhima sends Ragini with Kabir. She asks Kabir to ensure Ragini’s safety, but Kabir has other plans. Kabir wants to kill Ragini so that Anupriya and his secret don’t come out. Ragini was aware of the truth that Kabir is Anupriya’s son, who wants to ruin Vansh. She was earlier attacked by Kabir, while Vansh and Aryan were just the suspects. Kabir wants to end Ragini’s life this time. Riddhima thinks she has saved Ragini from a devil called Vansh. Kabir laughs that Riddhima isn’t aware of his truth, that he is the real devil. He pities Ragini.

He is grateful to Riddhima for being a big fool to assist him in his mission against her husband, who isn’t evil at all. Riddhima reaches VR mansion after Vansh. She fails to make an entry through the door or window to reach her room first. Vansh knows that just Riddhima can dare to cross his way. He knows that Riddhima has fooled Ishani by acting to be sick. He knows its Riddhima who has taken Ragini.

Kabir plan to take Ragini hostage. Vansh can’t wait for a second. He runs upstairs fuming in rage. He doesn’t find Riddhima. He instead finds the pillows in her place. He screams out his anger. Ishani gets angry to see his wrath. She wants him to punish Riddhima. She asks Vansh not to spare Riddhima this time, else it will be like feeding a traitor. Riddhima lays her trust on Kabir. She asks Kabir to just take care of Ragini. She tells that she has full faith on him. Kabir laughs in his heart and fools her. He promises to look after Ragini well. He tells her that she can leave Vansh’s house now since their motive is fulfilled. Riddhima tells that she wants answers from Vansh, she needs a closure. She regrets to love a devil.

She apologizes to Kabir for breaking his heart. She feels she deserves a heartbreak too. She tells him that she will be confronting Vansh and then leave his house on getting her answers. Kabir wishes her all the best. He asks her to get Vansh punished. He brainwashes her further before asking her to go to Vansh.

Riddhima sees Vansh and stays away from him. Kabir goes away with Ragini. He thinks he has fooled Vansh and Riddhima. He feels victorious to defeat Vansh. Vansh finds Riddhima and interrogates her in detail to catch her lies. He knows that she is lying. She tries hard to convince him that she was at home. She doesn’t admit that she had gone to save Ragini. He gets angry at her. He drags her to the backyard. He pushes her into the grave. He warns her again and again, but she doesn’t deter. He tells her that he had dug out the grave for someone who deserved to die, but it seems Riddhima deserves the grave even more. He asks her to rest in peace inside the grave. Riddhima is terrified by his rage. Kabir informs Anupriya that he got Ragini with him. He tells her that he will not spare Ragini now. He drugs Ragini to make her life hell.

Will this get true or will it just be her dream? Will Vansh find out her deceive and really punish her? Will Riddhima be able to save Ragini from Kabir? Will she realize that Vansh was actually Ragini’s savior? She has sent Ragini with the culprit Kabir and put her in danger. Vansh saves Riddhima from the grave on seeing her surrendering. He tells Riddhima that Uma was murdered and he had vowed to punish her murderers, just Ragini could have helped him in finding the murderer’s name.

He feels he lost Ragini who could have given him the murderer’s name. He tells that he deserves to be buried alive in the grave, he had dug the grave for himself, he couldn’t keep his promise to Uma and deserves to die. Riddhima’s illusion about Vansh breaks. She realizes that she had doubted Vansh for wrong reasons. She starts regretting when Vansh shares the complete truth with her. Kabir and Anupriya were the culprits who killed Uma and also tried to kill Ragini before. Vansh wanted to protect Ragini from Uma’s murderers. He clears Riddhima’s misunderstanding completely. Riddhima gets her faith back on Vansh. Will Riddhima and Vansh be able to save Ragini in time and uncover his real enemies? Keep reading.

Reviewed Rating for this particular episode Ishq Mein Marjawan 5th November 2020 Written Update Riddhima pushed into grave: 5/5
This rating is solely based on the opinion of the writer. You may post your own take on the show in the comment section below.