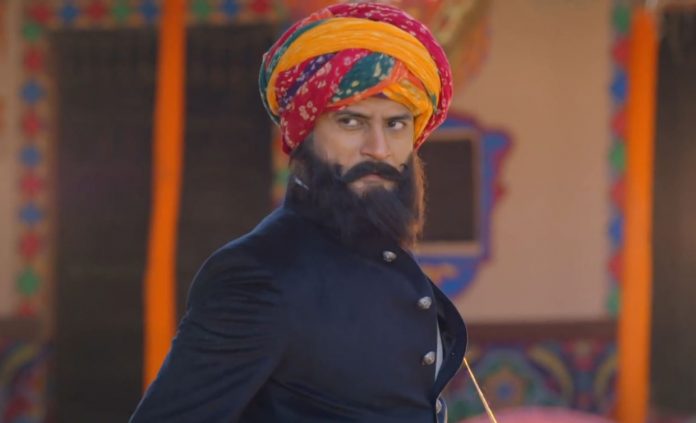 Shaadi Mubarak 5th November 2020 Written Update KT makes heroic entry KT takes blessings from Buasa and surprises her with his wonderful words. He tells Buasa that he took her blessings since that’s the best fees for him. He wants to share the fees with his partner Preeti. He gives much respect to Preeti which pleases Buasa and Kusum. Buasa finds him a good-hearted man. She tells KT that she will like to invite him to her village as well. KT jumps with excitement. He wants to be there before Preeti.

He loves villages a lot. He tells Buasa about his love for his soil and roots. Preeti is afraid that the village people will take KT and her partnership in a wrong way. She doesn’t want him to come. She refuses to KT, which makes him question her. Buasa doesn’t think like Preeti. Preeti makes many excuses to stop KT. KT isn’t stoppable this time. He just wants to visit the village and make the wedding arrangements in such a way that every couple wishes to get remarried. KT promises Buasa that it will be the best wedding in the village.

Buasa is happy to invite Kusum’s family as well. On the other hand, Tarun goes mad in anger that Buasa slapped him. Rati is upset after seeing his insult. She feels his relatives will also end ties with him after knowing about Buasa’s slap. Buasa invites Tarun and Rati in her wedding. Tarun gets glad to get a chance to belittle Preeti. He wants to teach a lesson to Preeti. He makes a plan. He asks her to become the perfect Bahu to make everyone forget Preeti. He counts on Rati for help. Rati faces a big challenge.

She thinks it will be difficult for her to act like a perfect bahu in the village set up. She isn’t ready to work for relatives. Tarun wants her to manage for few days. Preeti wants to stop KT from coming to the village. KT makes arrangements for himself by asking his staff to accompany him. Preeti poses a hurdle for him. She asks him to come alone. She doesn’t want him to feel bad. She tells that he can’t get staff along. KT gets upset that she isn’t understanding him. Preeti thinks finally she has convinced him to not come.

KT doesn’t share any other plan with her. Preeti tells Kusum that she has convinced KT to not accompany her. Kusum wants to know the reason for it. Preeti tells her that the village people have narrow minds who won’t be able to understand her work relationship with KT. She doesn’t want anyone to judge KT wrongly because of his carefree behavior. She adds that she doens’t want KT to get insulted in the village. She has taken the decision just for KT. Preeti doesn’t want to lose any respect in her relations. She makes Kusum understand her point.

Rati prepares for her act of a perfect Bahu. She seeks his mom’s help. She wonders if Buasa and Preeti conspired to insult her in the village. She tells that Buasa can’t forgive Tarun so soon but still invited him. She suspects Preeti as well. Rati conspires to spoil Preeti’s image and character in the village so that she loses all the respect. Rati thinks if she can’t make her image better, then she should target to ruin Preeti’s image.

The family arrives at Buasa’s village. Rati tries to keep up a good act. Everyone in the village is aware of Rati’s cleverness and evil to oust Preeti from the house. The ladies dislike Rati. Tarun gets to hear the taunts and keeps calm. Buasa pays much respect to Preeti. Some of the relatives are unhappy to see Preeti winning all the praise. Preeti manages to surprise Buasa. KT arrives there to surprise Preeti. Preeti misses him. KT wants to disclose his identity to them. He keeps a disguise to add up fun.

One of the relative, Baldev creates a scene and mentions that women look good just inside the house, they shouldn’t step out to work. He feels women bring disgrace for the family once they start working. He criticizes Preeti’s work. Buasa takes a stand for Preeti. She tells Baldev that she has full faith on Preeti, whose character is strong and pure. Preeti wants to keep Buasa’s trust. Baldev meets KT, and taunts about KT and Preeti’s relationship. Rati plans to defame Preeti by using KT’s name. What will Rati do against Preeti?

Reviewed Rating for this particular episode Shaadi Mubarak 5th November 2020 Written Update KT makes heroic entry: 5/5
This rating is solely based on the opinion of the writer. You may post your own take on the show in the comment section below.