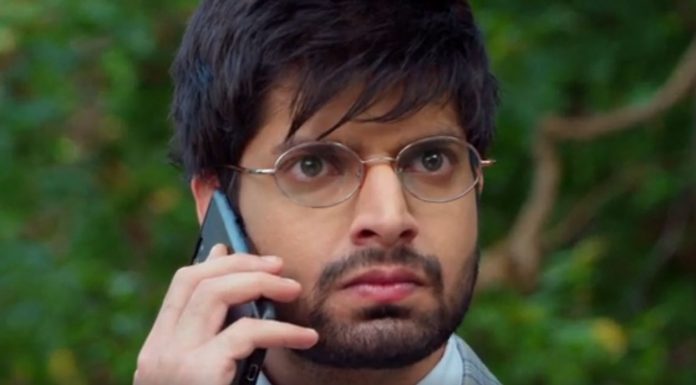 Choti Sardarni 7th November 2020 Written Update Manav gets Karan from Kulwant Rane wants to know whom will Kulwant blame for Karan’s disappearance. Manav calls her and demands to know about his son. Kulwant is glad that her plan i working. She tells him that Karan is just behind him. She shows him Bittu, who gets Karan to him. Bittu hands over Karan to him. Manav is happy to get his son. He hugs Karan happily. He forgets everything when he gets Karan.

Bittu wants Manav to talk to Kulwant. Manav tells Karan that they will always be together now. He shows the surprise to Karan. Karan is comfortable with him. Bittu asks him to not go away soon and finish the talk. Kulwant tells Manav that she always keeps her promise. She asks him to keep his promise. She tells him that he should remember the deal. He remembers the deal. He had promised Kulwant to save her from the case if she gets Karan for him. Kulwant wanted to get rid of the case tensions. She got Karan from Meher’s house on his orders.

Meher can’t tell anything to Sarabjeet. She doesn’t answer his calls. Sarabjeet messages her. He thinks she has gone for Karan’s vaccinations. He encourages her. Manav takes Karan with him. He tells him that they will spend time together. He feels he has got his world’s happiness. He feels he got his world. He plays a song for Karan. Meher calls him.

Manav doesn’t see her calls. Meher goes to his house to check about him. Param is much upset that Karan is missing. He wants to tell Sarabjeet to bring Karan home. He calls to inform Sarabjeet that Karan is missing. Aditi meets her friends. She tells them that Vikram is too busy in his work. She doesn’t know that Vikram is at the same restaurant. Manav brings Karan to the same place to spend time with him. Aditi calls him, but he doesn’t answer. Harleen calls home to check on the family. She fails to know anything. Robby tells her that he also wants respect as Vikram receives.

Kulwant angrily scolds them. She asks them to think big. She tells that Vikram will give them freedom from the case, he will handle Meher as well. Kulwant tells that Meher will snatch Karan from Manav. She knows that Meher will get Karan back and they will get their freedom.

Meanwhile, Meher reaches Seema to know about Karan. She asks for Vikram. Seema enquires about Sarabjeet seeing her cry so much. Manav has Karan with him. He sets a room for his son. Karan cries a lot. Manav wants him to forget his parents. He tries hard to console Karan. Meher wants to meet Vikram and asks Seema to call him. Seema calls Manav, but he misses the calls. Manav finds Karan is hungry. He tries hard to take care of the baby. He fails to pacify Karan. Manav realizes that its not easy to handle Karan without Meher. Karan gets locked in the hotel room while Manav goes to arrange milk for him. Meher informs Sarabjeet that Vikram has kidnapped Karan. Sarabjeet rushes out of the hospital to find his son.

Reviewed Rating for this particular episode Choti Sardarni 7th November 2020 Written Update Manav gets Karan from Kulwant: 3/5
This rating is solely based on the opinion of the writer. You may post your own take on the show in the comment section below.