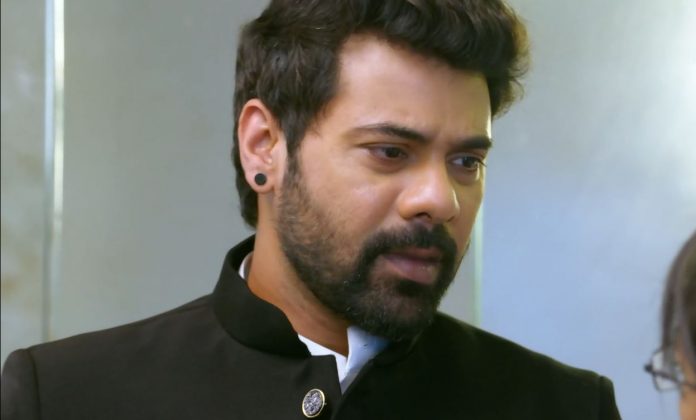 Kumkum Bhagya 12th November 2020 Written Update Abhi senses danger Dida tells Ranbir that Prachi has broken the family before the marriage, she will snatch Ranbir forever if the marriage happens. He tells them that Ranbir has shouted on her for the first time. Ranbir apologizes to her. He tells Dida that he is really sorry to her, its not Prachi’s mistake. Dida tells him that Prachi has cheated them and trapped him into love. She asks Ranbir to understand that love doesn’t create troubles for anyone.

Vikram asks Ranbir to get out, Dida’s state is bad because of Prachi. He throws out Ranbir from the room. Pallavi tells Ranbir that they aren’t ready to accept Prachi. She tells that her decision is final. Sanju and his childhood friend meet Rhea and Aaliya. Sanju asks Rhea to come to the point and tell the plan. He gets into an argument with Aaliya. Aaliya asks him why does he accept defeat soon. She tells that its painful to fight the family, but Ranbir is going against his family because he loves Prachi.

Ranbir sheds tears that his family isn’t understanding him. Prachi finds him shattered. She can’t see him like this. Prachi pacifies him. Aaliya asks Sanju to kidnap Prachi and marry her. Sanju likes the idea. He wants to take Prachi to his town. Aaliya tells him that she will help him in the plan. Ranbir and Prachi get into a sweet moment. Prachi tells him that she loves him. Ranbir finds happiness in the moment of sorrow. Prachi makes him smile. Sarita wants to tell Abhi that Pragya just loves her husband. She doesn’t want him to get after Abhi.

She misunderstands him. Abhi meets Sarita. She thinks he likes Pragya. She wants to tell him that Pragya will never like him. Abhi asks him about Pragya. Sarita avoids him. Abhi goes to get some fruits. He gets his finger cut by the knife. Prachi finds him hurt. She cares for him. He tells her that he knows her mum also, she is just like her mum. Pragya interrupts them. She sends away Prachi. Abhi gets upset that Pragya stopped him again. He tells her that he wants to tell Prachi that he is her dad. Pragya also cares for his wound.

Pragya is much upset by the growing distance between them. She wishes the truth to come out when Prachi is mentally prepared. Sanju stares at Prachi. He goes after her to kidnap Prachi. Pallavi tells the pandit that Ranbir will perform the Raavan Dahan rituals. Pandit asks him to change clothes and come. Pallavi stops Ranbir from giving them stress. Ranbir wants to tell Rhea that he can’t get engaged to her. Prachi finds Sarita worried for some reason.

Sanju gets a chance to kidnap Prachi. Sarita stops him to question him further. She suspects him. Sarita calls up Prachi. She finds Prachi’s phone ringing. She realizes that Prachi is inside the sack, Sanju has kidnapped her. Abhi suspects Sanju and asks him to remove his beard. Sanju attacks him. Abhi informs Pragya that Prachi is in danger.

Reviewed Rating for this particular episode Kumkum Bhagya 12th November 2020 Written Update Abhi senses danger: 5/5
This rating is solely based on the opinion of the writer. You may post your own take on the show in the comment section below.