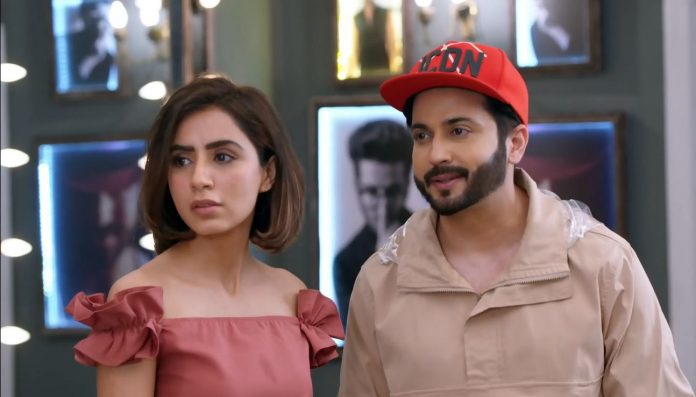 Kundali Bhagya 12th November 2020 Written Update Unexpected showdown Preeta is happy to see Sarla getting much respect in her Sasural. Karan, Rishabh and Kritika continue to fight for the laddoos. Sarla pampers Sherlyn, knowing that she is pregnant. She tells Preeta that she wanted Sherlyn to have the laddoos so that her baby stays healthy. She tells that even if some people are bad, the good people have to stay good. Bani finds Sarla emotional. She asks Sarla to stay with them for a day and spend time with Preeta.

Sherlyn and Mahira don’t want Sarla to stay back. Bani asks Sarla to see Karwachauth event at their house. Sarla takes a leave from Bani. She tells that she is happy to see the family supporting Preeta. Preeta smiles with real happiness that her mother got the deserved respect. Sarla sees Karan and entire family respecting Preeta and accepting her in the family. She wishes that nobody comes between Karan and Preeta’s happiness.

Ramona makes an entry there on Mahira’s call. She makes sure that Sarla’s happiness gets ruined. She meets Mahira. Mahira acts in front of Luthra family. She shows how upset she is. Ramona tells Mahira that she was much worried for her. She wants Mahira to forgive her. Ramona apologizes to Luthra family as well. Ramona hugs Mahira. She tells that she also accepts Karan as Mahira’s husband. She asks Mahira if she is keeping the fast for Karan.

Mahira tells that she is really keeping the fast. Ramona tells them that she has made laddoos for Mahira. She asks Mahira to have it. Sarla wants to know why isn’t the family stopping Mahira from keeping the fast. She wants Karan to reply her. She asks Luthra family to stop Mahira’s madness. Ramona tells that Mahira was going to marry Karan, she regards him her husband and wants to keep the fast. Sarla asks Bani to control Mahira from ruining Preeta’s marriage.

Kareena tells that Preeta is keeping her Karwachauth, Mahira’s fast shouldn’t matter, since Mahira isn’t snatching Preeta’s right. Ramona and Sarla get into an argument. Preeta finds Mahira crossing limits. She can’t see her mother’s insult. Sarla reminds them that Preeta is Luthra family bahu. Bani requests them not to fight. She asks Sarla to calm down. Sarla tells that if Mahira is allowed to keep the fast, then she will claim the rights as well. She asks Bani why isn’t she taking any action in favor of Preeta.

Ramona threatens to send Preeta to the jail. She tells that Mahira has favored both the families. She asks Sarla to step back. Sarla isn’t scared of anything. She tells that Karan and Preeta got married twice, and Mahira is nowhere between them. Sarla asks Luthra family to make Mahira out. Bani is troubled watching the argument. Preeta asks Sarla to let it go. Sarla can’t see Preeta’s rights given to anyone else.

She asks Preeta not to keep her esteem low. She wants Preeta to take a stand for her rights. Mahira shouts on Sarla. She threatens to die. Preeta warns Mahira against shouting on her mother again. She tells that she will reveal the truth to the family. Bani gets fed up of the arguments. She makes a leave. Ramona asks Preeta to leave the family and go away. She curses Preeta. Bani threatens to commit suicide if the families don’t end the matter.

Reviewed Rating for this particular episode Kundali Bhagya 12th November 2020 Written Update Unexpected showdown: 2/5
This rating is solely based on the opinion of the writer. You may post your own take on the show in the comment section below.