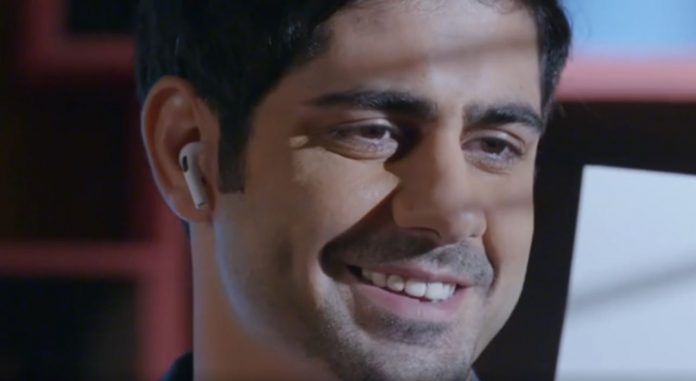 Ishq Mein Marjawan 16th November 2020 Written Update Vihaan plans his entry Anupriya informs Kabir about the next step of their plan. She asks him to come home for the investigation update on Vansh’s case. Kabir tells her that he will be coming home to never leave. He wants to get his position firm in the house. She tells him that emotional drama will help them get their goals fulfilled. Anupriya gets Kabir’s childhood stuff. She creates a huge drama around it. She tells Dadi that she lost her little son, who was kidnapped many years ago.

She tells that she isn’t aware of his survival or identity. Dadi knows Anupriya’s sheer regret. She sympathizes with Anupriya. Riddhima too falls in Anupriya’s words. She feels Anupriya’s pain of losing her son. Anupriya doesn’t want anyone to take away her son’s memories. She tells them that she will always keep her son’s signs as a memory. Kabir happens to make a timely entry at the same time. He gets to see those memories and connects with them. He comes up with a very predictable act. He asks Anupriya about the stuff.

She replies that the stuff belongs to her son whom she lost many years back. Kabir reacts shocked for a while. He discloses that he is Anupriya’s long lost son. He reveals that he was also trying to find his identity since years, he was also an orphan, who had no idea about his parents. Kabir’s drama looks so planned, but none in the family guesses the truth. Riddhima gets convinced that Kabir is Anupriya’s son, but doesn’t get to know their plans. Anupriya emotionally unites with her son. She wants Dadi to permit Kabir to stay with them in VR mansion.

Kabir claims his rights on VR mansion. He tries to convince Ishani and Aryan as well, who are the two smart people in the house along with Riddhima. Ishani suspects Riddhima and Kabir. She still can’t believe the way Riddhima and Anupriya told them a story of Vansh’s demise. On the other hand, Vihaan begins his plan to take up Vansh’s identity and enter VR mansion. He impersonates Vansh. He tells Riddhima’s picture that he is going to come soon to meet her. Vihaan will be becoming Vansh. But is Vihaan really Vansh or not? Keep reading.

Chanchal wants Aryan to become the heir of the family business. Aryan informs him that Vansh has left everything to Dadi, which means they won’t get a penny. He grows angry that Vansh has not left anything for the family members. Chanchal doesn’t think its wrong, since Dadi will not snatch anything from the family. Similarly, Ishani is relieved that Vansh used his sense and didn’t leave any of the property to his dear wife Riddhima. She wants to break down Riddhima and get the truth out of her. Riddhima is living with Vansh’s memories. Chanchal asks Aryan to be a good son for the family and impress Dadi, so that she gives everything to him on her own. She doesn’t think its a tough task. Aryan agrees to her idea.

Anupriya and Kabir make a foolproof plan to fool the family. Anupriya gets her son’s stuff to cook up the emotional story of the child kidnapping. She makes sure that Riddhima believes her. Riddhima falls in her emotional trap and forgives her for the past mistakes. She just sees a sorrowful mother in Anupriya. Anupriya gets inconsolable. The entire family supports her when she cries her heart out for her son, who may not be alive. She plants the kidnapper’s regretful letter to make the family believe her.

Moreover, Kabir meets Riddhima to bid her bye forever, since he is leaving the city and also her life. Riddhima doesn’t want to see him again. He asks her to forgive him if possible. He tells her that he will apologize to the family and leave. The family doesn’t want to talk to him. Riddhima advises him to just go away. Kabir creates a huge drama in the house after seeing his belongings with Anupriya.

He makes everyone believe that he is Anupriya’s son by narrating the same story to them. He tells them that he was kidnapped, but rescued by a police officer, who raised him and made him a capable police man himself. He unites with his long lost mother Anupriya. Ishani and Aryan also get their answers from Kabir. Kabir acts to take Anupriya with him. He emotionally blackmails the family. Dadi doesn’t let Anupriya go away with him. Dadi asks Riddhima to take the decision since she is Vansh’s wife. She gives the right to Riddhima. Dadi doesn’t want her Bahu to go away. Riddhima takes the decision in Anupriya’s favor. She also wants Anupriya to not leave the family. She lets Kabir stay with them.

Kabir and Anupriya enjoy their big win. Kabir gets his place in VR mansion with much ease. He tells the family that he is very happy to get his mother back. Anupriya grows emotional, which makes Riddhima quiet. Riddhima doesn’t suspect Kabir, but doesn’t want him to stay around. Kabir tells her that he isn’t Vansh, he is just staying there for the sake of his mother. He doesn’t compel Riddhima to accept him. Kabir still has a wish in his heart that Riddhima forgets Vansh and returns to him, so that his male ego gets satisfied. He can’t lose Riddhima to Vansh.

Ishani and Aryan can’t stand Kabir in the family. They don’t want Kabir to ruin the family. They think Riddhima had taken the wrong decision to allow Kabir to stay with them. Ishani fears that Kabir is using Anupriya’s son’s story and got an entry in the family to take revenge on Vansh’s family. She alerts Aryan of Kabir’s intentions. Aryan tells that he wants to just punch Kabir out. Ishani too is very much angry. Riddhima reminisces Vansh, who always wanted to find Anupriya’s son and give him rights on the family. Vansh loved and respected Anupriya a lot. He wanted to find her son and bring him home to surprise Anupriya.

Riddhima keeps Vansh’s wish by allowing Kabir in the family. She gets into an argument with Kabir, who is responsible for Vansh’s death. Kabir wants her to forget everything. He tells that he is also rich like Vansh now, sharing the same status. Riddhima tells that he can never become Vansh even if he takes seven births. Kabir controls his anger on the insult. He wants to kill Riddhima if she comes in his way again. Riddhima will be learning Kabir and Anupriya’s plans in the next episode, while Kabir will threaten to kill her if she dares expose his truth to the family. What will Riddhima do now? When will Vihaan make an entry in Riddhima’s life? Keep reading.

Reviewed Rating for this particular episode Ishq Mein Marjawan 16th November 2020 Written Update Vihaan plans his entry: 4/5
This rating is solely based on the opinion of the writer. You may post your own take on the show in the comment section below.