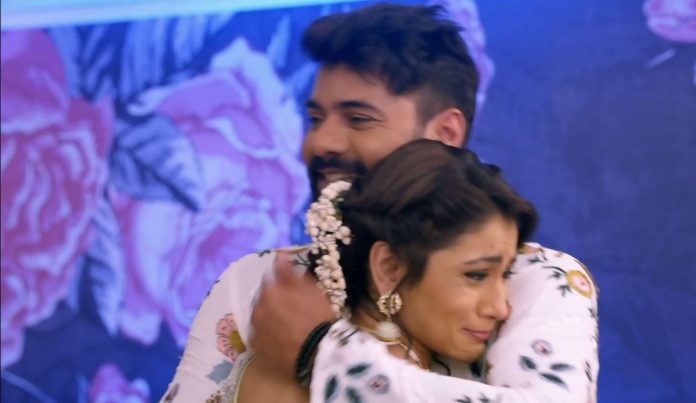 Kumkum Bhagya 16th November 2020 Written Update Pragya Abhi special moment Dadi wants to gift a ring to Pragya. Abhi is happy to see Pragya home. Dadi sees Abhi sneaking inside by the window. Abhi tells that he is liking the fact that he jumped inside the window since years. Dadi tries to bring them together. She asks Abhi to spend time with Pragya. He goes nervous just like Pragya.

They subside their differences for some time again. He compliments Pragya on her diwali look. He tells her that he loves to see her. She tells him that she also wants to tell him something. He tells that he already knows that he looks dashing, she wants to compliment him. She tells that Meera was going mad on his look. Pragya gets jealous on hearing about Meera. He gets too happy to see her jealousy and angry.

Ranbir gives a cute surprise to Prachi. He wishes her happy diwali. He asks her to read his hidden love confession in the diyas. He explains her that they will be soon uniting, their names will get formed into one. Abhi and Pragya don’t want to fight again. He asks her not to fight so much. She doesn’t think she fights. He tells that he asked her to leave him alone, but it was just in anger.

She wants to tell him that she loves him. She apologizes to him. He forgives her without knowing the reason. He tells that he has no strength to tolerate anything now. She doesn’t want to keep him away from Prachi. She tells that she wants things to get better between Prachi and Rhea. She tells him that she is proud that he is father of her daughters, he is the best father. Abhi feels light that he is hearing such praise from her. He tells her that he was much burdened by her blames when they lost Kiara.

He tells that he will become a superman for his daughters Prachi and Rhea. Pallavi and Dida regret to ill treat Prachi. They don’t want Prachi to come between Ranbir and Rhea. Dida pacifies Pallavi, who feels hurt after hurting Prachi’s sentiments. Pallavi tells that she isn’t any evil lady, but she wants her son’s happiness. Sarita looks for Pragya. She doubts that Pragya is with Abhi. She knows Prachi is with Ranbir. Ranbir asks Prachi to keep wearing his gifted ring. He compliments her.

Ranbir and Prachi hide from Rhea. He tells her that Rhea will misunderstand them. He doesn’t want anyone to think wrong about them. He promises to fix everything in their lives. He wants everyone to love and respect her. Prachi knows his emotions. Abhi tells Pragya that he misses her a lot. She also confesses that she longs for him. Dadi blesses them. Dadi gives them the special ring and reminds their the past wonderful memories. Abhi and Pragya have a union.

Reviewed Rating for this particular episode Kumkum Bhagya 16th November 2020 Written Update Pragya Abhi special moment: 5/5
This rating is solely based on the opinion of the writer. You may post your own take on the show in the comment section below.