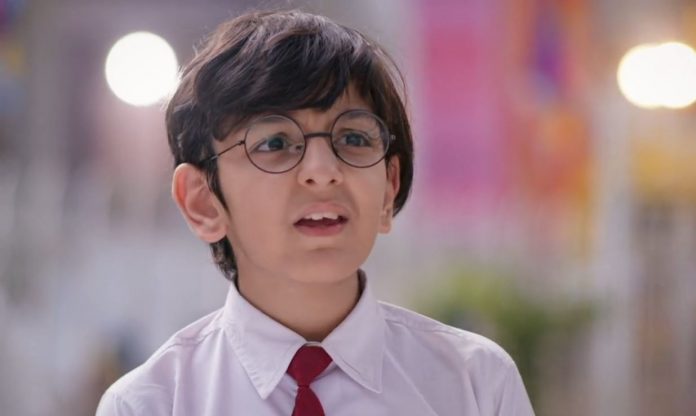 Yeh Rishta Kya Kehlata Hai 16th November 2020 Written Update Kairav in trouble Kartik and Naira try to manage their work well by increasing their efficiency. He completes the office work just to spend time with the family. They rush on Kairav’s call. Kairav makes a lovely painting. He gets upset when his painting gets spoiled. Kairav tells them that the paint fell over their picture and his painting as well. He doesn’t want them to punish him.

Naira tells him that if a mistake has happened, she will never punish him. Kartik and Naira pacify Kairav. They don’t want Kairav to feel upset for anything. Kartik tells Manish that he has completed the presentation. Manish asks him to accompany to the office. Kartik asks him to check the presentation himself. He is committed to drop Krishna to the school. He tells that he will attend the meeting and not miss anything.

He tells that he will prove that he is efficient to manage family, children and work. He tells that he is trying to learn from efficient people. He doesn’t want to miss the moment of Krishna’s first day at school. Krishna likes the school. She is nervous. Kartik asks Krishna not to worry that she is going to a lesser standard. Naira wants Krishna to work hard and get a place in higher standard. Naira asks Kairav not to make mistakes and be a good boy. She asks the kids to go and study well. Kartik and Naira send the kids inside the school.

They don’t want any tension. They spend time together. Naira tells him that Kairav forgot the painting kit in the car. She wants to go and hand it over to Kairav. She comes across a guy Dhruv who bullies little kids. She makes the guy apologize. Dhruv gets to see Kairav, who is Naira’s son. He wants Kairav to pay for Naira’s mistake to insult her. Dhruv starts troubling Kairav. Vansh tells that Dhruv is a senior. Krish fears that seniors will bully them. Kairav doesn’t know what problem is approaching him.

Moreover, Kartik and Naira spend quality time to refresh their love. She challenges him to bring the old time back. He takes the challenge. Dhruv offers Kairav to join his group. Kairav asks him to take Krish and Vansh along. Dhruv agrees to welcome them to the group. He lies to them that their group is really cool. He misleads the kids to put them in trouble. Kartik and Naira enjoy their time by rocking on some good song. Dhruv wants Kairav to fulfill the challenge so that he gets expelled from the school. Dhruv wants him to fire a gun and prove his courage.

Kairav foolishly accepted the dangerous challenge. The kids return home. Kairav hides the challenge from the family. Krishna tells Kartik that her first day went well. Kartik and Naira tell Kairav that challenges are good and they should accept it so that they know their strength. Kairav thinks he should also fulfill Dhruv’s challenge. Will Kairav make a big mistake this time? Keep reading.

Reviewed Rating for this particular episode Yeh Rishta Kya Kehlata Hai 16th November 2020 Written Update Kairav in trouble: 2/5
This rating is solely based on the opinion of the writer. You may post your own take on the show in the comment section below.