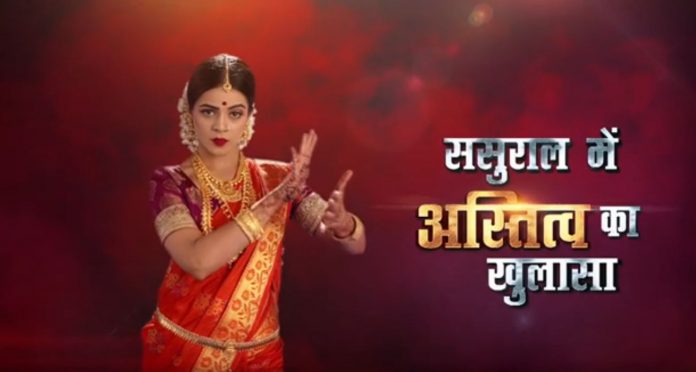 Choti Sardarni Shakti 25th November 2020 Written Update Manav gets a help in the form of Robby and Pathak. He didn’t know that they are willing to take revenge on Sarabjeet. Aditi informs Sarabjeet that Vikram has gone for an important meeting with Devika Pradhan, who is a famous lawyer. She doesn’t know that its about Karan’s custody. She thinks Vikram is working on his new case. Sarabjeet and Meher learn about Devika, who sends them a summon. Devika wants to meet them to know about the case details from their side.

Meher doesn’t know who is Devika and why does she want to meet them. Sarabjeet doubts that Vikram is up to something. Meher asks why is Vikram meeting the lawyer when they have explained him about Karan well. Sarabjeet is also confused. Manav wants to get DNA sample of Karan to prove that Karan is his son. He informs Devika that he will arrange the test reports soon.

Robby tells him that he will get the DNA sample some how without letting Meher know. Pathak wants Manav to help them against Sarabjeet. Will Manav join hands with Sarabjeet’s enemies and ruin him to get Karan back? Will he become Sarabjeet’s enemy or handle the matter with maturity? What will happen next in the custody battle?

There will be a big revelation of Heer’s kinner identity in her Sasural. Heer’s truth comes out because of Shanno’s rage. Shanno is much humiliated by Preeta. She swears revenge. She goes mad and burns in the fire of hatred. She can’t see Heer happy. She decides to reveal Heer’s truth to take revenge for her humiliation. She reaches Heer’s Sasural. She creates a huge drama to reveal that Heer is a kinner. Preeto and Virat are worried that Heer will shatter on knowing the truth. What will happen when Heer’s identity comes out? Keep reading.

Sarabjeet apologizes to Meher. He tells that he can never accuse anyone falsely. Manav also tells Devika that he will not falsely blame Meher and Sarabjeet, who are really decent and responsible. He tells that he will never stoop low. She tells him that he will lose the case if he doesn’t accuse Sarabjeet and Meher as incapable parents. He tells her that she is thinking as a lawyer, but he is thinking as a parent. He doesn’t want to make the custody battle an ugly one. Devika understands his concern.

She holds him, which gets seen by Aditi. Aditi misunderstands that he loves Devika and reacts in anger. Meher thanks Sarabjeet for always understanding her. Aditi confronts Vikram. He wants her to relax and know the matter. Aditi asks him if he is having an affair with Devika. She sheds tears. He doesn’t tell her about Manav. He stops Aditi from accusing him. He tells that Devika is his lawyer. She tells that she is behaving like a lover. He proves to her that Devika is a lawyer. Devika finds Aditi a suspecting wife.

He asks Aditi to check Devika’s profile. He also presents the CCTV footage of his office. He tells that he didn’t know Devika before. Aditi apologizes to him. He tells her that he understands her well. Aditi informs him about her flight. She wants him to have lunch. She goes away. Sarabjeet tells Meher that they shall find another way to handle the custody matter. Aditi calls them. She asks Meher for a favor.

Sarabjeet asks her why is she crying. Aditi makes an excuse. She wants to send the flower bouquets and apologize to Vikram and Devika. She tells him about Devika Pradhan, whom Vikram met. She tells about her mistake of judging Vikram wrong. She regrets for her childish behavior. Meher tells that she should apologize, the bond gets stronger. Sarabjeet tells that they will send beautiful bouquets for Vikram and Devika. He asks her not to worry. Sarabjeet orders the bouquets. Meher wonders why is Vikram meeting a lawyer. She asks Sarabjeet to find about Devika.

Manav gets the bouquet from Aditi. He wants to keep good terms with Aditi, as Devika advised him. She has asked him to take Aditi in confidence, so that she can agree to take care of his son Karan. She tells that Aditi can look after Karan well if he gets her consent. He behaves nicely with Aditi. He tells that he isn’t upset with her. Aditi gets relieved that he liked her sweet gesture. He tells that he likes her possessiveness.

He tells that one can cross any limit in love, he understands her. He can do anything to get Karan. He wants Aditi’s consent for Karan’s custody. He is pretty sure that he will soon get Karan. Sarabjeet searches about Devika. He informs Meher about Devika’s success rate. Meher asks if Vikram hired the top lawyer for snatching Karan. Sarabjeet tells that he has hired the lawyer who had defeated Devika in a case.

Robby and Pathak analyze that they can take their revenge on Sarabjeet by defaming him. Robby tells that he can reveal the truth to Harleen and create a big storm. Pathak has a bigger plan. He tells that he will make such a plan that even the biggest player Kulwant can’t understand. He wants to use Vikram and Kulwant in his plan against Meher and Sarabjeet. Kulwant learns that Amrita is leaving the house. She stops Amrita from going out. She asks Amrita what is she taking home.

Amrita tells that she isn’t a thief to steal anything. Kulwant reprimands her for breaking the family. She asks her to go inside the house. The family thinks Meher can solve their problems, since Kulwant is troubling a lot. Amrita decides to meet Meher. Meher, Sarabjeet and Param take care of Karan. Karan doesn’t get calm. Meher tells that they have a way to pacify little Karan. She tells that Karan is too scared of injections. Sarabjeet tells that Karan has no vaccinations for a year now. Manav gives his blood sample. He wants to manage to get Karan’s blood sample without Aditi. Robby and Pathak meet him. Robby offers to help by getting Karan’s blood sample.

Reviewed Rating for this particular episode Choti Sardarni Shakti 25th November 2020 Written Update: 5/5 This rating is solely based on the opinion of the writer. You may post your own take on the show in the comment section below.