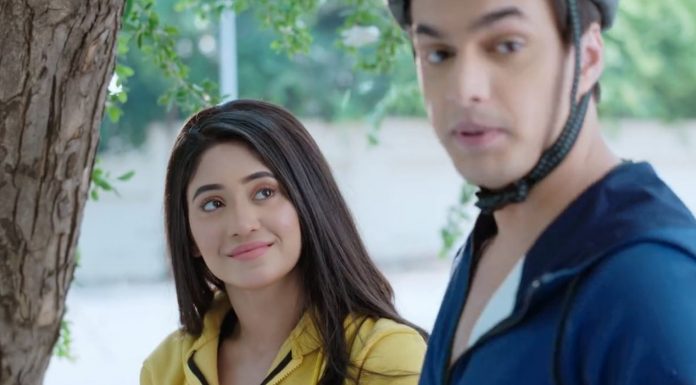 Yeh Rishta Naira Kartik caught 4th December 2020 Update Kartik gives a lovely surprise to Kairav in the form of the jungle theme party for Kairav’s birthday. He tells Kairav that the theme party is just to please him. Kairav is really pleased and misses Naira. Kartik wants to tell him that Naira has suggested the jungle theme knowing Kairav’s likes and dislikes. Kairav tells him that she just loves the party. Riddhima makes an entry in the party with Kairav’s friends. Kairav is happy but doesn’t get much happiness that he would feel from his heart when Naira comes to meet him.

He wishes that Naira stayed the same as before, loving and caring. Kartik tells him that they have kept some surprises. Kairav is excited to know it. He dances with Riddhima and celebrates his joyful time. Kartik informs Riddhima that Naira is coming to meet Kairav. Riddhima is also away from her child, as it seems from her emotional tone. She tells Kartik that Kairav may not be responding well on meeting Naira, so its better to avoid it.

Kartik doesn’t want to upset Naira. He has already committed that he will be making Naira meet Kairav. He asks Riddhima to meet Naira and see her magic, Naira knows Kairav well and will manage his mood swings as well. Riddhima gets to meet Naira, who comes there in the nick of time when Kairav needs her help. Naira saves Kairav from a fall. Riddhima likes the way Naira embraces Kairav. Naira sings, dances and makes Kairav happy. She doesn’t want her truth to come out. She tells him that its time that she will be leaving.

Kairav doesn’t want her to leave. He loves Naira, who had surprised him as a clown. Kartik knows that Kairav is missing Naira already. Kartik tells Kairav that the clown will not go if he wants. Naira stays with Kairav and spreads her magic further. Kartik is glad to see them happy. He wishes that Kairav always stays happy and accepts Naira back in their lives. On the other hand, Gayu misunderstands Dadi who keeps a havan for Kairav and Kartik’s birthday. Gayu tells that her fate is bad that her son is suffering, Vansh never gets the love from Goenka family which he deserves. Dadi is conducting a puja for Vansh as well, but doesn’t tell Gayu.

Reviewed Rating for this particular episode Yeh Rishta Naira Kartik caught 4th December 2020 Update: 3/5 This rating is solely based on the opinion of the writer. You may post your own take on the show in the comment section below.